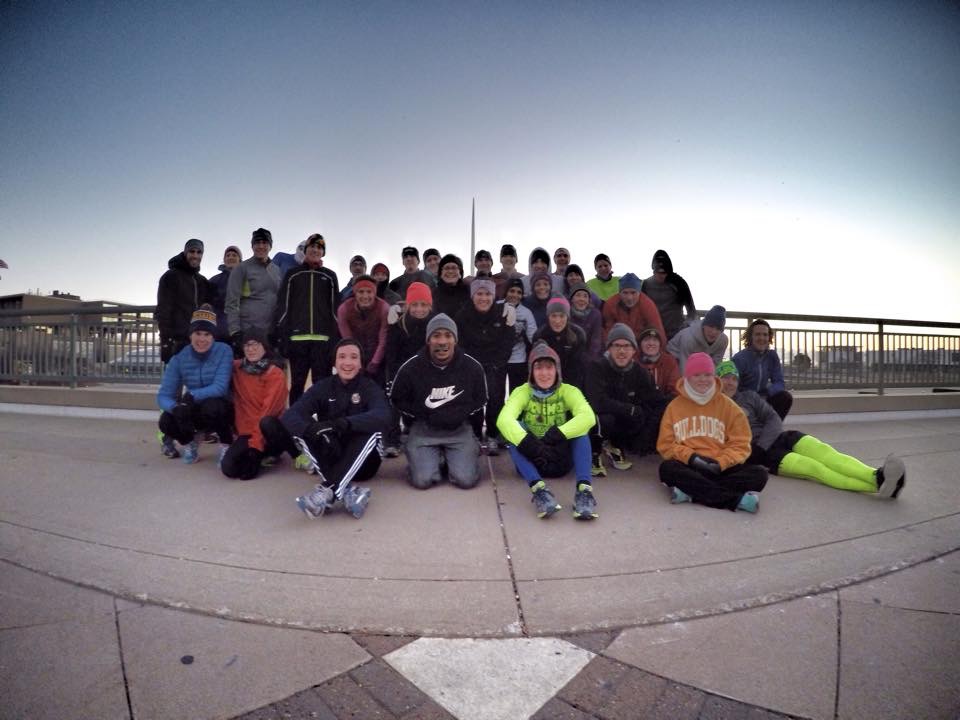 On January 21, 2014 my sister (Emily, Girl Schwabe) told me to contact Dan Graham. Although not yet acquainted with Dan, I was familiar with the name. He had started November Project Madison, known only to me at the time as “that crazy morning workout my crazy sister does.”  All I had heard for the past year was how (insert superlative) amazing, fun, tough, life changing etc…these works had become for her. Now, Dan (DG), was about to give birth to a new NP tribe in Milwaukee. Although not implicitly stated, it was assumed that if I didn’t make it to the first pledge workout, Emily would cut all familial ties and disown me as a brother. With kinship on the line, I agreed. DG had contacted me the same day and through only a few texts I could already tell this was going to be something special.

Fast forward 12 hours. Met with hugs from DG and Meggie and a -10 degree windchill, I channeled my inner Canuck and powered (see struggled) my way through 45 minutes of hills, stairs and hoistees. It was cold. But more fun that I thought possible in the middle of January, in a snow storm, in MKE. You get the picture. I was hooked. Towards the end of March, DG asked me if I wanted to help lead. My response: “fuck yeah.”

I could go on, and on, and on, about how November Project has changed my life. Suffice it to say that my life is better, in so many ways, because of NP. It has allowed me to grow by pushing my own limits. It has shown me that people are capable of doing so much more than they believe they can.

1) Find the good people in this world. Latch on and enjoy the ride.
2) You can always do more.
3) Start small. Think big. Always push creative boundaries.
4) Race everything.
5) Don’t make a single excuse, even if it’s a good one. Nobody is going to listen anyway. (See also, complaints).
6) Get outside.
7) Preparation is underrated.
8) Find your motivation and use it.
9) Awkward is a feeling that should not exist. Roll with the punches.
10) Strangers can turn into friends quicker than you ever imagined. Give them a chance.
11) Do what is right and trust in your decisions. It’s better to make a decision and be wrong than to never make a decision at all.
12) Make every day January 1st. You don’t need a single day to set or achieve goals.

This past year I’ve met more amazing people than I had the previous 24 years combined. To all co-leaders and members, thank you. It’s been an honor to sweat alongside you. Buckle up, World Take Over is going to be one hell of a ride. We’re not slowing down any time soon.

“I wish only to be alive and to experience this living to the fullest. To feel deeply about my days, to feel the goodness of life and the beauty of my world, this is my preference.” -Randy Morgensen, The Last Season