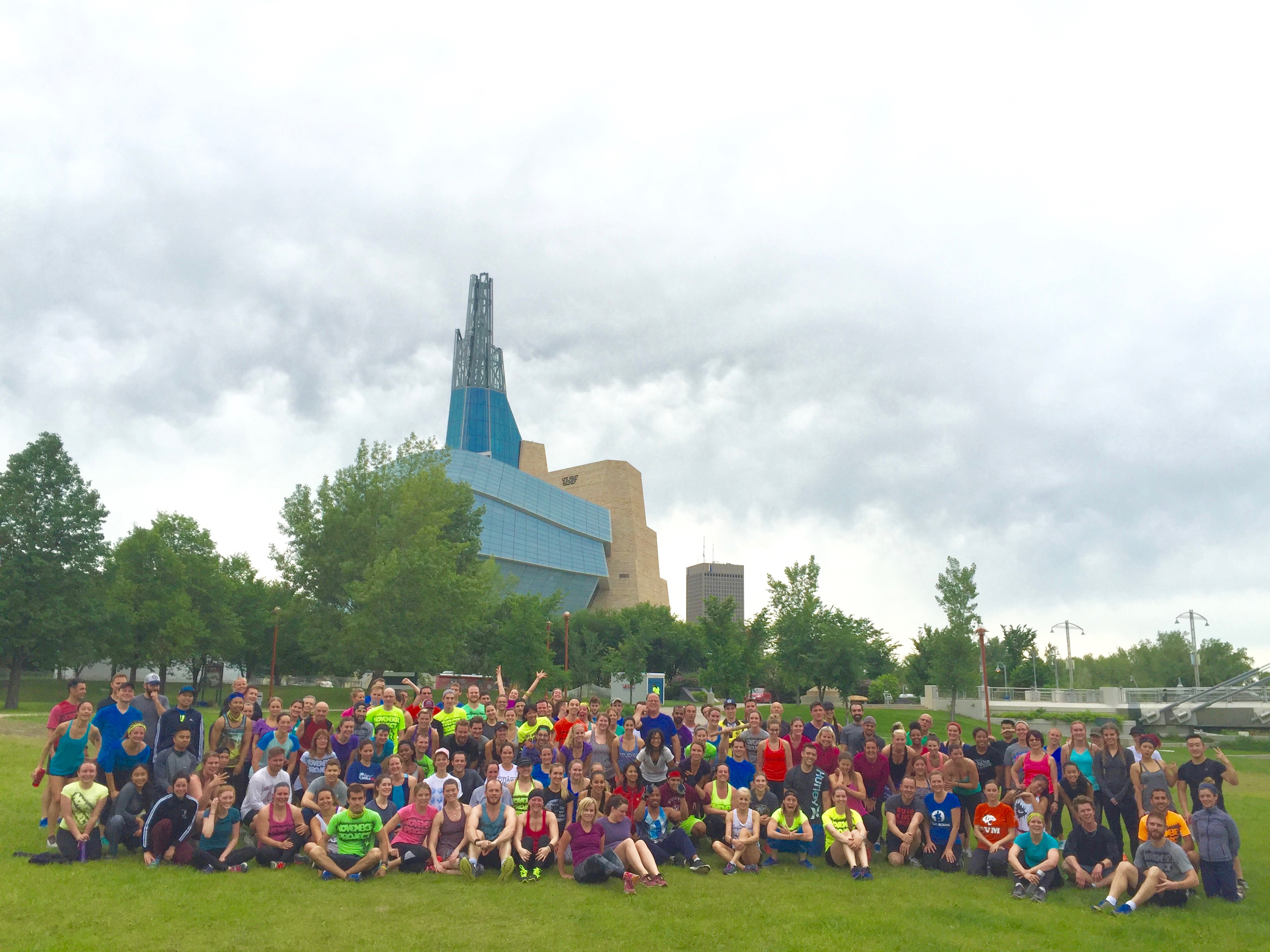 I’ve been wanting to do a guest blog for a while now and my time has finally come. I’ve had many thoughts on what angle or theme to put on the post. Many of my thoughts have been covered already, so I thought I’d just walk you all through my experience and journey with you crazies of NP.

My NP journey begins before NP was even a twinkle in Tom and Rick’s eyes (which are dreamy btw. Seriously, if you’ve never stared into their eyes I encourage you do to so. To quote Superbad: “It’s like the first time you hear the Beatles”). I grew up in Alberta and am a huge Oilers fan. I don’t follow every Oilers player on Twitter but for some reason, when Andrew Ference signed with the Oilers in the summer of 2013, I sauced @Ferknuckle a follow. Little did I know clicking that button would lead to what I now refer to as the “best hour of my week” and so much more.

For those of you that don’t know or haven’t read the book (do so…now!), Ference got involved with November Project while he was in Boston as a member of the Bruins. When he signed with my beloved Oilers, he started up November Project Canada.

I moved to Winnipeg in the fall of 2012 to attend law school. Prior to this, I did four years at the University of Alberta in Edmonton. So while I followed Ference start up the Edmonton tribe from 1500km away, I could only watch and think, “man, that looks awesome. Why couldn’t this have happened while I was at the U of A?

Flash forward another year to the summer of 2014. I was here in Winnipeg, spending the summer working out at the gym (alone) and running (you guessed it, alone). One day, @Ferknuckle comes through yet again, with these gems:

At the time I was recovering from a sprained ankle and torn ligaments but then in mid-October, I decided to #justshowup one week. And then the next. I was hooked. The workout was great and the people were better. I distinctly remember struggling to walk up the stairs to my condo but smiling from ear to ear. Unfortunately, I had to stop coming due to long hours studying and final exams (I look back and now think that was a silly thing to do) but I knew I’d be back. January 14, 2015 I became a regular. The rest, as they say, is history.

Here are some of my favourite memories to date:

January 28, 2015: Legislature workout. Milana introduces herself during leg throws as “the resident short one” and dubs me “the resident tall one”. With both of our birthdays falling within the next week, Sarah and I are given a birthday “gift”…thanks Tom & Rick…of an additional wheelbarrow race at the end of the workout.

March 25, 2015: I am awarded the positivity award. An absolute honour to be the 4th member of the tribe to be awarded it. Still one of my favourite blog posts, although I may be biased.

April 24, 2015: First dragon boating pop-up. Super fun and a great send-off for a Eurotrip. Lots of people would choose to sleep in before boarding a plane later that day for Europe. Not me, NP was where I wanted to be.

May 24, 2015: My first 5k race. Returned from Europe 3 days earlier and knew some NP’ers were running the MEC race at Bird’s Hill, so I sign up. Finish 3rd (behind fellow NP’er Ken) for males. I was hooked on racing. #raceeverything

July 11, 2015: NP YWG does the Spartan race. Connie, Jessica, Andrew and I race the Manitoba Spartan Sprint. We pushed each other through the pain. I was too sore to nap after the race. So much good.

October 7, 2015: Lumberjack Games. I win best male outfit thanks to my steel-toed boots and in the process, meet Renée, a newbie who won best female. I’d also like to thank the tribe for just being there. I had a relationship end on me the night before and there was only one place I wanted to be the next morning – the Forks Skatepark.

May 22, 2016: My first half-marathon. Ran the Woody’s Half Marathon in Red Deer, AB in 1:51:38 – not bad for a guy who remembers taking about 8 minutes to run around the block (~800 meters) in junior high school. That’s what the competition and support of NP does to you. Shout out to Sarah for joining me in it. I couldn’t have got that time without her holding me accountable to that race.

And now, as I look into the future, some dates stick out:

…And now the not-so-great one…

It is with a heavy heart that I write that. This tribe is THE BEST. End of story. Every Wednesday I will wake up and think about this tribe and all that it’s given me. But try as I might, Winnipeg doesn’t quite feel like home and that is why I am moving – I miss Alberta. I’m sad to leave NP YWG but at the same time crazy excited to help NP YYC on their #missionto100. That being said, this is not goodbye to NP YWG. There will be a day when I #justshowup once again. Yes, that’s a #verbal.

But what I’ve learned over the past couple of weeks and months is that we will always be connected by the community that is NP. And that, my friends, is what NP is about – meeting new friends, doing new activities, exploring new places, being fit and feeling good while doing it. I took Sarah’s pic from the Woody’s Half because she said it better than I ever could. The friendships made and experiences had throughout the last year are simply amazing, surreal even. For a lot of my life, I never had that “one thing” to drive me or to be fully engulfed in. Sure I had interests and hobbies but nothing that kept me going through the tough times. NP has become that thing for me.