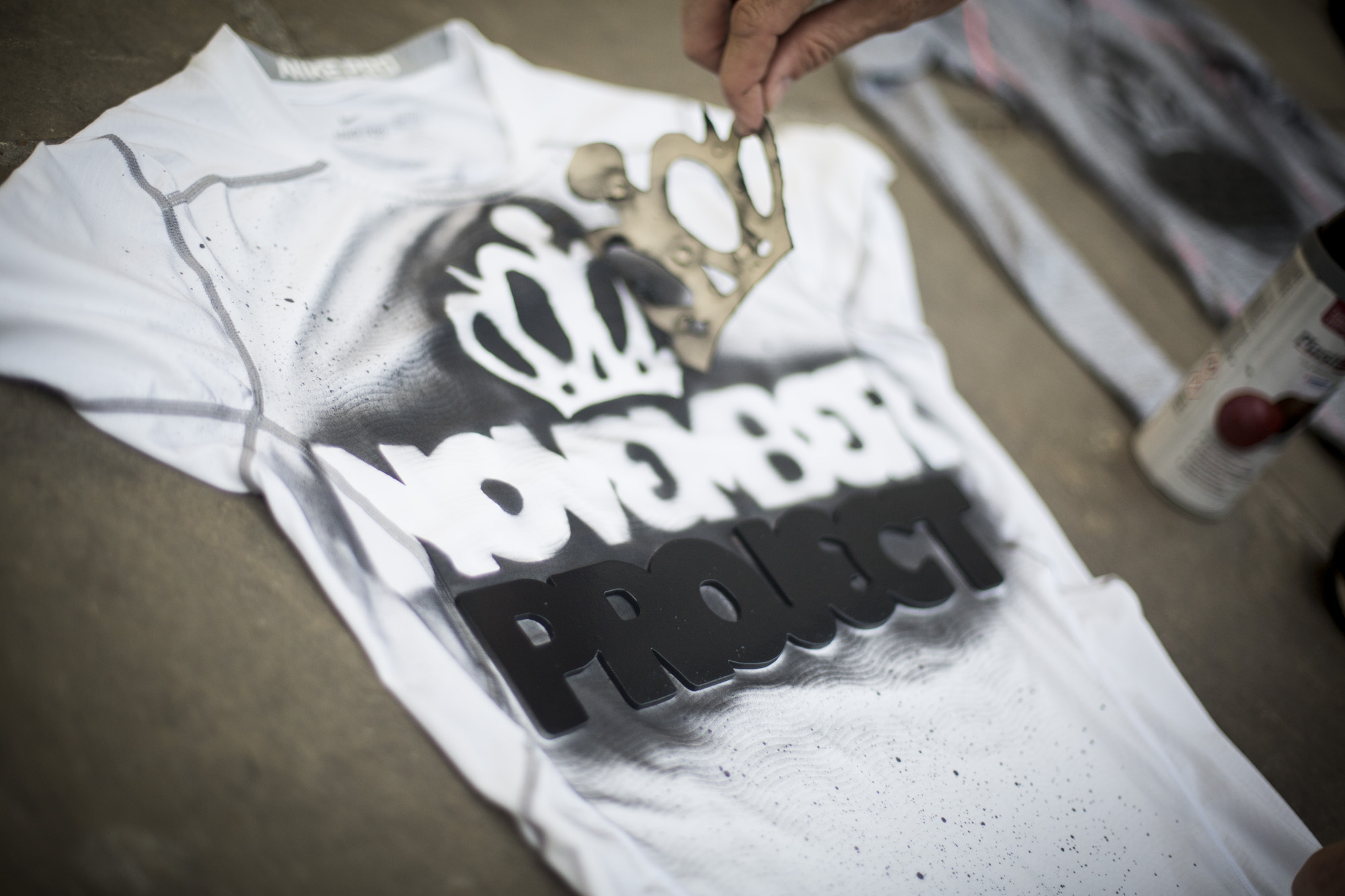 Attention World, November Project London is good to go. Last week we brought them into the family with their own Positivity Award, stencils, and most importntly, the title of “November Project.”

The two-man show of Jake Otto (obviously American) and Tom McGillycuddy (obviously British) are a force to be reckon with. Am I saying that right? A “force to be reckoned with”? Is it, “The force to be retconned with”? Anyway, these guys are positive in a forceful way, I reckon. Jake, of the NP Boston family 2012-2015, created his own family when he and fellow core member, also from the Boston tribe, Martica Wakeman wed a year back. The two are the proud parents of the one and only Phoebe The PR Pig back in Boston. Jake & ‘Tica plan to live in London for enough years to buy up inner-city farm land proper enough to host Phoebe when she flies over to join them. But don’t let this Boston couple shine too long. Tom is the real story here.

Tom McGillycuddy was born and raised within an hour of The Old Smoke and has the accent and dry humor to prove it. Jake & Tom know one another from their day jobs and have a great understanding of how to keep the vibe strong with a pack of strangers in the morning. Tom isn’t going to get fluffy, and silly, and crazy. The dude is there to work. He’s fun, don’t get me wrong, but he’s aiming at the quality of the 59 minutes that he and his tribe share each week before heading off to work.

The two Co-Leaders, Jake & Tom, meet just before 5:30AM and run through the entire workout on their own. As they are wrapping up, members begin to arrive and the sun, as if on a dimmer switch, begins to kick in as a light gray blanket over the city. The workout is hard core, the vibe is fun & upbeat, these guys and their tribe are on track and I couldn’t be more proud to have been there with them on Day 1 of November Project London.

But now we need you. We need you to share this link, to follow them on IG, and to LIKE the FB page. Drop comments to recruit your London pals & family, find a date to visit the UK, and lets continue to lift up this new tribe as they push off into their own historic journey.

DETAILS: NP LONDON, every Wednesday at 6:29AM, The Duke of York Column (SW1Y 5AG). Bring a blank shirt & an open mind.

WARNING: You’ll have fun with strangers, work your ass off, and it will cost you nothing.

ALL PHOTOS BY DYLAN LADDS OF DOOSTER FILM & DOOSTER PLEDGE – Please give photo cred if/when you share these out. Thanks.