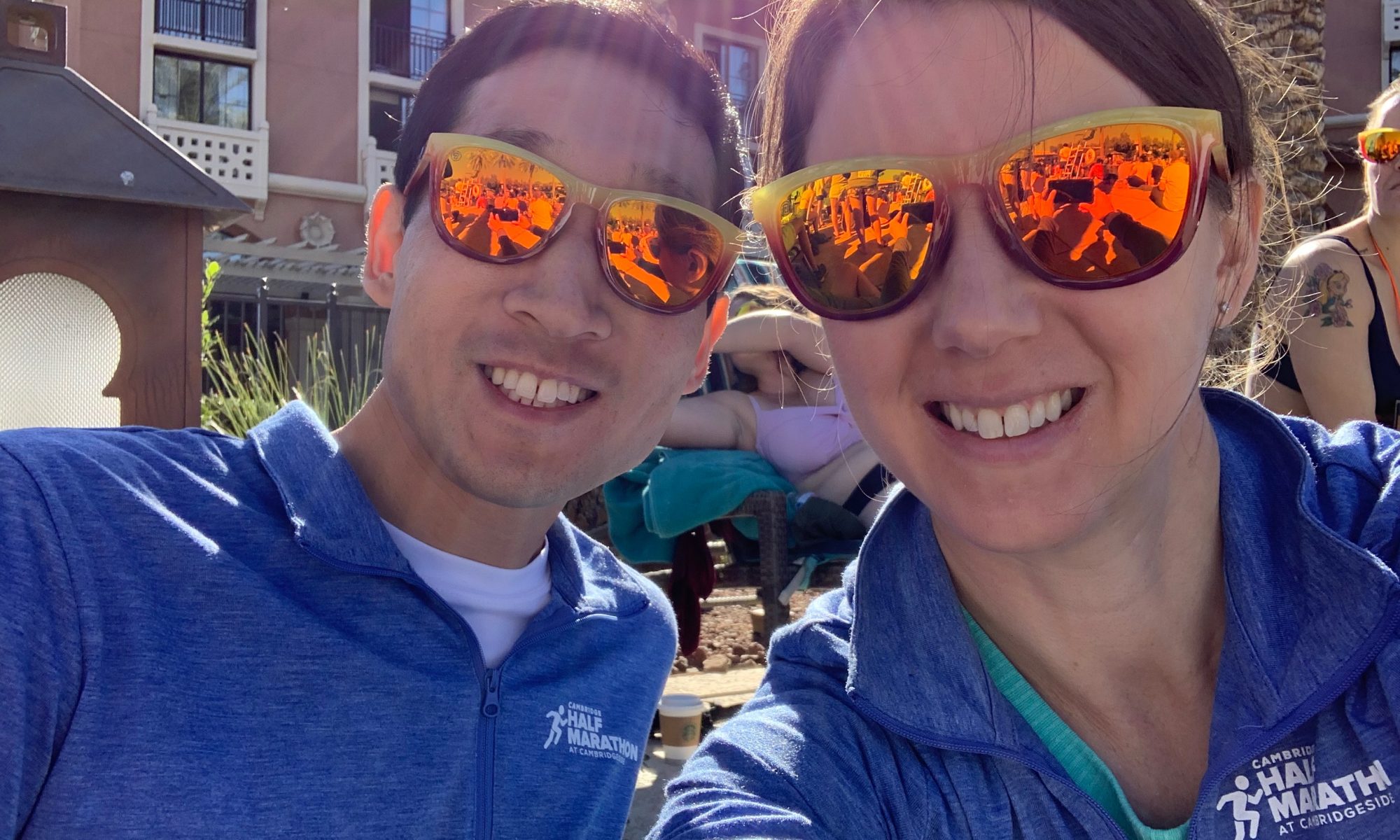 This is the second edition of the ongoing, regular feature on NP_BOS blog called November Project People (NPP). NP members interview other NP members, and we all get to know each other a bit better. #community

There is a guy named George Woodward who attends November Project workouts regularly, however, George is not the person I interviewed for the November Project People blog. No, the gentleman I interviewed for the blog is a husband, older brother, fan of The Beatles Sirius XM station and sub two-hour half marathoner, Dr. Austin Kim. Yet, the words of George Woodward on the NP centric podcast “Wisconsin Notes” were echoing in my head while Austin described his extensive education and amazing life to me.

While talking about November Project on “Wisconsin Notes” George mentioned how wonderful it is to meet people from many different walks of life at the workouts. George said; “I’ve met some of the most interesting people and they really sort of run the gamut from REALLY interesting like a Pulitzer Prize winner, a guy who is a renowned Boston chef, a coach of a really good basketball team… I mean there is lots of those, but there is also like this great guy who is a bartender from Medford…” I’m 99% positive that the not as interesting, but still a great guy George was referring to is me. Although George was paying me a compliment, it sort of sounded like he was saying that you can meet really interesting and dynamic people at NP, but there are plenty of average morons there also. With me being the embodiment of said average moron. I am certainly someone who appreciates self-deprecating humor, so George’s words are something my friends and I have laughed at many times since I first heard George say them on the podcast. It was this quote from George that was in my head as I had lunch with Austin.

So there I am at Tasty Burger near Fenway Park on a sunny Sunday afternoon listening, while Austin gave me a brief rundown of his life so far, as we ate delicious greasy hamburgers. Austin grew up in Richmond, Virginia. He told me about his four years of college at Washington and Lee University in Lexington, Virginia. After graduating from college in 2004, Austin decided to go to medical school at Dartmouth College in Hanover, New Hampshire. Austin’s mother is a nurse, yet it wasn’t familial pressure to pursue a career in medicine, but rather a love of science and learning that drove Austin to continue his education. Austin was a Tennis player throughout college, and it was through his association with the Dartmouth tennis program where he would meet the woman who would one day become his wife, Meg. Meg also attends November Project, and in Austin’s opinion, she is a much better athlete than he is. After graduating from Dartmouth, Austin spent the next six years at the University of Massachusetts Medical School. First as an Internal medicine resident for three years, then a Hematology/ Oncology Fellow for the next three. At the time of this interview, Austin is 37 years old and lives in Boston with his wife, Meg. Austin is a doctor of Oncology at the Dana-Farber Cancer Institute and he takes great pride in his profession. In fact, when I asked the question; “What is something you are really proud of?” Austin replied “Where I work and who I work with. I’m thankful to do what I do for a living”. Upon further elaboration, Austin described his work environment, and in particular his boss. Austin’s boss tries to build a community within the workplace and often holds gatherings where Austin and his coworkers have conversations over beers. Community is important to Austin and is one of the reasons he fell in love with November Project.

In November of 2018 Austin and Meg were looking for something to do when they found an article on Boston.com about a 5k race. Although the two were athletes in college, neither of them were very active anymore. Nevertheless, they signed up for the race which just so happened to be hosted by November Project Boston co-leader, Chis Capozzi. It was because of Chris Capozzi’s involvement with the 5k that Austin caught wind of the November Project workout held weekly at Harvard Stadium. The 5:30 A.M. start time on Wednesday morning was conducive to their schedules, so Austin and Meg showed up to the workout the following week. I’m sure on that first cold morning at the stadium the couple would never have imagined that by the next November they would travel to Las Vegas for the annual NP summit, but that is exactly what happened. In the year since Austin began working out with November Project, he has become fit which in turn has made him happier.  Austin continues to push himself and keeps showing up to November Project because now that he is fit once more, he never wants to feel unfit again.

As a person who volunteered to interview a fellow NP tribe member of my choosing, I was given nine questions to ask. Three of the questions were essentially the same question worded slightly different. I was skeptical about these three questions and assumed that I would get the same response each time. I was wrong. Austin’s answers became more in-depth and honest each time they were asked. Question one; “Why do you come to November Project?” Austin replied simply that it is a great workout with a nice community. The fact that the workouts are free was also a factor in his regularity at November Project. Question two; “Why do you really come to November Project?” In which Austin replied that it was the best workout to partake in to achieve his fitness goals. In addition to that, Austin found comfort in the fact that many other people would show up, rain or shine, and put themselves through such a difficult workout. Question three; “Why do you really REALLY come to November Project?“ Austin paused for a moment and thought about his response before he told me that November Project had made his marriage better. Austin felt better about himself now that he was in shape and that made him a better husband. Austin also treasures the additional two hours a week he gets to spend with Meg as they travel to and from the stadium early on Wednesday mornings. It was after this thoughtful and honest response that I become endeared to Austin Kim. I wanted to get up out of my seat and give him a hug.

George Woodward’s assessment of me was right, I have lived a much less interesting life than other members of the November Project tribe. Take Austin for example, we are the same age. In the ten years that Austin pursued an education that would lead him to a career in which he helps people at their weakest moment. I, in those same ten years, smoked a ton of weed and amassed a large professional wrestling toy collection. George was also correct in his assessment of November Project, in that NP brings together different folks from different backgrounds who for 40 minutes, three times a week become equal through fitness. It is because of NP a bartender would get the opportunity to interview an Oncologist. I want to thank Austin Kim for allowing me the time to interview him and apologize for showing up to that interview fifteen minutes late. I would also like to thank November Project for not only existing, but for building a community of diverse, fit and happy people.