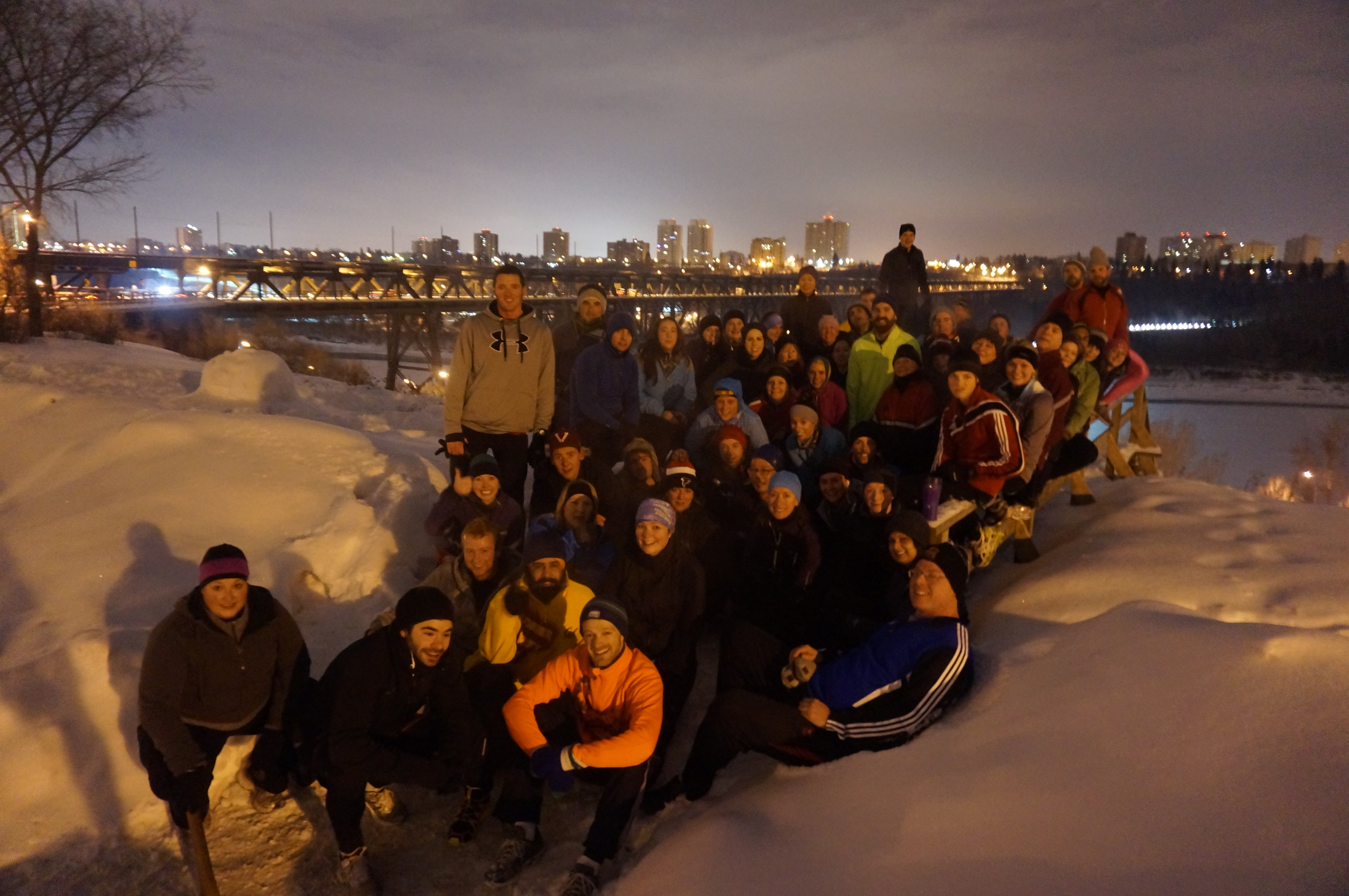 Seriously, no one got to feel Blue in one of the giant bear hugs we had to do this morning. We’re not sure why, but she just didn’t show. It’s ok Blue, Friday is less than 48 hours away. You can show up then. We did have 4 newbies show up today.

Is it also a coincidence that the Oilers played the Blues last nite? hmmmm

We also weren’t feeling blue this morning, because it wasn’t that cold! There were 2 tribes that had worse weather than us. Not bad for January! Looks like we are going to be spoiled a bit longer with some great weather while the east goes through their worst winter storm since before temperature could be measured by an instrument (or as we call it, January).

Pictures at the top are way better than pictures at the bottom. If you disagree with me, then we’ll just have to agree to disagree.