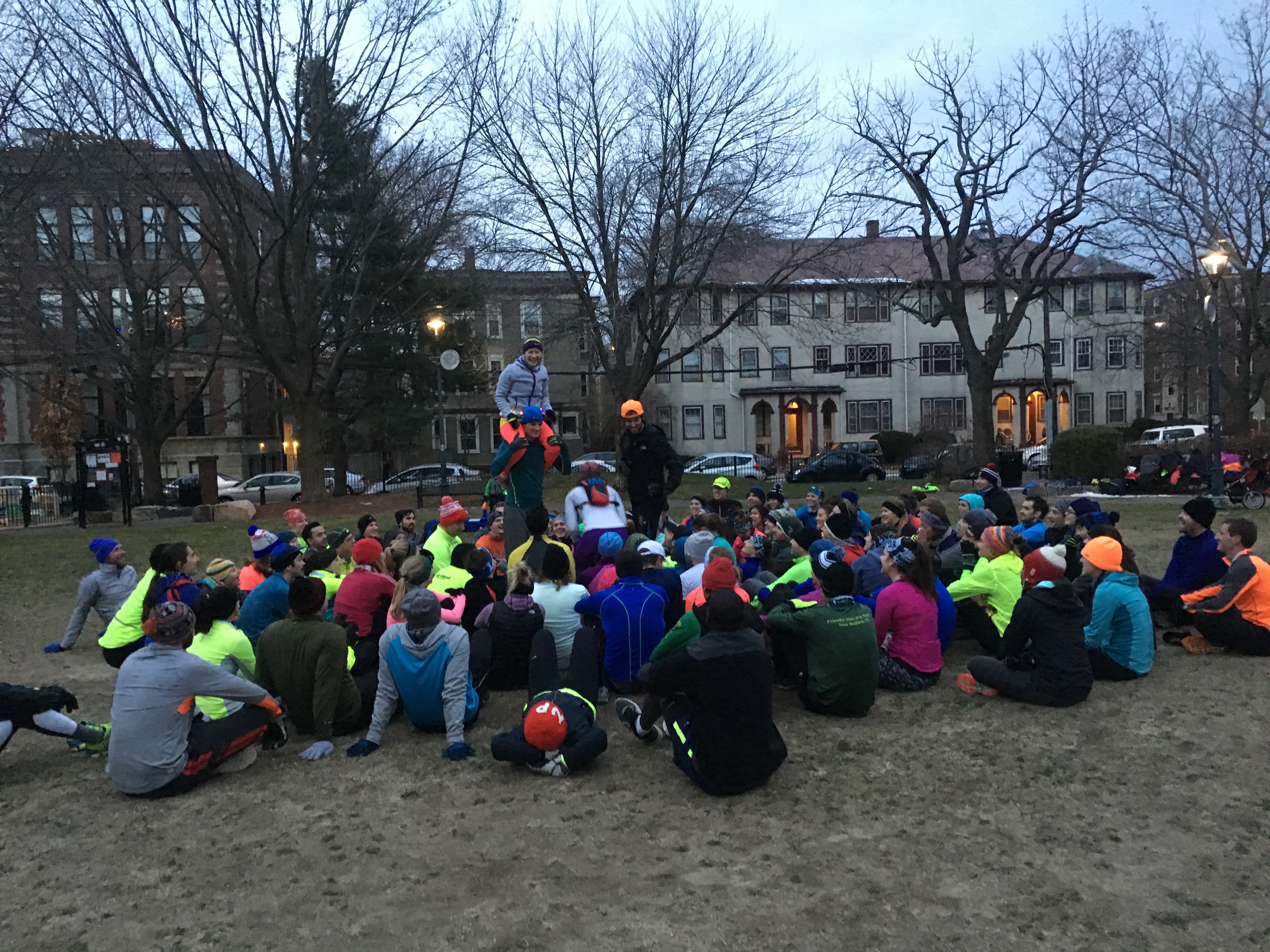 Now, we’re typically all about making some noise, making a scene and bringing a certain high intensity with us.  Well, it was a bit different this morning.   I’m not going to lie, I mean why would I lie to you? I don’t need to start by tell you that.  Anyways I’m never terribly excited when we realize we have to be quiet or ‘Ninja-like’ at a location. I mean I’m still trying to figure out that whole not being loud thing and keeping myself under control.  Wait, you mean I’m not going to lose my voice during a bounce?!  That’s just ridiculous talk.

I started the morning with a run circling the neighborhood before the 6:30 AM bounce, kinda like a dog urine marking their territory, and I realized that this was definitely not a neighborhood that would find our morning rooster sounds…. cute.  We didn’t want the residents around Dana Park to NOT start their mornings as we normally do on a positive note.  That is just a nice way of saying a lot of Cambridge folk would have been real fucking pissed if we got loud.  So we switched it up from our normal droppings of loud F-bombs and BOOMs.  This morning we went Ninja.  This morning we showed up, we gathered, we murder-whispered, we worked hard and were basically unseen, some of us stealthily dressed in all black while others… well others were not so stealthy.  The neon and spray painted gear might be considered stealth in a tropical rain forest, where ninjas don’t exist. (I’m heading out to Costa Rica later this week so my head’s apparently already there.  Yup that was a brag, just in time for the cold weather. Peace out friends!)

The morning’s workout required another human, a partner.  One partner would run a lap around the ‘Ninja Belt-way’ (did anyone else feel like we were merging onto the autobahn, kinda dangerous like you are about to rear-end someone but also super fucking fun?!) while the other did one of 4 stationary exercises.  The running partner would tag the stationary partner and the roles would switch.  We rotated through pushups, V-ups, burpees and planks before ending with a round of Bojans.

After the first few exercises once people got into cruise control, I noticed how silent we all were.  I know we told everyone to be ‘quiet’ but how long could that really last?  Well you nailed the whole stealth thing.  It is tough to keep pushing hard when you’re used to the energy of the stadium or the chants of a typical Monday.  It was after the first cycle when I really started to get into this Ninja thing.  We owned the silence and found other ways to motivate each other.  People were breathing down the back of my neck, letting me know they were on my tail.  Others were glaring at each other, like a secret language, don’t let that ass sag down, keep that core tight, get those nipples all the way to the concrete grass!  Maybe the language wasn’t that sophisticated but you catch my drift.  We found other ways to keep moving and left without anyone realizing we were ever there.

This morning was mentally tough for me.  I usually feed off everyone’s energy and noise. But when you take that away, I am forced to find something else to keep me pushing through those last few burpees as I wait for Levitt to return.  Whether it was seeing that adorable kid having the time of his life at the park riding the Tonka truck, the whisper shit-talking as people raced around the Ninja belt-way or the ‘get after it’ during the few second partner exchange, we found ways to keep the intensity and fierceness high, even when the conditions are less than ideal.

The workout was tough, it was undeniably quiet but it was also a blast.  We all earned our black belts this morning.  I am glad you all showed up.  This tribe (you all know what’s coming, but I’m going to say it again because its just true) is strong.

Monday DD Reminder: As the weather is getting colder, ground is getting harder and we’re going to have workout where there is snow, remember to bring the right gear.  If there is snow on the ground, you better believe you’ll be rolling around in it.  If the grass is cold and hard like concrete, we’ll be doing Bojans or burpees or one of your other favorite ground contacting exercises! Bring it on winter, we are #weatherproof
See you all Wednesday at Harvard Stadium.