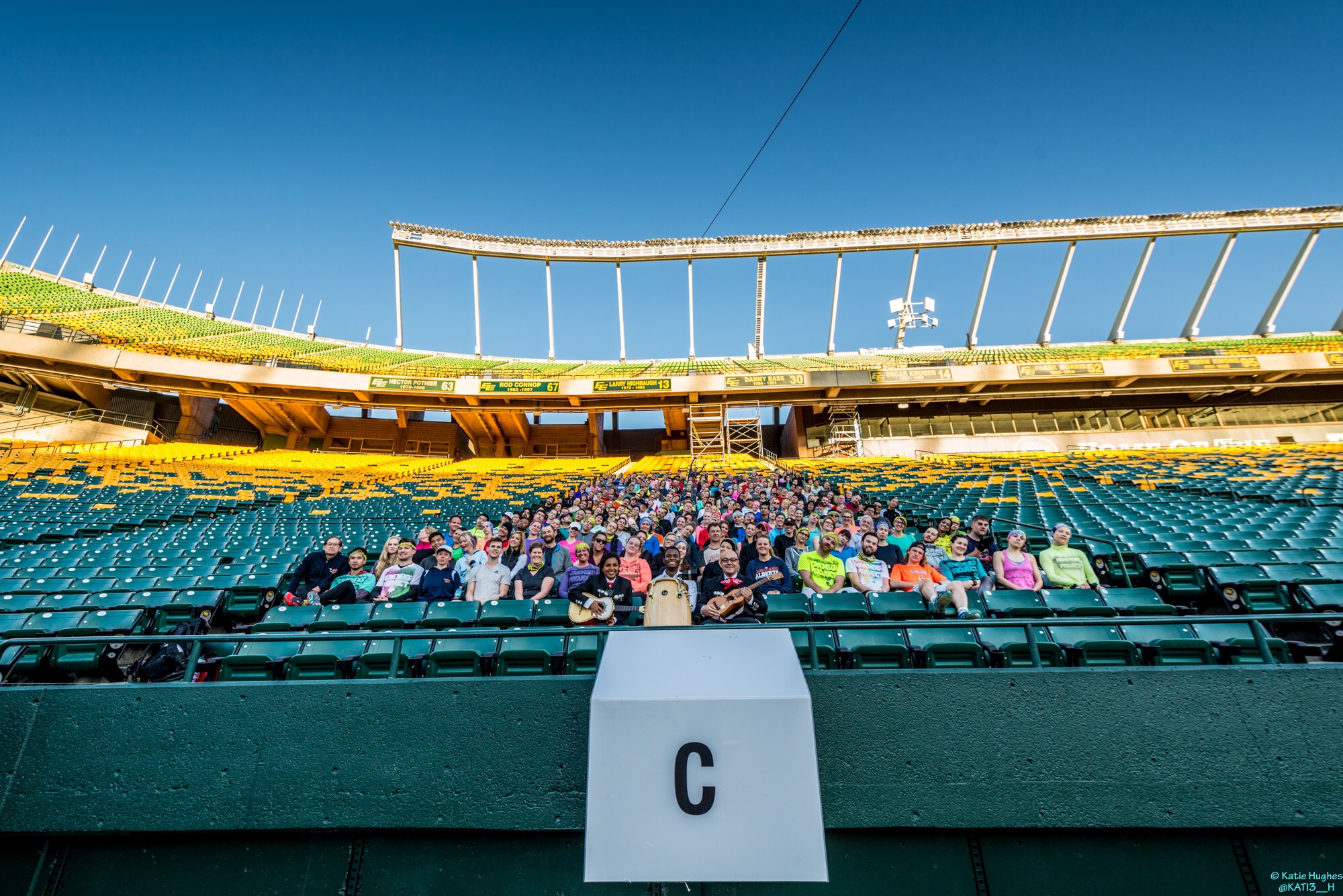 For 34 months, I have been waking up and doing this thing called November Project, 3 mornings a week. I’m going to guess that it has been close to 450 workouts in that time. I’ve lost count of how many hands I’ve high-fived, and how many hips-in hugs I’ve given. There are countless people who have inspired me or and a ridiculous number of people who are my extended family. Most of my family lives on the other side of the world. I’ve even stopped counting the number of people that show up to the workouts, but I know we have probably had over 5,000 different people come to one of our workouts at least once in that time.
Of all of the people that have been to our workouts or liked our photos on Facebook or follow us on Twitter, none of those people are my parents. I also have two brothers. I convinced one of them to show up in April, but my older brother had no idea what it was either.
I’ve never truly asked them to come to a workout before. I’ve mentioned it, but I haven’t done it before. With some gentle pushes from someone I look up to, I finally made it known to my parents that I want them to come see what November Project is. My parents are not morning people. They would sleep until 3pm if they could. They’re also not from Canada. They are not all that weatherproof. I never pressure any of my friends to come to November Project. I might ask them once or twice, but if they aren’t showing any interest, I’ll drop it. I do ask that my close friends to come just once. That’s all I care about. Come once, so you can see what it is I do. I’d love it if you came back, but I’m ok if you only ever come once.
Let me back up a bit. My parents still have no clue what November Project is. Every few months, they’ll ask me if I still workout with Andrew Ference.  Everything I mentioned above, they have NO idea about. Zero. I’m not even talking about them knowing what I do as a leader, they have no idea what November Project is. My brother thought we only worked out one month a year. In February, I told them that it would mean a lot to me if they came to a workout. I left it open to them to choose when they would come, but ended up convincing them it would be the perfect birthday present to me. I left it there and didn’t keep bugging them about it.
My mom went on vacation in March and called me from South Africa to try confirm that she was still going to come. She has confirmed that she’s coming with me every time I’ve seen her since then. Last week, I decided that it would probably be good to go over there, and ease any concerns that she might have. I showed her where to park and mapped out her driving route for her. I gave her advice on what clothes to wear. I reassured her that she will not be left behind. She then asked me if there would be “lots of people” there next Wednesday. I asked how many people are “lots of people” to her. The answer was 60-70. I told her that there would be close to 250 people there next Wednesday. That’s multiple lots of people if we’re counting! I conveniently had a copy of the NP Book with me and was leaving it there for her to read before the workout. I’m not sure if the book makes sense to someone who has no idea what NP is about. But, if anything, she’ll get far enough and see my name and picture in it eventually.
I also had to sit through the recurring parent questions about if I got a raise or promotion and an awkward interrogation about when I’m going to get married. I probably disappointed them on all fronts.
Today, not only did my mom show up, but the rest of my family surprised me by coming to November Project. It meant the world to me.

See you Friday!
Find the Good,
Nadim
PS We will not be at the stadium next week Wednesday, May 18th. The Queen Bey will be keeping us out. We’ll be meeting at Le Marchand Mansion.
PPS. This Friday, we will be tagging shirts at Walterdale Hill. Bring one cool shirt and it’ll be a cooler shirt when you leave.
PPPS. I’m blown away by all of your generosity and the effort you all put into this morning. Right now, my car smells like delicious baked goods.

PPPPS. It was so great to have the mariachi band back together! That was the largest, weirdest audience we have ever played for.

One Reply to “My Family (YEG)”