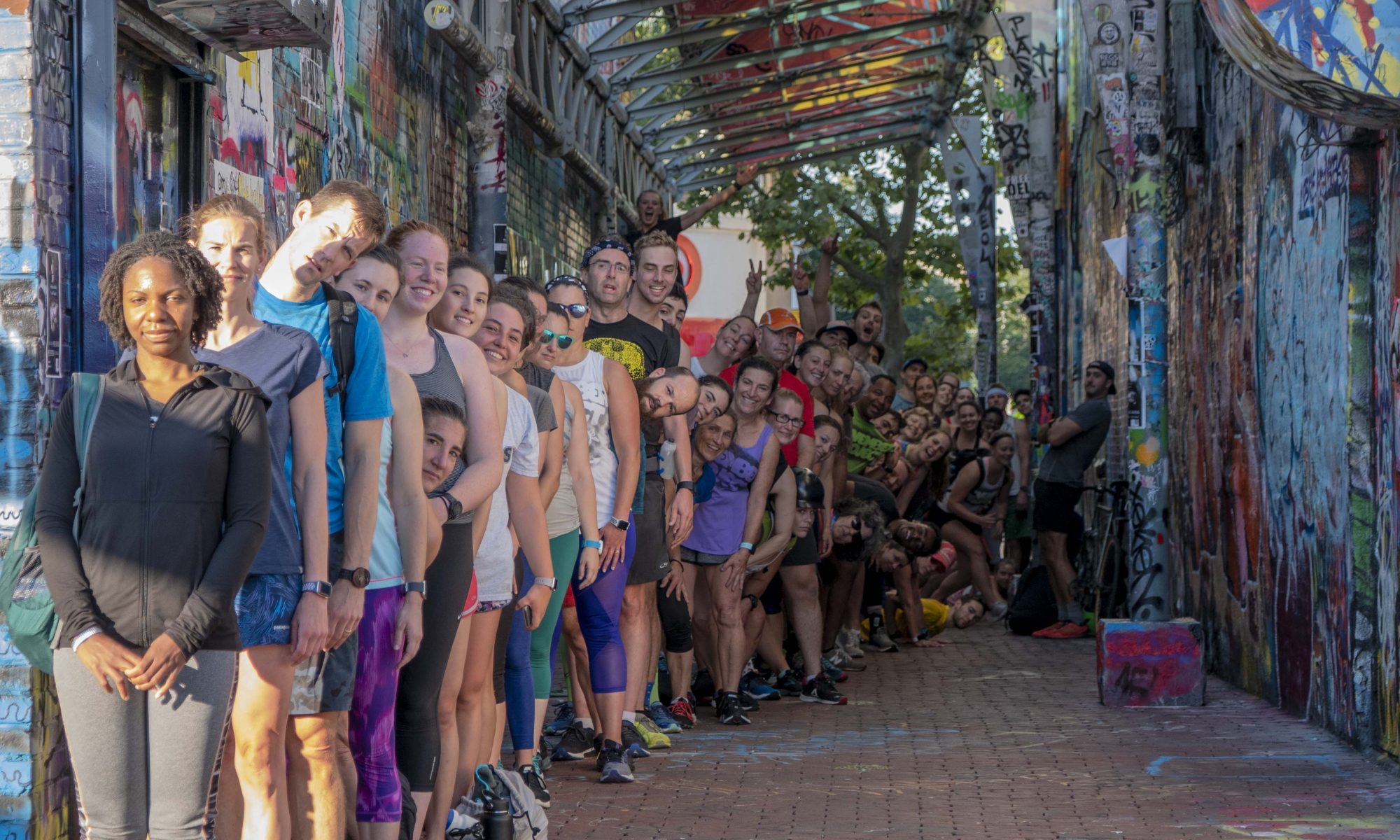 For many of us, this morning was just another morning at NP. We sang, we bounced, we raced down an alley. For Francis, however, it was his first Monday…

I’ve always thought of Mondays as the “gateway drug of November Project.” They’re smaller, they’re a little easier to digest, they help you MEET PEOPLE, and sometimes they’re even right outside your house. Sure, they’re sometimes a little farther away than you’re used to, and planning around a moving location is a little harder, but the payback you get from a Monday morning at November Project Boston is unlike any other day.

You get more face time with the tribe. You actually meet someone new, you stare straight into their eyes while you lunge forward alongside them wondering when the hell they’re gonna start sprinting. You hop in a make-believe car with them and do seatbelters just so you get the hang of it in time for Red Light, Yellow Light?, Green Light.

If you’ve been kicking around for awhile, and don’t understand how everyone at November Project “already seems to know everyone else” it’s cause Mondays. It’s cause many of us have been going to those Monday morning workouts for many years in a row.

So, if you’ve been around awhile, but just seem to blend in with the masses on Wednesdays or Fridays, consider adding that Monday morning alarm clock to your weekly schedule. I guarantee you won’t be disappointed.

This morning was fun, and funny, but more than anything it was a chance to meet some people that you might work out with all the time, but never actually knew their name. Also, it was a chance for Steve and I to knock off the dust on our joke-collection. Spoiler alert: they’re still really bad, but we still think they’re as hilarious as we always did–and that’s all that matters.

Wednesday you’ll be back to your regularly scheduled programming with EmSauce and Capoz hot off their time with 100+ coleaders from 51 NP Locations around the world. Get your frog suits ready.