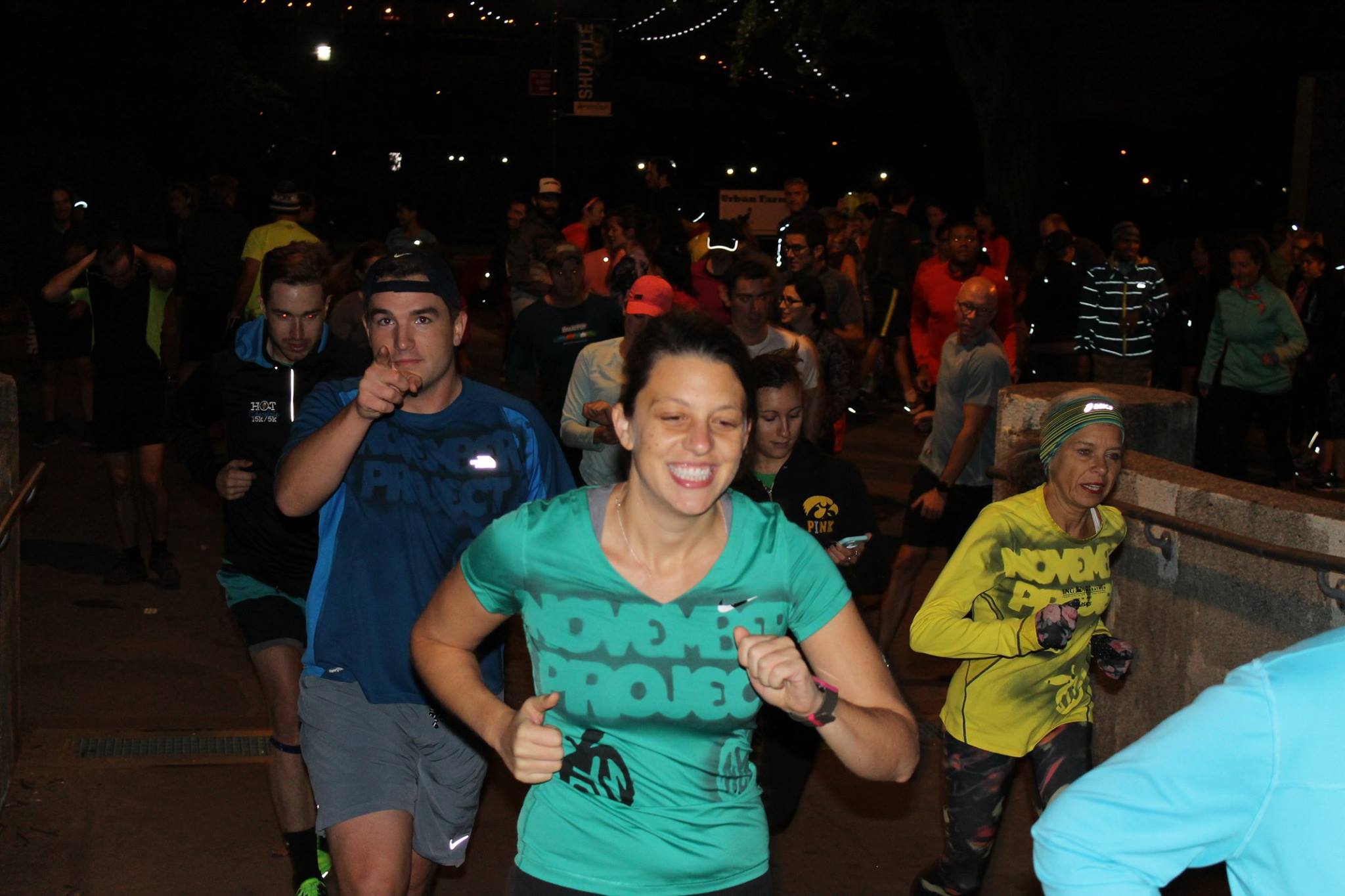 Autumn is now in full force–almost seems passed us on some days.  It’s that time of year again. We’re heading straight for November. Not November Project directly, but the first Sunday of November.  In New York City that means one thing and one thing only. The New York City Marathon. Today we met, we worked out, we hugged, and we hyped the shit out of this mother fucking race.  The largest marathon in all of the universe.  We have racers, volunteers, and marathon staff all ready to crush this epic event.

#Paulleak kicked it off with some major hype with yet another epic bounce.

We then launch then kicked off the sweat eruption with a throw-back workout. We redid our first every workout–Bridges with some Spice. The spice being push-ups, burpees, mountain climbers, and aggressive dancing. Um, is there any other kind? Fuck NO!

Our push-up game is ON POINT

We even partnered up for some epic secret handshakes. We even had props.

Our aggressive dancing is unmatched.

We even had a sexy co-leader from Philly in the house (or on the bridge) to help Paul give out the #positivityAward. Boom! Mile#7 for the WIN!

Tonight: NP led group run at the Marathon Pavilion (Tavern On The Green) – 7am. Baggage will be provided. Beer and wine served (not free).

Saturday: Dash To The Finish