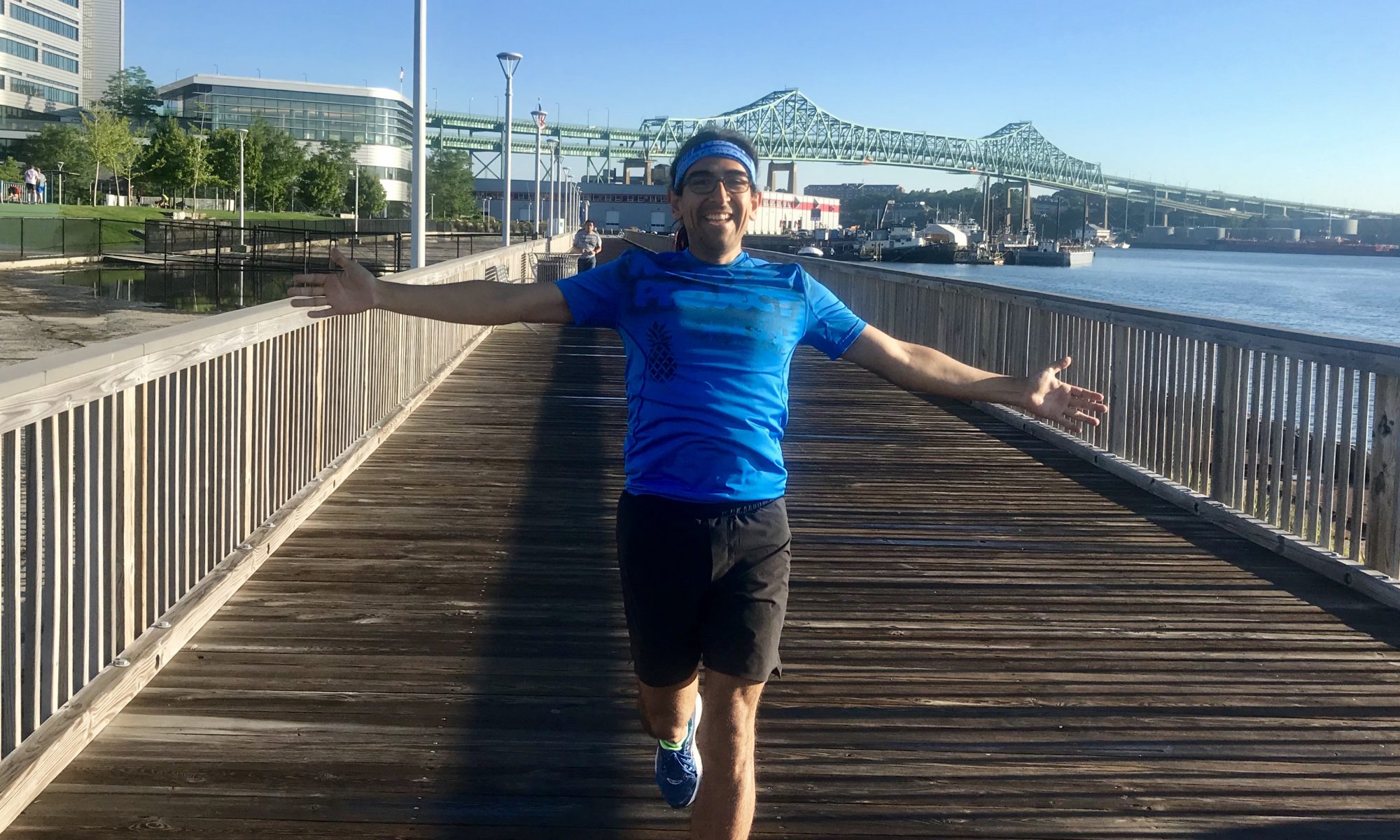 A few weeks ago, while climbing stairs in the stadium on a Wed morning with November Project Boston, I started a conversation with someone else who I had been chasing down for about 7 or 8 sections. I didn’t recognize his face, so I asked his name and introduced myself. When I asked if he was new, he said he had been coming to NP for a while about 3 years ago and was a regular on Wednesdays for a few months.

I paused in the conversation because, as a co-leader, I often hesitate to ask too many questions about coming to NP or not coming to NP, because I don’t believe the “high pressure” strategy is usually that effective. But I decided to ask Kyle what brought him back that morning. “The weather is finally nicer and I just decided it would be a good time to show up again,” he said.

After taking in that response, I just got too curious to know why he stopped coming after being so regular for a while. I tried to be causal as I brought it up… and he kind of laughed when I let the question come out. He said, “You know, it’s a dumb reason…” Which made me feel bad for asking–because I never want people to feel bad or like I’m trying to pressure them when I just want to better understand–but then he kept talking. He explained how one Wednesday there had been some special event the day before so he was tired and he thought it would feel better to just sleep in instead, and then, just like that, he sort of fell out of the rhythm of showing up every Wednesday. It had been a pattern, and then it wasn’t.

We kept talking for a little while, about patterns and how easy they are to keep going, when the momentum is there for them to keep on keeping on. And also how one break in the pattern can sometimes rupture what was a good rhythm, and lead to a feeling of being off-kilter or just out of balance.

But we also agreed that while one week of NOT showing up had the power to disrupt his pattern, one week of SHOWING UP could also have the power to start a pattern that continues. And the point was to never see the pattern as a rigid edict that could never bend, flex, or adapt to life. Because it’s a wonderful thing to keep a good thing going, especially when it makes you happy, it helps you do the things you really want to be doing in life, and it has positive impacts on your physical, mental, and social well-being. But you don’t need to feel bound or burdened by this–it’s simply a positive force of momentum that helps you keep going in a direction you like. And similarly, when you recognize a pattern that you don’t like so much–maybe one of inactivity, of always putting off things that you know would make you feel good, or avoiding the stuff that requires a little bit of effort but also has huge rewards & payoffs in the currency of physical, mental, and social well-being, you don’t have to feel locked into that pattern.

Doing it differently one single time can change the pattern in a way that is good for you. Momentum has a way of feeling like it’s driving itself, but the truth is that you are the only one who can create and maintain your patterns of behavior. So use the momentum of good weather and longer days (earlier sunrises) to get yourself going, to get yourself showing up to Mondays, Wednesdays, Fridays, or all of them with November Project Boston. And challenge yourself to establish a pattern of showing up for yourself that feels good, not too much, not pressured, and not powered by FOMO. Build your pattern on feeling your best, and remember that November Project is always there. Always.

That’s a pattern you can count on forever.

Toady’s workout at Mayor Thomas Menino Park, next to Spaulding Rehab was beautiful, really fun, and a hard-ass workout. For everyone who was there: #ImGladYouWereThere. And if you weren’t…consider showing up next Monday to our July 8th workout at the Public Docks on the Esplanade.

7/8 at 6:29am. Public Dock on the Esplanade, next to the Arthur Fiedler statue

show up to Wednesday 5:29 or 6:29am workouts at Harvard Stadium. It’ll be hot like a firecracker!

Friday we run hills at Corey Hill Outlook Park in Brookline at 6:29am. This friday, the day after July 4th, we will be having some extra special fun…so #JustShowUp!