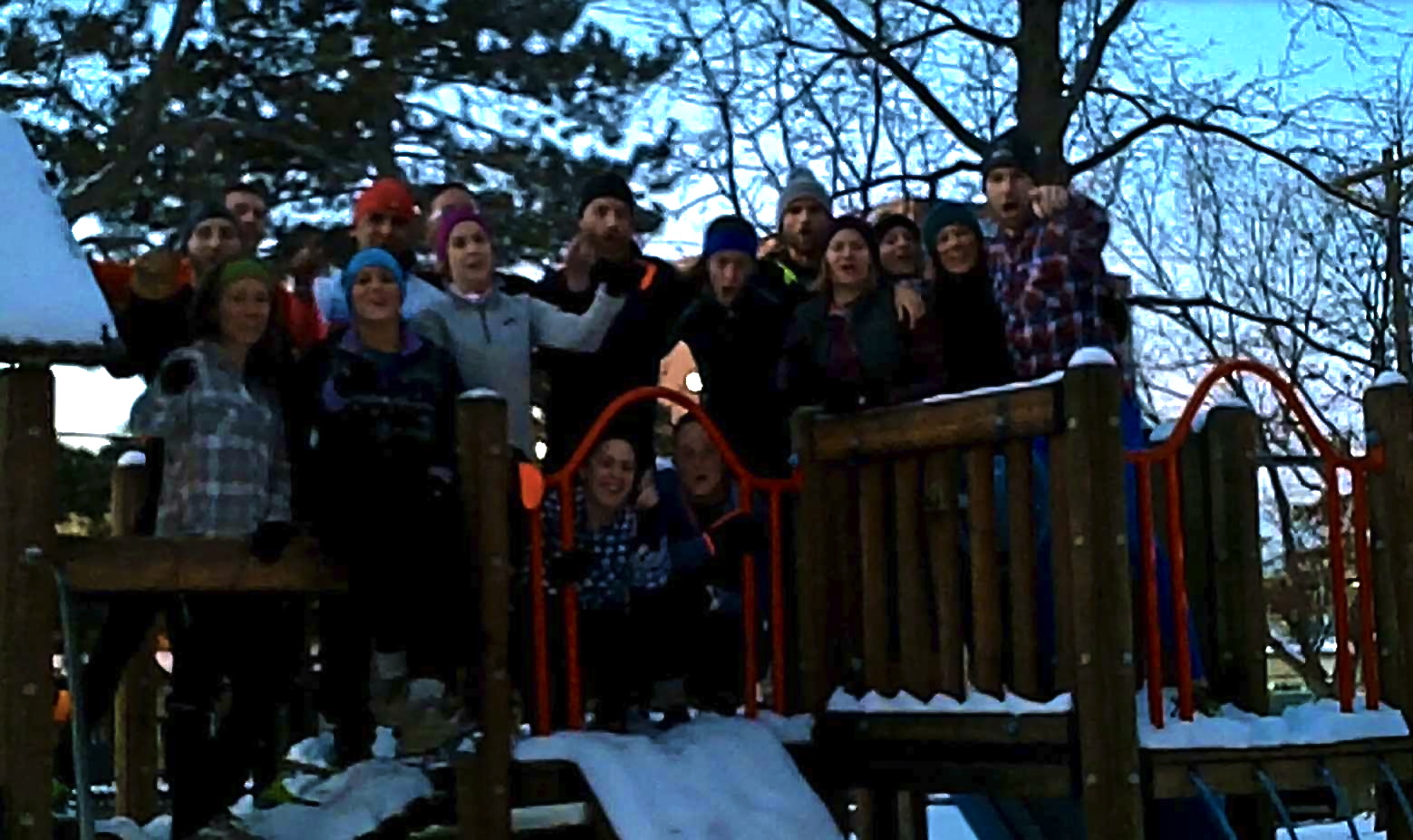 I had this crazy dream this morning. You know those ones, where you wake up a little too soon before your alarm, and next thing you know you’ve fallen into a deep hazy slumber where dreams become total mind fucks? Let me tell you about it.

I got this text at 4:58am asking me if I wanted to run hills. I thought that was a pretty weird question but I guess I said yes because in the next frame I was there. As I approached, I was surprised to see a crowd gathered in the shadows. I mean it was six in the morning and 20 degrees with snow on the ground. Yet there were gaggles of creatures congregated to run? Come on, who does that? Although I was judging the shit out of them, I couldn’t help but be intrigued by this group of wild humans. What was this? Some kind of ninja cult? They seemed to communicate through hugs and high fives. I kept my distance- not in this personal bubble you don’t. I saw a steel cutout of some strange words sitting on the ground that read, “November Project”. I knew immediately that it was for fire branding. The ground began to rattle below as the group began rhythmically bouncing up and down. A giant man dressed in flannel screamed absurdities I couldn’t even begin to comprehend. It must not have been English- tribal chants, I believe. I took in the scene around me. To my left, a smaller bearded man. To my right, a family of unicorns. And just like that, we were off to the hills. In watching them bound up and down the mountainous peak of Penssylvania St, it was clear that these human were actually half gazelle, who guzzled fuel in the form of spray paint fumes. When the running was over, we took selfies and just went home. But the strangest part of it all, was that everyone actually seemed like they wanted to be there. They were all happy. And god damnit, so was I.

The altitude must really be getting to my head. If only there was something like that in real life in ten different cities across the continent…

#WeekendEarned. Next Wednesday is #PRwednesday. Come ready to race. We love you.