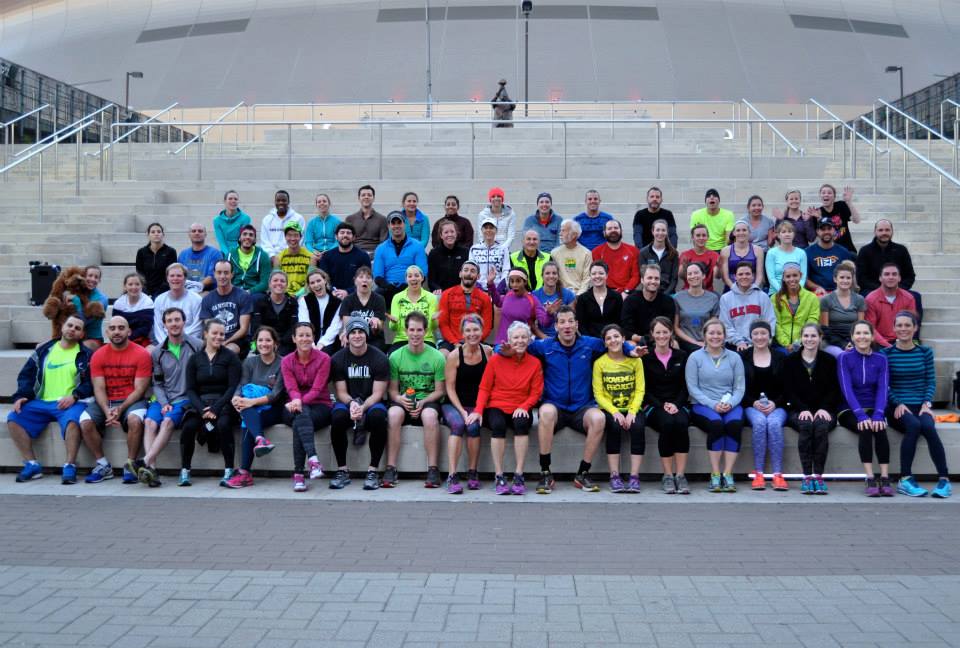 It’s hard to believe, but it’s that time again in New Orleans… The parties get going and seem to never stop… until they come to an abrupt end in the wee hours of the morning on Fat Tuesday. Tonight’s the night when things get rolling and we started the party early with the inaugural Krewe of #NP_NO parade.

We had many new faces and a few visitors this morning. Will took the lead as the Grand Marshal and kicked things up with the warm-up that brushed us up on our parade going skills. If you want to be in dat Mardi Gras number you got to be fit and Will ensured the tribe was ready to roll this this morning. We scouted out the parade route with our traditional warm-up lap around the Dome, followed by 10 minutes of stairs to get the Krewe moving.  We did notice that there was nobody, at any time, walking the stairs this morning. The tribe is fucking fit!

After the stairs, Will introduced the magic set of beads. These beads were thrown around the circle and each individual that caught the bead had to come to the middle, hug the previous bead holder, state their name, and call out an exercise of their choice. Once completed the member would throw the bead to someone else around the circle. If the magic bead was dropped, the whole tribe had to do Burpee’s. This lasted until it was time for the parade to roll. The Grand Marshal, Will, lead the crew to the bottom of the long ramp. The tribe made a tunnel and each member bear crawled their way through the tunnel as the entire parade worked to the top of the ramp. Quads and shoulders were all but wrecked by the end of the parade. We apologize to the ladies that are riding tonight in the, now, second best parade of the day and actually have to use their shoulders and arms again tonight for their throws.

Today, the Mardi Gras Positivity Award went to Sean. He always shows up, kicks it up a notch, and doesn’t complain about whatever workout we throw at him. Congrats Sean! We’re proud to have you as a member of our Krewe!