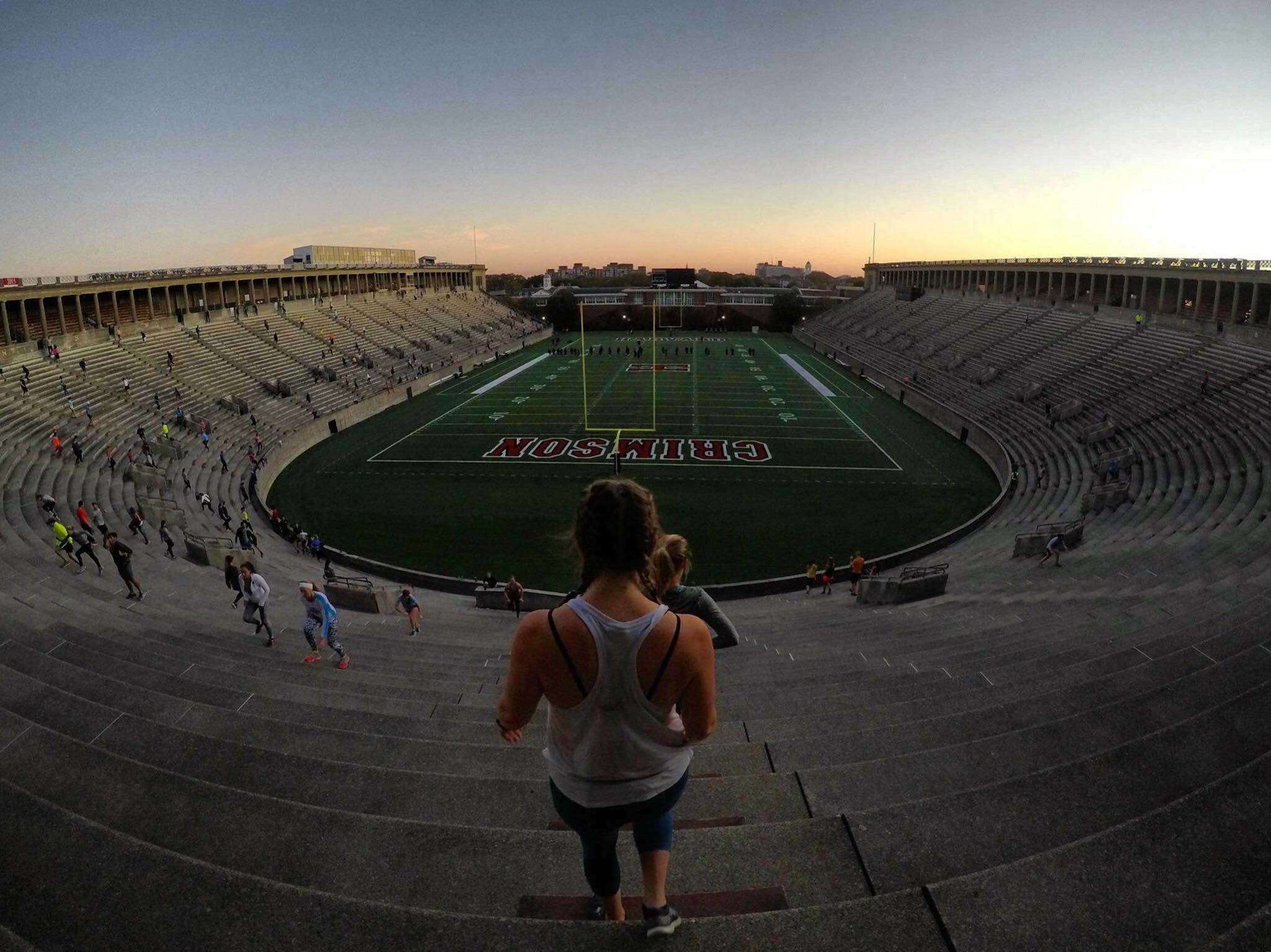 Today’s “KYT” blog comes to us from someone who’s been coming for less than a year, but feels like she’s been coming forever. Bempkins is one of those people who shows up once and “just gets it.” She had only been coming for a few months before she stomped onto the leaderboard during #frogust and–well, why don’t we just let her tell the story… 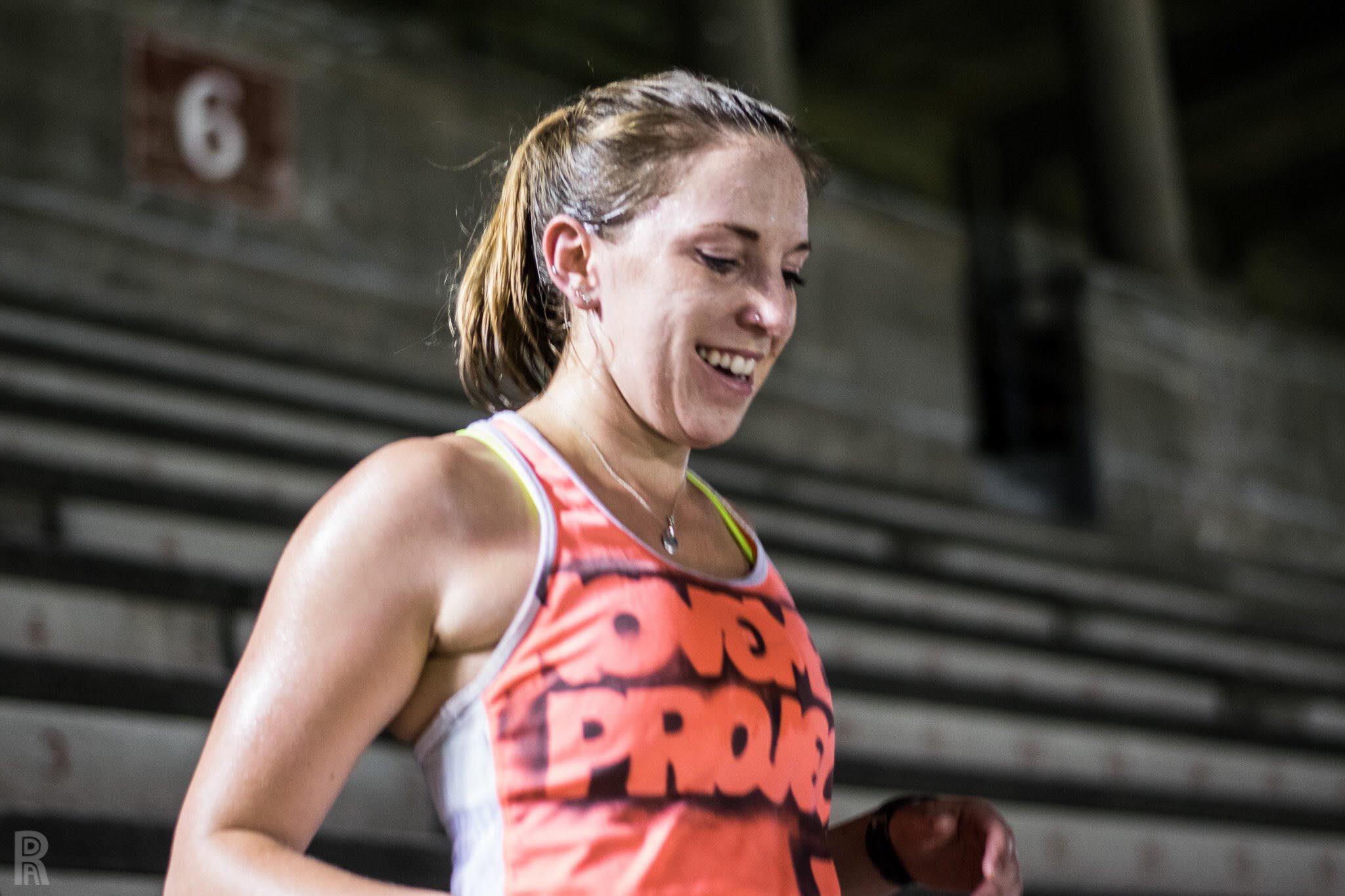 Name: Meredith Bempkins [Bemp-kinz; pronounced exactly how it looks, none of this “bumpkin” BS. knock that shit off.]

Date of First Workout: May 24, 2017 aka yearbook photo day…definitely wasn’t prepared for that. It’s only been 8 months but I feel like I’ve been showing up for years.

Why’d you Just Show Up? 2017 was a messy and transformational year for me. I started the year by moving back to Boston and starting a new job, which should have been a really cool and exciting change, right? Instead, I found myself in a really bad mental and emotional headspace. When I turned 25 at the beginning of March, I decided I needed to try something totally new. So I started running, which was huge because I always insisted I hated running and would never do it. My sisters were the runners in my family, not me. I swore by lifting and strength training, sans cardio. That was my niche. I was feeling really stuck though and I needed to get moving, and running was therapeutic and emotional and cathartic. It was something I wanted to do alone, so I could walk when I wanted to and ugly-cry when I wanted to and pause my watch intermittently so that my pace looked faster, when I wanted to. I was finally doing something for only myself. (PS I’ve since stopped the watch-pausing, because honesty and #PRgoals.)

So, May rolled around, and I was still pretty unhappy (apart from the occasional runner’s high/endorphins) and hadn’t really found where I belong yet. I had known about November Project since 2012 because I lived in Cambridge while I was in college. I really don’t understand how anyone can live in the Boston area and NOT hear about NP??  Anyways, I always wanted to show up but mornings were the worst and I never tried to get to a workout while I was living out here previously. I did know a few who had been members for a while (shout out to KMann) so one random night, I decided that I would try it at least once. I gave myself a little pep-talk that Tuesday night while I was setting my alarm for 5:30am: “If you wake up and decide to go, great. If it sucks, at least you tried it. If you keep sleeping, it’s just another Wednesday as usual. The world spins on.” I showed up late (classic me) and walked past the newbie group looking like a lost child and Emily called me out in front of the other newbs, shouting “YOU. You’re new AND YOU’RE LATE. I love it.” It was super embarrassing. And then I started meeting people. And then I showed up again the following week, and again and again, and here we are 8 months later. My life has done a complete 180.

Tribes Visited: None yet, but hoping to change that in 2018.

Also I think this is a trap and I guess this is where I’m supposed to say Mike Orbank. Funny story – Mike basically ghosted the tribe. His job requires super early mornings so he hasn’t really been able to come to the workouts since before I started showing up. We actually met at EmSauce’s birthday party over the summer. Thanks for being born/having a birthday, Emily! Mike and I may or may not be dating. Nobody really knows.

Favorite NP Day of the Week: Wednesdays and Fridays are tied. I used to hate Fridays because summit ave is a MOUNTAIN but it’s been the coolest challenge every week to see myself progress and crush that hill.

Favorite Recurring Workout: I can’t believe I’m writing this but…RaceMan. Raceman was like, my third stadium workout or something. I thought I was going to DIE. Obviously I didn’t, and I’ve begun to love the challenge of it and proving to myself how hard I can really push myself. Still haven’t puked.**

Least Favorite Recurring Workout: Also RaceMan. It’s a love-hate relationship. During the workout you’ll hear my saying “fuck this” under my breath the whole time but at the end I’ll be saying how awesome it was. It’s the worst and it’s great.
**Almost puked at the last RaceMan.

Favorite NP Workout EVER: Honorable mention to the BU Bridge takeover day. But stadium PR Day in August/Frogust takes the cake. I’ll talk about Frogust below. But this particular PR Day was amazing because everyone was pushing SO hard and crushing their goals all for the sake of the #tattooverbal from EmC2. I completed my first Century that day and secured my spot in the top 10 of the leaderboard for the month. It was the best way to end the month and start thinking about other goals that once seemed impossible.

I’ll never forget… Frogust. I’ve never done anything so stupidly out-of-moderation in my life. I was at the stadium nearly every single day, sometime twice a day. I think this was when I discovered that I actually have a competitive side. One time, EmSauce had to personally ban me from the stadium for 3 straight days by threatening to delete sections from my tracker. I reduced my full tour PR time by about 8 minutes throughout the month though, finished 1,115 stadium sections, and messed up my knee for the entire month of September. Was it worth it? Nope. I learned a lot about myself though and have found the drive to push myself more in other areas of my life where I need it. The month really just proved to me that I can accomplish anything. No more excuses. 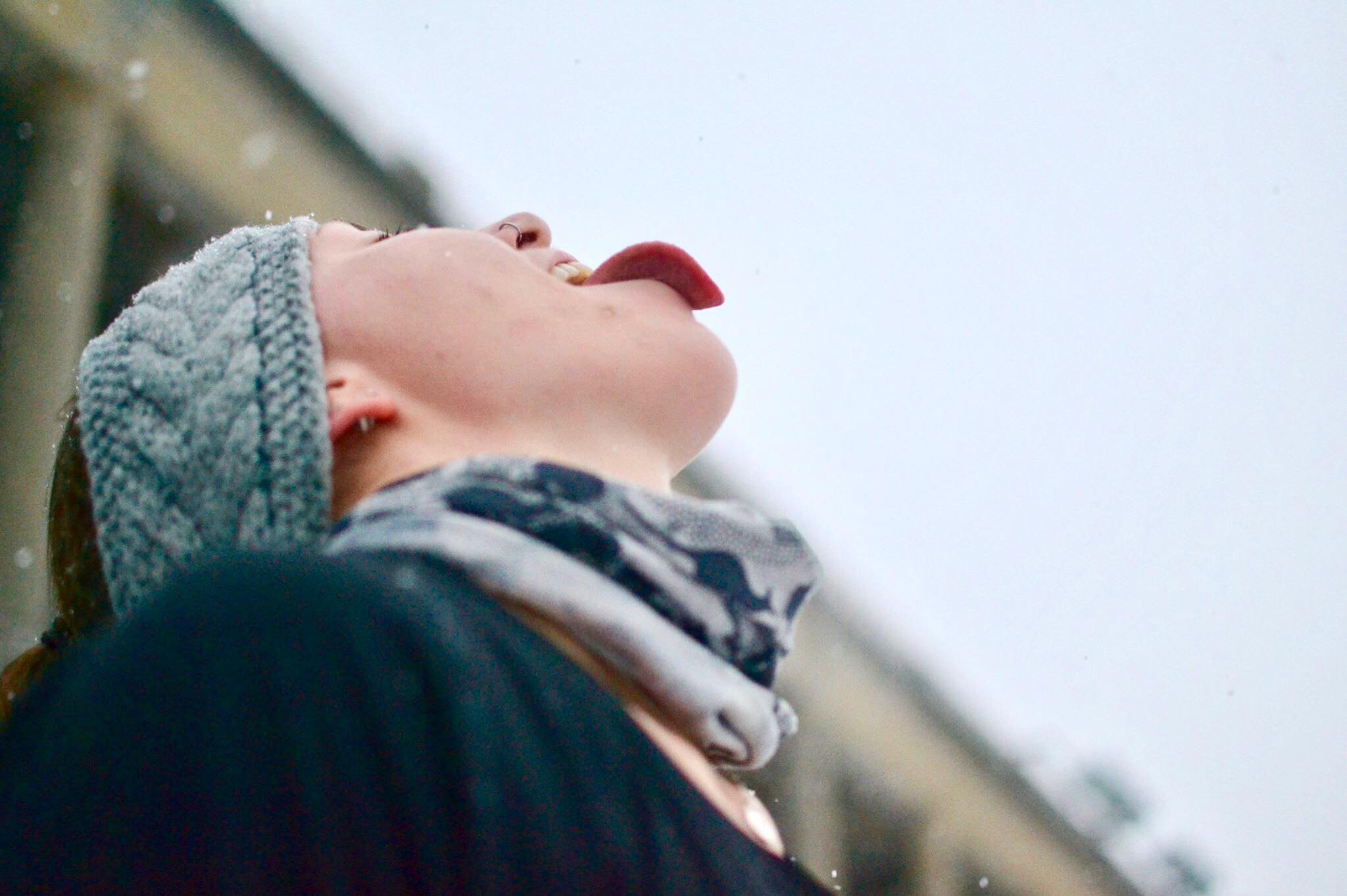 I laughed hardest when… Remember that clusterfuck of a workout at Castle Island in July? Still laughing at that. #Chaos

Anyone inspire you at NP that you haven’t told yet (now’s the time…don’t make it weird)?

Sherry Morrison, I hope you’re having a restful recovery, you’re missed at workouts! You’ve shared with me bits and pieces of your story, and it’s a constant reminder in my head that there’s no better time than right now to make my life exactly what I want it to be and shed everything that’s holding me back or is no longer serving me. Also you have the best hair (I had bright blue hair when I was 14). Thank you for being unapologetically you.

Why do you keep showing up? There’s no better way to start my day than with a little bounce and a lot of hugs and some free fitness. The days that I miss a workout always feel incomplete. I’ve met the best people through NP and have found a second family and home with this tribe.

What do you do for a living? Kick ass and take names, of course. I don’t like this question because most often when it’s asked, the intention is to find out what someone does to make money. Money does not make a living, though. I recently left a job that ultimately wasn’t a good fit for me or my lifestyle, or my happiness. I have a background in holistic psychology and counseling, and we’ll see where the wind takes me. **I’m actively seeking employment and am available for hire, and I’m pretty good with people.**

In my free time, I love maximizing my time spent outdoors, especially spending time near the ocean. I love live music and cooking, time spent with friends and my dog, and especially with my family. Someday I’ll get my two sisters to come to a workout.

When you were a child, what did you “want to do when you grow up?”

When I was 3 I REALLY wanted to be a turtle when I grew up. As I became more introverted over the years, I sort of achieved that, but NP pulled me back out of my shell. I also wanted to be a politician…gross. Then I decided I wanted to be a doctor. Then I wanted to be a photographer and I went to Ithaca college for film/photo/visual arts my freshman year. Then I transferred colleges a million times and took time off and finally landed as a counseling major.

TL DR: I’m still a child and I’m still pondering this question. We shall see.

What is your superpower? Functioning on not-enough-sleep all the time. Also making all of the ice cream disappear.

What’s a question that we didn’t ask that we should’ve?

If you could only have pancakes or waffles, which would you choose and why? You learn a lot about a person by their breakfast preferences.

What city should start a tribe next?

MONDAY DESTINATION DECK for the entire month of February will be on Boston Common.  Comm’on y’all, you know where the common is!!  Your friends know where the common is!  It’s pretty easy to get to!  YOU CAN DO THIS.  Plan your route, lace up your shoes, hop on your bike, get yourself to the Deck, enjoy the badass workout every monday morning and start the week off right.  Show up all 4 mondays, you never know what you’re gonna get… #JustShowUp.  Exact location in the tracker!

BUFFS! will be distributed next week on WED and FRI for everyone who ordered and pre-paid for your buffs.  You must show up and get them or have someone pick them up for you.  We will only hold these for you pre-payers through the next two weeks.  Anyone who ordered and did not pay needs to bring cash ($5 for each buff ordered) in order to pick them up in the next two weeks.  All buffs still left over (not picked up) will be distributed to those who missed the opportunity to order them.

SOCIAL! Next Friday night at 7pm.  Let’s meet up, hang out, have a beer or whatever, and do that community thing. Exact location TBD…but mark your calendars, this is happening.