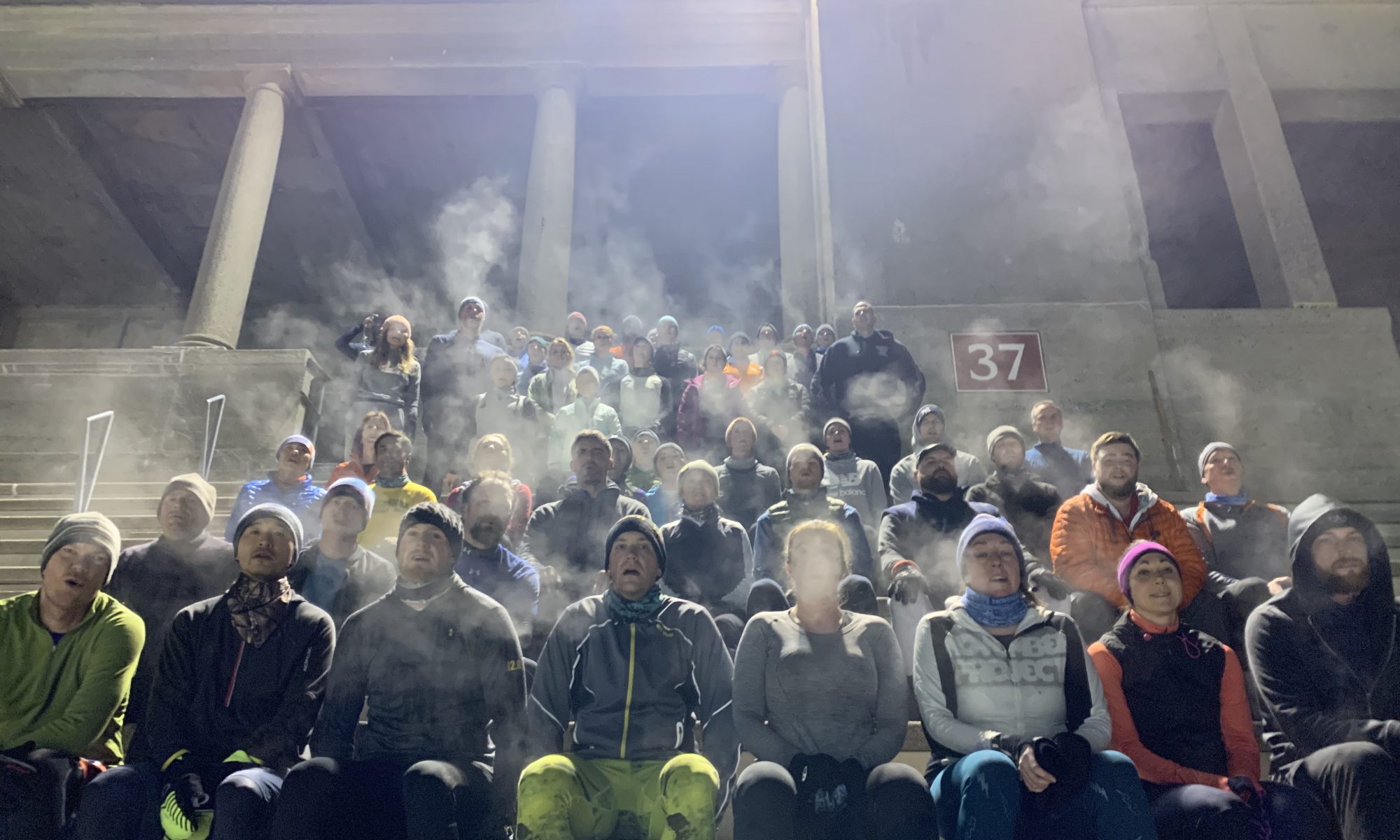 Since the earliest days of November Project–hell, since before it was a “project” and was just the beginning of an idea in conversation over a beer in a bar between two friends–this thing has been about simply NOT letting the weather get in the way of movement. It’s been about acknowledging that it’s cold or windy or all the winter things, and deciding anyway–sometimes deciding because of the weather–to go out anyway. To go out into the world, into the cold, fresh air and to move our bodies. To get something almost unexplainable from the experience that positively impacts our physical well-being, as well as our mental state, our sense of social connection, and our overall feelings about the rest of the day (and life).

That’s what November Project was about at the beginning and it’s still at the core of the core of NP today. This morning in Boston it was somewhere around 15 degrees. Fifteen whole degrees above zero degrees. Which lately, has felt really cold. It’s been windy, it’s felt brutally cold after having a recent weekend of 65 degrees…and these are precisely the mornings when it’s easiest to think about how hard or uncomfortable it will be to get outside. It takes time to layer up. It’s going to be annoyingly cold at first and then getting sweaty can get tricky to stay warm or whatever afterwards…and ugh, isn’t it just easier to stay in? To tell ourselves we’ll go out later? To say that we’ll go to the gym or a fitness class at another point today…or tomorrow instead? Of course that is easier.

But what’s not that hard is showing up because you know other people will be there. It’s not too difficult to layer up with anything you’ve got because you can always take off the layers when you warm up and because when you move, you just DO warm up. It’s worth it to show up because other people are doing it–which is literally the best kind of “peer pressure” or group mentality to help you get all the things that come from being at the workout.

There’s more and more science (actual science) that shows the benefits to our brains (and therefore how our bodies react and how our minds respond) simply by moving our bodies outside. Outside versus inside. It makes a difference to our brains. And people who move, in any kind of movement, outside get more from that movement than those who move inside or don’t move at all. And there are tremendous benefits to moving in unison with others, in groups, in pairs, in community. When you break it down to the science of it all, it’s actually not a wonder why we keep doing this week after week, year after year. Because it feels so damn good, to our body, mind, and everything else we have.

Despite the relative cold we felt this morning, and even despite the ice left behind on much of the stadium stairs from the recent snow, this morning was hot. It was fun and offered a different and varying type of intensity with a combo of the regular sections and the back tower of stairs, and you bet your ass everyone warmed up to be steamy and sweaty far before gathering for the group photo. And it was hottttt, like exactly the kind of morning you want to start your day with. No regrets from those who showed up, only gratitude, good feels, and a “f*ck yeah” kind of attitude.

So keep showing up Boston. Despite the weather. BECAUSE of the weather. Get all the good there is to gather this winter in all the weather, because it’s out there. It’s right here. Come get it while it’s hot.

MONDAY 1/27: we’ll be at Porter Square, outside the T station for our #destinationdeck workout. 6:29am. See you there.