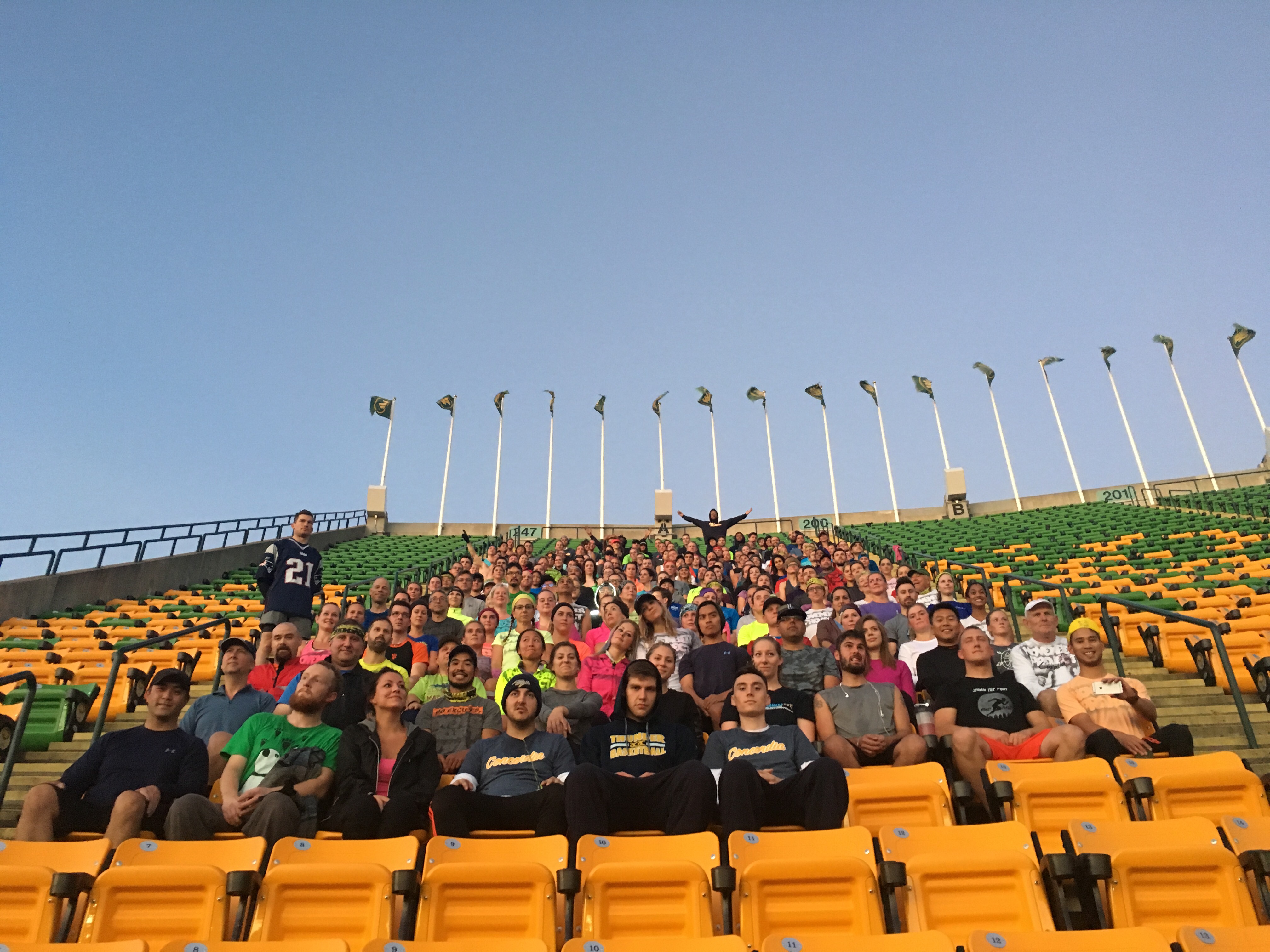 Have you ever opened up a box of donuts (Moonshine of course), and as you ate the first one, you told yourself that you were going to stop? But then, a few seconds later, you decide that you can have just one more? This has never happened to me. I go in knowing that I’m going to crush that entire box in one sitting. However, this happens to Jen all the time. She feels guilty when she has to tell her fitness pals, but what her fitness pals don’t know, is that these donuts are making her a better athlete. They’re #performanceenhancingdonuts, so really, she’s doing herself a favour.

Why am I talking about donuts? Because I love them, and I also love commonwealth stadium, so while we told ourselves that it was likely the last day at the stadium, just like a box of donuts, we decided that we’re going to go ONE MORE WEEK! And we have Moonshine Donuts to thank for making us want Just One More!