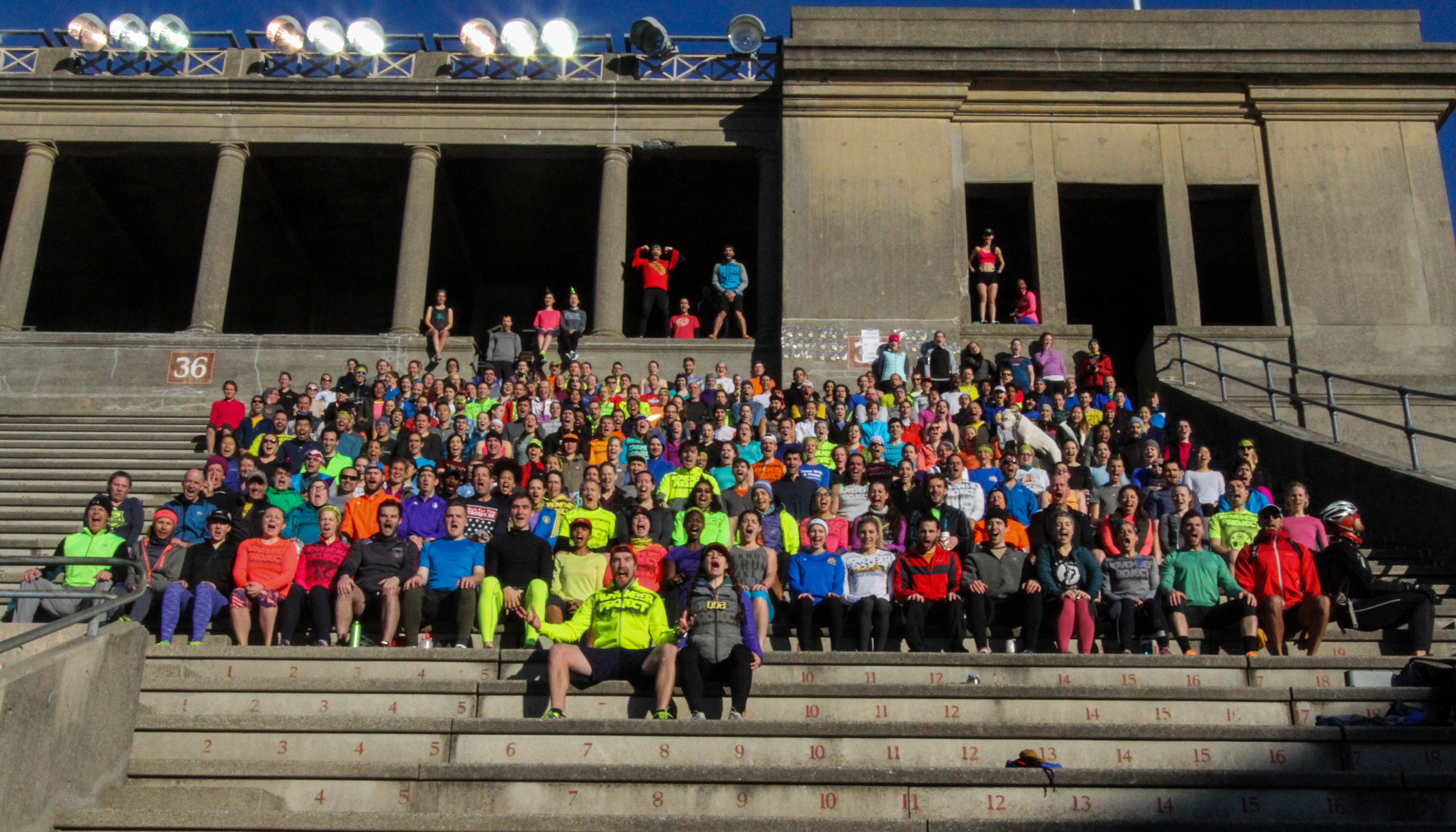 Here we go, you should all know these responses…

What time is it?

You’re gunna have to pardon our French-Canadian; or our Canadian-French, but your answer better be FUCK YEAH.  Because this morning was off the chains, it was cooler than sliced bread, it was hotter than the rad human who came up with that idea, it was sharper than the knife that sliced that bread, it was more energized than the yeast that made that delicious sourdough bread rise… Ok. I Capozzied a little too hard there. Sorry. Where was I? Oh right–this morning…

The first question, ‘what time is it?’, is more of a loaded one.  It’s definitely Wednesday, it’s only 11:19 in the morning,  we’re probably still riding the high and waiting for the photos and blog to drop so we can procrastinate a bit. But it’s also a whole lot more.  This is BOSTON MARATHON WEEK.  It’s the time of year when it’s light at 5:45 and we get to see a bunch of heavy hitters that descended on our city for one of the best days in Boston.  It’s a time when the energy and vibe go through the roof*.

It’s also that time of year when we get thousands of muggles (aka Non-NPers) in this city.  Whether it’s for the marathon or warmer weather, we see new smiles fixed on the skulls of new humans, aka newbies.  This is a time to ride the high with our friends, but also a chance to meet new folks, whether they’re from another November Project tribe in one of the 29 other cities or their first time to any NP gathering.

Let today and this week serve as your reminder that this movement is bigger than just Boston.  This positive, energized group of humans is spread all over the world and we’re connected.  Use this week as a chance to meet some of these people.  It’ll make this community stronger and more positive.

Today. We took on a workout that’s a crowd favorite.  We call it Relay Man.  This, besides being an ass-handing workout, is the perfect chance to meet new people.  We chose partners and threw down some impressive stair-skills to show those out of towners that the stadium hype’s real. It’s harder than any other workout around.

Our fierce boy, Dan Adamietz won the PA today.  This dudes getting after it so try and keep up.

Friday. We take on Summit Ave again at 6:29.  If you loved today, then you’ll definitely love Friday.  Be there or be square.  Square?! Squares aren’t fast barreling downhill.  You don’t want to be a square, come be unsquared with #C-squared.  Alright, I’m done.

Saturday.  THE EVENT.  It may or may not be sold out yet, but November Project is having its biggest event yet.  All the info is here, but all you really need to know is you DO NOT want to miss this.  We’ll be talking about this one for a while.

Monday Location and Tracker.  Yup, you saw right, we’re dropping Monday’s location now to give you ample amounts of time to catch the flu (if you’re supposed to work), sharpie it in your calendar, recruit and #Justshowup.

Let’s reiterate one point – RECRUIT HARD, folks.  We’ve got a giant field next to the course with easy access to mile 18 (where we’re heading afterwards).  We’ll have a ton of outta townies + newbies, so let’s show them how we do it and make this one BIG.

This is what summer feels like at November Project all around the world, but especially right here in Boston.  #thetribeisstrong

*Harvard has clearly decided not to repair the roof from last year’s shenanigans.