When explaining to somone what November Project is, you will often here us say ‘ It’s more than just a workout ’, and we mean it!
On to many more Wacky Wednesdays together!

Guest blog brought to you by Hulahooprunner 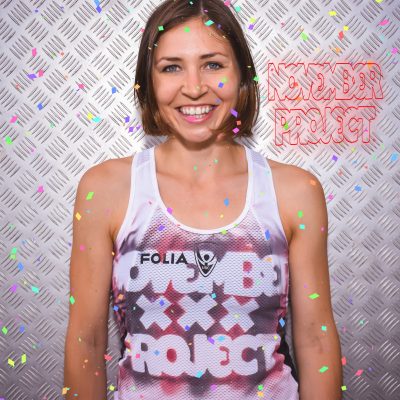 Urban sociology theorizes that individuals embrace the anonymity offered by cities. City dwellers enjoy the large, dense, and heterogenous atmosphere provided by urban culture. Amongst the hustle and bustle background, urbanites camouflage themselves. Unlike small towns – where everybody knows your name, birthday, street address, and what you had for breakfast – cities offer isolation, superficial connections, and fleeting relationships. In the absence of intimate personal acquaintanceships, however, cities can also be a breeding ground for loneliness.

I know what loneliness feels like first hand. I moved to Amsterdam, the capital and most populous city of the Netherlands, in 2015. With a population of approximately 820,000 people, Amsterdam by my small-town, rural standards is a proper city. As a working mother, and expat, I quickly became immersed in, and shocked by, city life. Cramped into a small apartment, with maximum social distance, I began the process of self-invention and self-erasure. Instead of creating any social bonds or establishing close ties with anyone or any particular group (minus a few colleagues), I slowly detached and disengaged from my surroundings.

I had been invited to this group called November Project on January 1, 2017 by one of its members, David. It would still take me another nine months before I would finally show up. It wasn’t because I was lazy or because I couldn’t commit to early morning workouts. Those that know me, know that I am a morning person and that I am anything but slothful. It also wasn’t because I had too many social engagements or fitness groups to attend. I was deficient in both fronts.

The reason it took me so long to finally show up at the Nemo Stairs at 6:28am on Wednesday was because I was sick. My illness, however, was invisible. I had no physical ailments, injury, scars, or bruising to show. I was chronically depressed, and I was existing in the darkness of anonymity. I was simply a Jane Doe wandering aimlessly through the narrow streets of Amsterdam plagued by fear, anxiety, and loneliness. I was suffering from an imperceptible agony and I had no cure.

I was ashamed, guilt-ridden, and secretly shouldering a burden that was leaving indentations on my spirit. Somewhere between the hopelessness and nothingness, I had mustered enough energy to devise the ultimate escape plan. With the curtains drawn, body lethargic, and mind lulled by blackness, I had become a problem solver. I had designed the most effective way to eliminate the pain: suicide. It was a bullet-proof, inescapable plan. I had a date set and a fail-safe method chosen.

It was not an easy, weak, selfish, or sinful decision. It was the only way out of this abyss. I no longer wanted to be a burden to those that I loved. I did not want to die. I just no longer had the ability to live. Due to a fortunate set of events and intervention by a friend, my family, and medical professionals, I was able to step back from the ledge and get the help I so desperately needed. But this was only the beginning of what would become an intense, multi-pronged, treatment plan.

On my road to recovery, I needed to somehow find connection with my fellow urban villagers. I had for too long passed unnoticed, hiding in the dark crevices of urban spaces. I could no longer engage in disappearing acts. I needed to deconstruct the anonymity and connectedness binary. This is where November Project entered the scene. Nine months after being invited to join the Amsterdam Tribe, I finally found myself greeted with tight embraces, high fives, goedemorgens, and a whole lot of cheer. I found it uncomfortable. I felt out of place. But I was also a bit intrigued. As the Wednesday mornings rolled into the next, I found myself hugging back, letting down my guard, and even having a bit of fun (gasp!). November Project had overridden the need for anonymity in the city and created a bond of lifestyle, of shared interests, of kinship. It created urban connectedness and was my very own urban village within a larger city.

Since joining November Project, my son has also become a regular tribe member. He is the only four-year-old I know that has mastered the burpee and plank. Every Wednesday (which he calls ‘Wacky Wednesday’), he wakes up excited to workout, to give high fives, to wear his grassroots gear, and to be goofy with the tribe leaders, Saskia and Roderik. Within less than a year, November Project has become an extended family to us.

So, from the bottom of my heart, thank you, Amsterdam Tribe, for saving my life each and every Wednesday morning and for allowing me and my son free entrance into your awesome urban village. 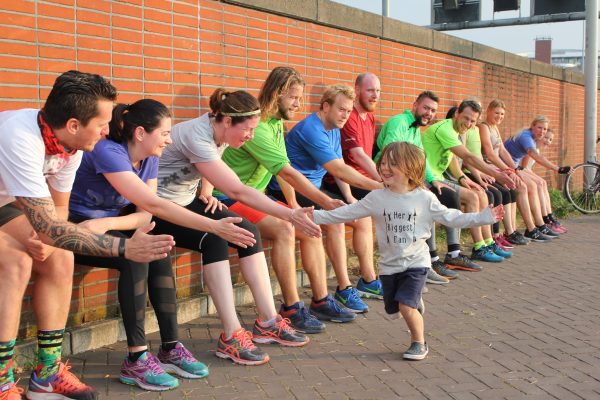 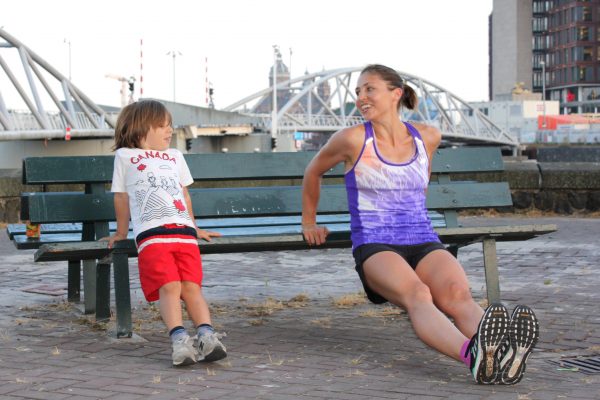 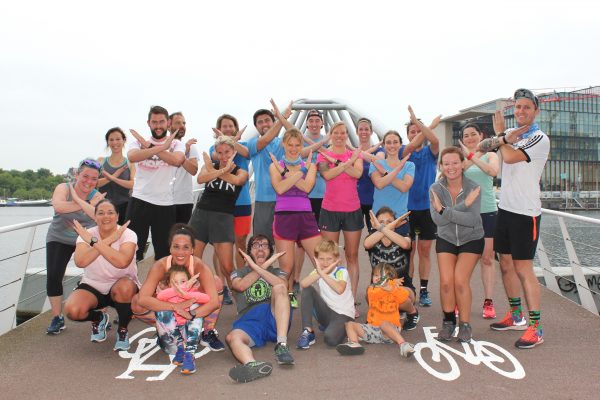 Heather and Kid X, we’re glad you are here!