Last Friday, Atiya posted a note in the social group where she expressed joy at meeting ten new people at a workout. It touched my heart because I’m a firm believer that NP is about so much more than just a bunch of crazy people waking up early in the morning to work out. I am so glad she decided to share her story with us because she’s the perfect example of the impact we’re making on ourselves and those around us when we show up. Since Atiya is a much better writer than me (seriously, she’s a published poet), I’m going to let her take it from here. – Dani 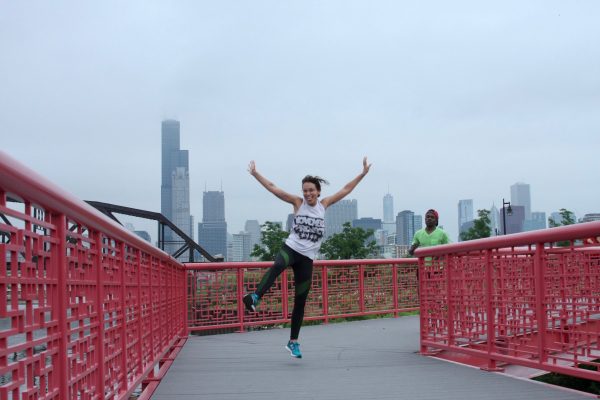 My love for November Project blossomed in the Spring of 2013 in San Francisco. I grew up in the area, and I went to my first workout with my best friend from high school. Like many cities, SF is transient, and I loved welcoming newbies to my home.

A few  weeks ago I moved to Chicago, and I became the newbie. It can be tough being the new girl in town: not knowing anyone; not knowing which bus to take; not knowing what everyone is talking about when they discuss bars, neighborhoods, streets, etc. I am an introvert and I very openly suffer from depression. Even when I’m surrounded by friends, I often worry that no one actually likes me. Years of experience taught me that NP is a welcoming community, providing an unlimited source of hugs and encouragement. But when I showed up to my first workout, I wondered if I would get any of that. Ninety seconds later Stewart – one of NP Chicago’s fearless leaders – threw her arms around me and introduced herself, 6 or 7 more hugs quickly followed. “Ok, cool”, I thought, “I can totally do this.”

And I am totally doing it! 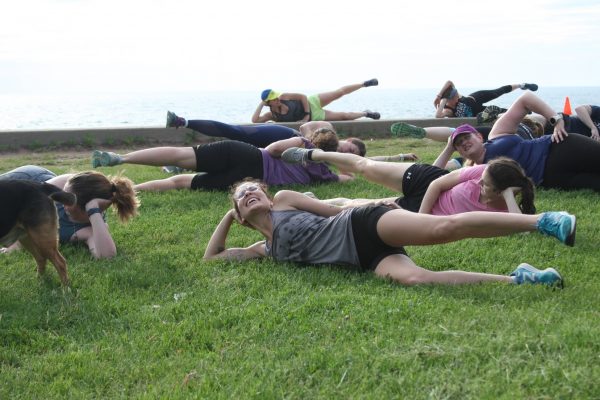 Aside from a short trip to France for a best friend’s wedding – who I met through NPSF! – I have not missed a workout since I moved to Chicago.

On my first Friday workout, the bounce included a chant of “I know I can, be what I wanna be. If I work hard at it, I’ll be what I wanna be”.  As I bounced up and down, chanting the early 2000’s Nas song, I actually had to hold back some tears. Not for a longing of simpler times, but because it’s not every day that we speak encouraging words to ourselves, and even more rare that we speak them out loud or yell them at the top of our lungs alongside 50 other people.

November Project is not just a workout. I mean, it IS quite the workout. If you’re looking to get in shape for an unbeatable price aka FREE, look no further than this brightly dressed, sweaty, smiling gang. But you should know that November Project is also an incredible movement and space. Remember when we were kids and everyone played together at recess, and you had a place to jump as high as you wanted and run as fast as you wanted and play games and yell and laugh? November Project is kinda like that, but better, because no one ever has to worry about getting picked last or being made fun of.  Everyone is welcome. Everyone is wanted. For someone who doesn’t often feel that way, I feel it at every single NP workout.

I think people initially show up for the workout but stay for the community. Getting up at 4:40 a.m. on a rainy Friday morning sounds tough, but it’s actually the easiest part of my day. Where else am I gonna get a dozen sweaty hugs and countless high-fives as I work on my Beyonce booty?

Each hug is an “I am so happy you’re here” and every high-five is a “You’re fucking awesome!” I know it sounds cheesy, but it’s true (as a vegan I need to get my cheese fix somewhere, right?). 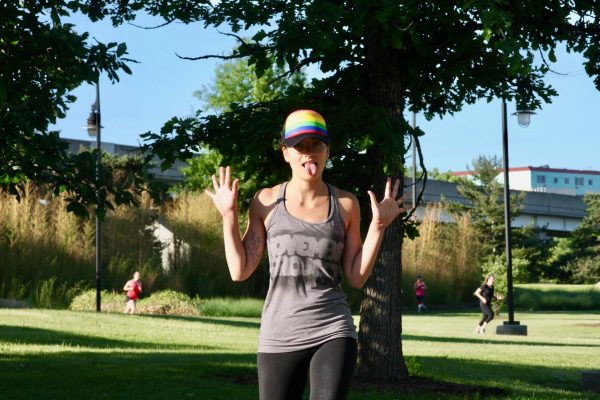 During the workout last Friday, not only did I do more burpees than I ever want to do again in my life, I met at least 10 new people at the workout. TEN. In one hour while running around Chicago’s famed bean. That’s 10 new friends before 8 a.m.! Admittedly, I don’t remember everyone’s name. But I do remember thinking, “Damn, I do belong here.”

NP Chi, thank you for making this place a home for the new girl in town.