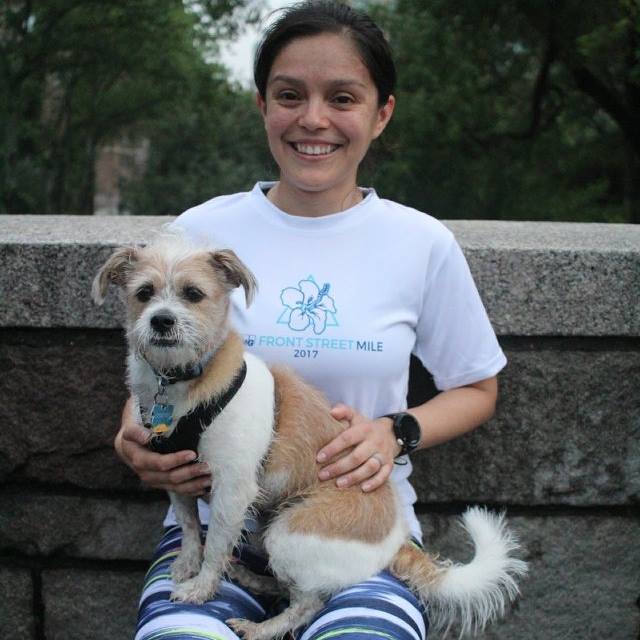 Yes, just like in that song by The Fray, only different…

Earlier this year, I was checking my email on my way home from work when I saw the words “You’re a Match” in my inbox. I didn’t know the sender, but I knew exactly what the email was about. It was probably because in the back of my mind this was an email I had been anticipating for a few years. To understand where this email came from, we need to take a step back.

Step 0: You’ve Got Nothing to Lose

Back in November 2014, I was at Irving Plaza with my friend Taryn to see Andrew McMahon in the Wilderness.

We had some time to spare before Andrew took the stage, so we wandered around the venue and came across a table set up by a group of volunteers from Love Hope Strength who were helping people to sign up for the national bone marrow registry. I remember chatting with the volunteers and I was really surprised by two things:

1) How easy it was to register to be a bone marrow donor.

2) The chances of a patient finding a match are kind of slim. And they’re even slimmer if you’re an ethnic minority.

All it took was a cheek swab to potentially save someone’s life. It was that simple. I told myself that I had nothing to lose.

Back to step 1. Back to the start of 2019. I walked in the front door of my apartment and the first words I said to my husband – Brad – were: “We need to talk.” In hindsight, that probably wasn’t the best choice of words to nervously utter to your significant other, but I was too scared, nervous, and excited to really think about what I was saying. I explained how I had signed up on a whim and told him the little bit of information that I remembered from 4 years prior. I told him about the email I had received from DKMS, the organization that coordinated this whole procedure, telling me I was a match and that there was a patient whose medical team was waiting for a response from me. All that he asked at the end was “So you’re doing this, right?” Of course I was. There was no part of me that could possibly say no to a patient that needed me. But we had so many questions to ask of each other. What about this marathon I’m training for? What if we want to go on vacation? What if we want to start a family? The answer to all of them was “It can wait.”

The following morning, I took a deep breath and called the coordinator at DKMS to tell her I was in. There were still so many unknowns about this whole process, but I was committed to helping. I learned that I needed to undergo some tests to make sure I was healthy enough to donate. I also learned that there are actually two methods of donation! There’s the surgical method, which was the only one that I knew of, the one that people claim is super painful (psst….it’s not, but more on that later.) There’s also the peripheral blood stem cell (PBSC) donation. This method is nonsurgical, it’s more common, and was supposed to be the method I was going to do.

With testing completed and a commitment made, all I had to do was wait for a date. I waited for a couple of months until I finally heard that the patient was not ready and I was no longer being asked to donate. Honestly, I was a little heartbroken. What if the patient was ready months later and I couldn’t donate because I had moved on with my life? What if the patient couldn’t find another match? But I had to move on. I thought about this patient as I continued to train for my 5th marathon. I started thinking of other ways to help. What if I donated bone marrow and had the patient’s medical team hold my donation until they were ready to receive? Could this be a possible solution? I tried to Google the answers. Turns out Google doesn’t have all the answers.

About a month later, I was contacted by DKMS again. THE PATIENT WAS READY!!! I was still a match. I was still able to donate. I was no longer training for a marathon. Everything had aligned except that my latest physical exam showed my platelet count was not high enough for a PBSC donation, but I was still eligible for bone marrow donation. Yes, the full surgical procedure. It would mean extracting bone marrow from my pelvic bone with a large needle, but while under anesthesia. I wouldn’t feel a thing.

It was a big commitment. I was given a weekend to think about it. I didn’t need a full weekend. I didn’t even need a day. I got off the phone with DKMS and headed to a friend’s wedding for the weekend. That weekend cemented my decision to donate. I observed the bride and groom and all their loved ones have a weekend full of so much joy and I knew that if I could put myself through surgery so that the patient could experience at least one more event like this with their family and friends, it would be worth it.

Here’s a fun fact about me: I’ve never had surgery. Prior to this experience, I had only been to the hospital twice in my life –to wait for my younger sister to be born and to take Brad to the ER. Barely knowing what a hospital looked like, I showed up with:

Clearly, I had no idea what I was doing. I was nervous and too afraid to admit it. I spoke to a ton of doctors and nurses that morning. Brad and I were given instructions for a smooth recovery, which included not exercising for seven days. Yeah, they told a marathoner not to exercise. I laughed…no one else did.

I was led into an operating room that looked just like ones on TV! But I guess they all look like that. I don’t remember much after that. I woke up feeling very sore and after a few hours I was discharged and headed home. I had spoken to a coordinator at DKMS and a nurse from the hospital at great lengths about what the procedure and recovery process would be like. I had an idea of what to expect and was told that everyone was different in terms of length of recovery time. It almost seemed like there was no exact way to prepare, you just had to wait and see. The best way to describe what I felt the days following the donation was that it felt like I had run a marathon. The same level of soreness, the same level of fatigue, the same level of difficulty walking. While I had laughed at the idea of taking seven days off from exercising, the truth is I really needed it. My body was busy reproducing bone marrow and I might deny it later, but it was nice to take a break.

A week after donation, I started to regain my energy and went back to exercising with my humans and furry friends at November Project – NYC. The comeback hasn’t been easy. That first mile I ran left me out of breath. The jump-squats I did left me feeling weak. I still have scabs on my lower back at the incision sites. I don’t know if I’ll have scars…I probably should’ve asked someone about that. But knowing what I know now, would I do this again? ABSOLUTELY!

If you’re interested in learning more about bone marrow donation, maybe get a different donor’s perspective…maybe one that doesn’t ramble too much…, or to sign up to be a donor, I recommend visiting https://www.dkms.org/en/register?source=November_Project for more information.