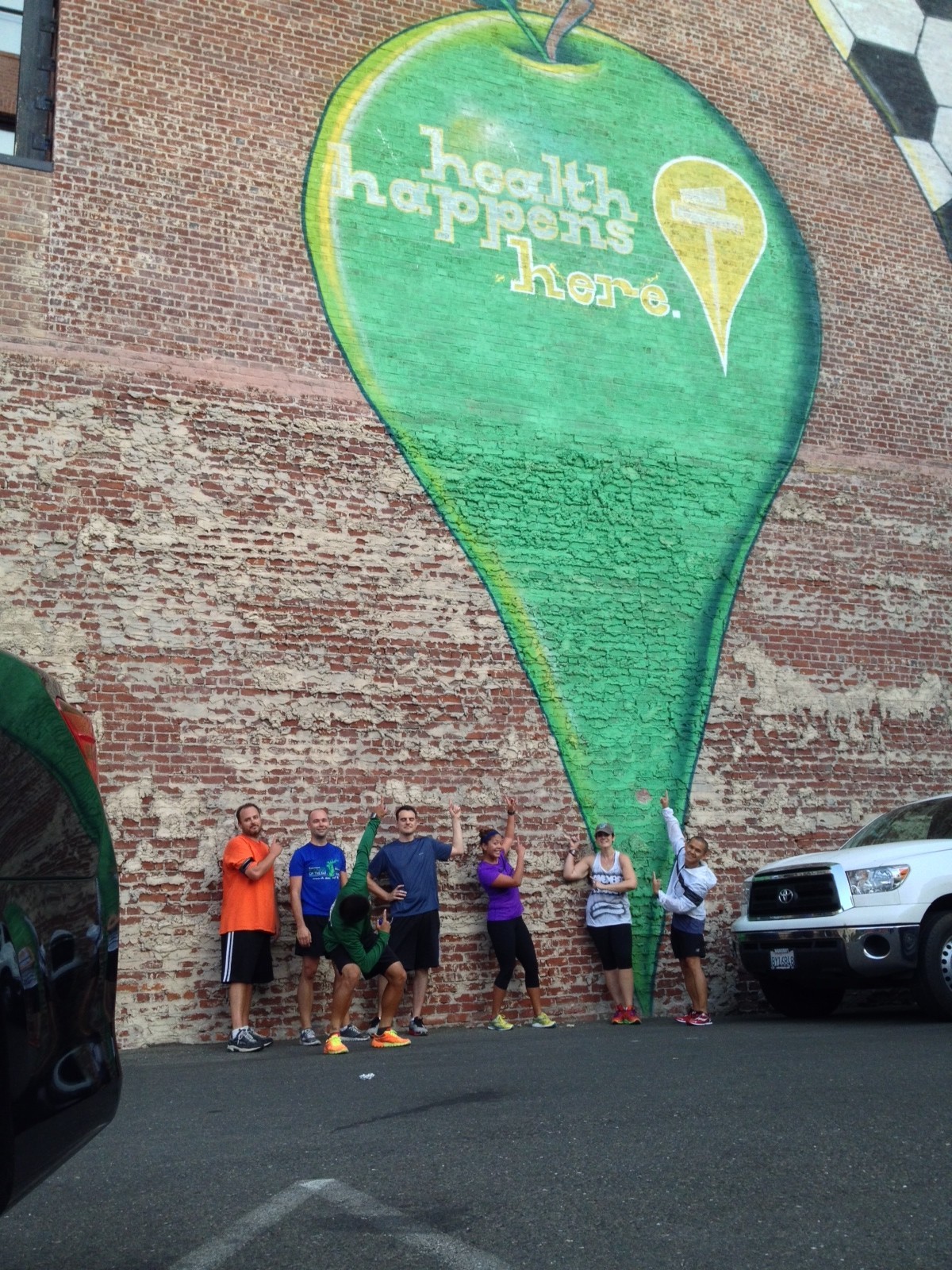 Because the city of Sacramento always has something going on and loves to close off streets where we meet, we had to move this Wednesday morning’s workout over a couple of blocks to the stairs between 14th and 15th and K Street. Once everyone arrived we went around the block for a quick warm-up before hitting the mean 3 tier stairs of a local Sacramento building.

One after another we made our way up and down the climb after each full set we did some core and strength work. With a few cycles through the steps were covered with sweat. A morning gushing of wake-up, much like a dog pissing on a fire hydrant, we claimed our territory.

After the stairs got flattened out from our workout, we finished off the workout with a quick cool down lap around the block, took our photo and said “later” to our NP homies.

Also in case of location changes due to uncontrollable factors, we post that info on Twitter and Facebook as well so keep up with it all.