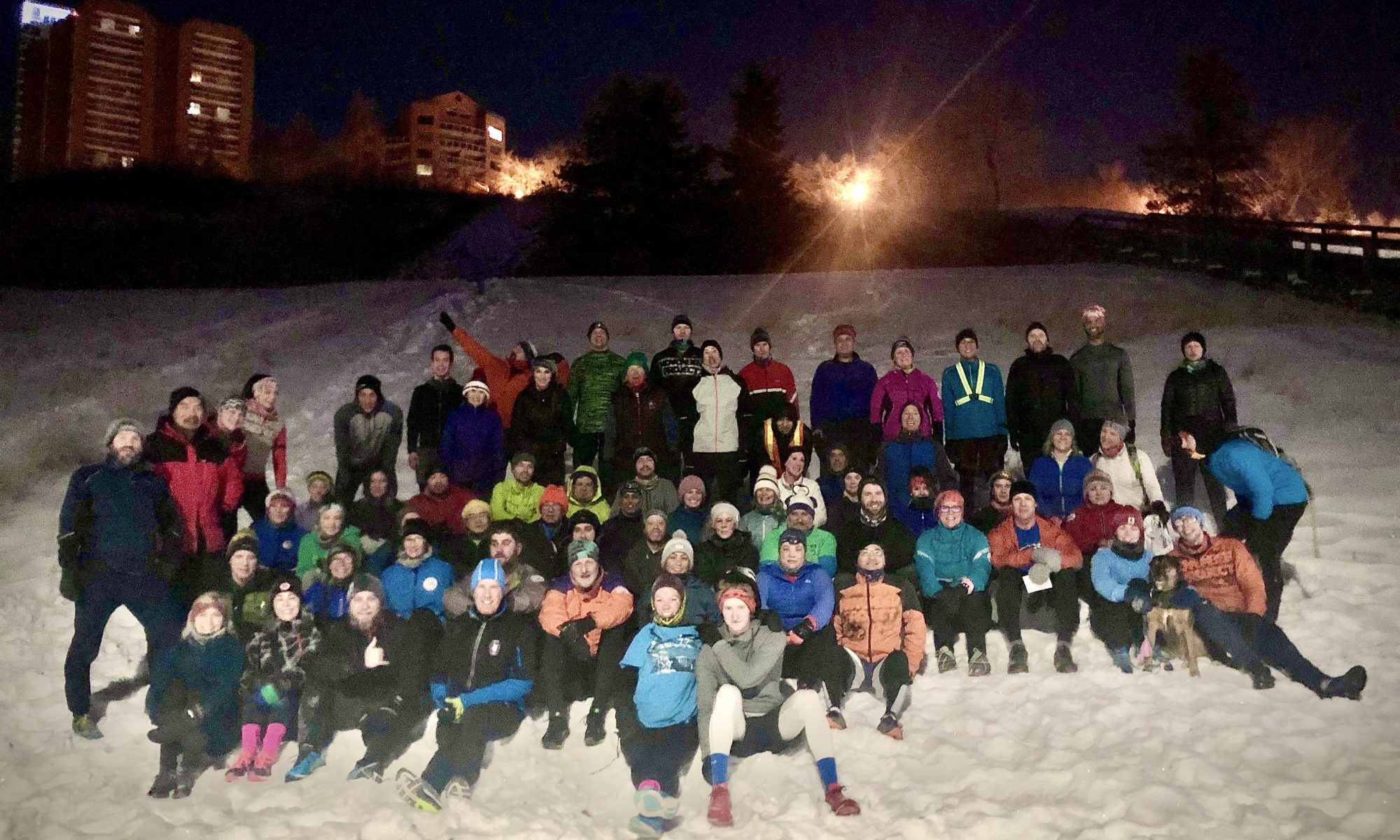 As mentioned on Monday, we will be highlighting some of the November Project Community Agreements that were formally introduced a while ago. It’s always good to visit the core values of our community and ground ourselves in what November Project all stand for.

Today, we’ll be talking a bit more about: Grow Community.

Connecting with the members of the community, both at the workout and not, engaging in local events, and supporting your neighbors, all while inviting them to participate in November Project workouts is how the grassroots word-of-mouth growth happens organically. So, keep connecting face-to-face out there in the world and let’s see how big we can get this movement to grow.

Jen and I often say that at November Project, we use fitness as a vehicle to build community. I still find that to be 100% true. Let’s be honest, the RG stairs are available 24/7. But there is only 30 minutes a week where you have 80 others cheering you on and pushing you to overcome obstacles in you way. It’s things like showing your support to others, holding each other accountable and sharing experiences that build community. Since 2013, I’ve spent so much time talking about November Project, what it’s like, how it got started, how hard it is, etc. And I’ve had some terrible conversations, some decent ones, and a few great ones. Almost every conversation is different. But yesterday, while I was at City Hall, I was reminded of a conversation I had where I convinced someone to come to NP. Here’s the coles notes:

I was at the premiere of the Sherlock Holmes exhibit at the Telus World of Science and was speaking with a married couple. As I spoke to them, we started talking about being active and the husband mentioned he rode his bike to work often. The conversation evolved and I explained to them how I was part of this free fitness group that meets early in the morning and what it is that we try and do. At this point, I hadn’t gone in for the “you should totally try it out. You’d love it.” As I saw more interest from the husband, and a clear and stated non-interest from his partner, I took them both back on a journey that they could relate to: Recess. They both remembered being at school and waiting for recess. At some point when they were growing up, they wanted to go and play with their friends. We talked about what we did when we were in recess. For me, I talked about being in kindergarten and playing marbles with my classmates. Or when I was in grade 2 and all we wanted to do was step on the thin layer of ice covering the puddles at the bottom of the hill and how it lead to a house fire (story for another time). We talked about how we count down the seconds to the bell, rush to put on our jackets, boots, mitts, whatever, and run out to the field and get that fresh air. And once I had him thinking back to all the fun he had waiting for recess, that’s when I started to change the conversation. You see, November Project is not much different than this. While I think we’ve only brought out marbles at NP once, we’re all still rushing to have recess. That’s the feeling and excitement that was going to convince him to come. I didn’t even have to say the words. He said he wanted to come. Now, it doesn’t end there, because I figure I’d add some accountability into this. We pulled out our phones to look at our calendars and I figured we should put a date in there. It’s a lot easier to stay accountable when there’s a calendar invite. So, we found a Wednesday that was clear and we put it in. Sure enough, he showed up.

November Project grows in many ways. However, face to face interactions have always been the best way to grow the movement.

Friday: We have some babysitters for you! They’ll be in charge at Walterdale Hill. 6am.