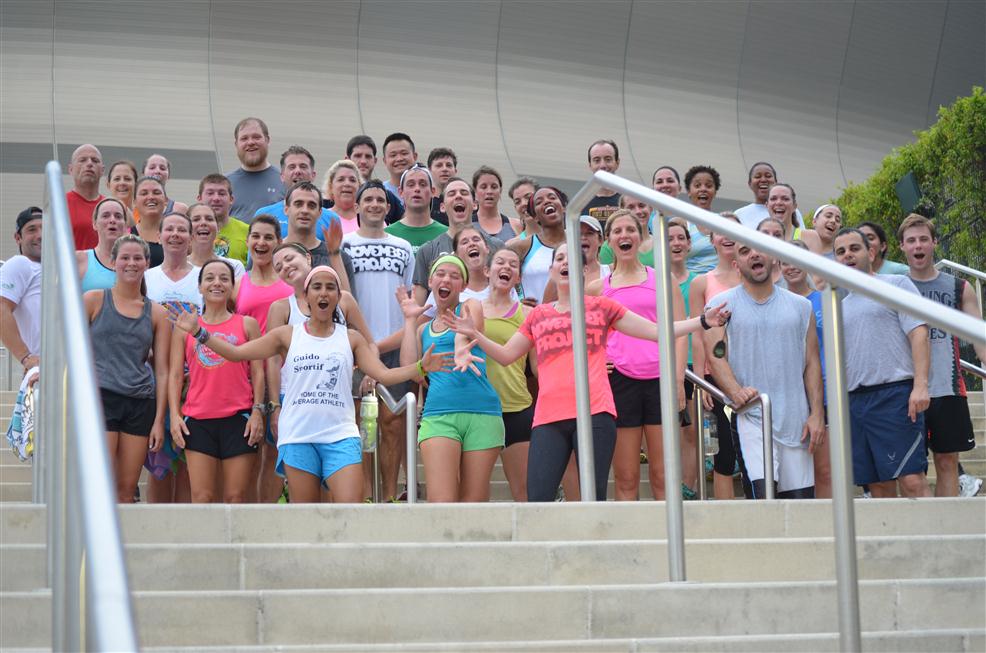 The weatherman did it again. He tried to scare us and we called his bluff. Of course, we are #weatherproof and today we thought we would get the chance to prove it… Well, maybe next time because today was perfect.

Kate was in charge today and put the group through the ringer. (Helpful hint: Do not ever make a joke about a female leader making the workout “Girly”. She will make you pay). Stairs, ramps, lunges, dips, jumping jacks, and air squats we tackled the gambit today. A tough workout that pushed the group to the limits . But it was not over. We ended with a voluntary planking competition to see who can hold a plank the longest. In the end, three ladies, Amany, Ashley, and Janelle would not be denied. We had to force a tie just to keep them from being left by their rides.

In hindsight, the ladies of the group dominated today. Not that we intended to make it a battle of the sexes but at least now we know who would win.

Moral of the story: next time you hear a word “girly” you better come ready to get your ass handed to you!

Special shout out to Zach from the Boston Tribe that showed up this morning. Thanks for coming out!