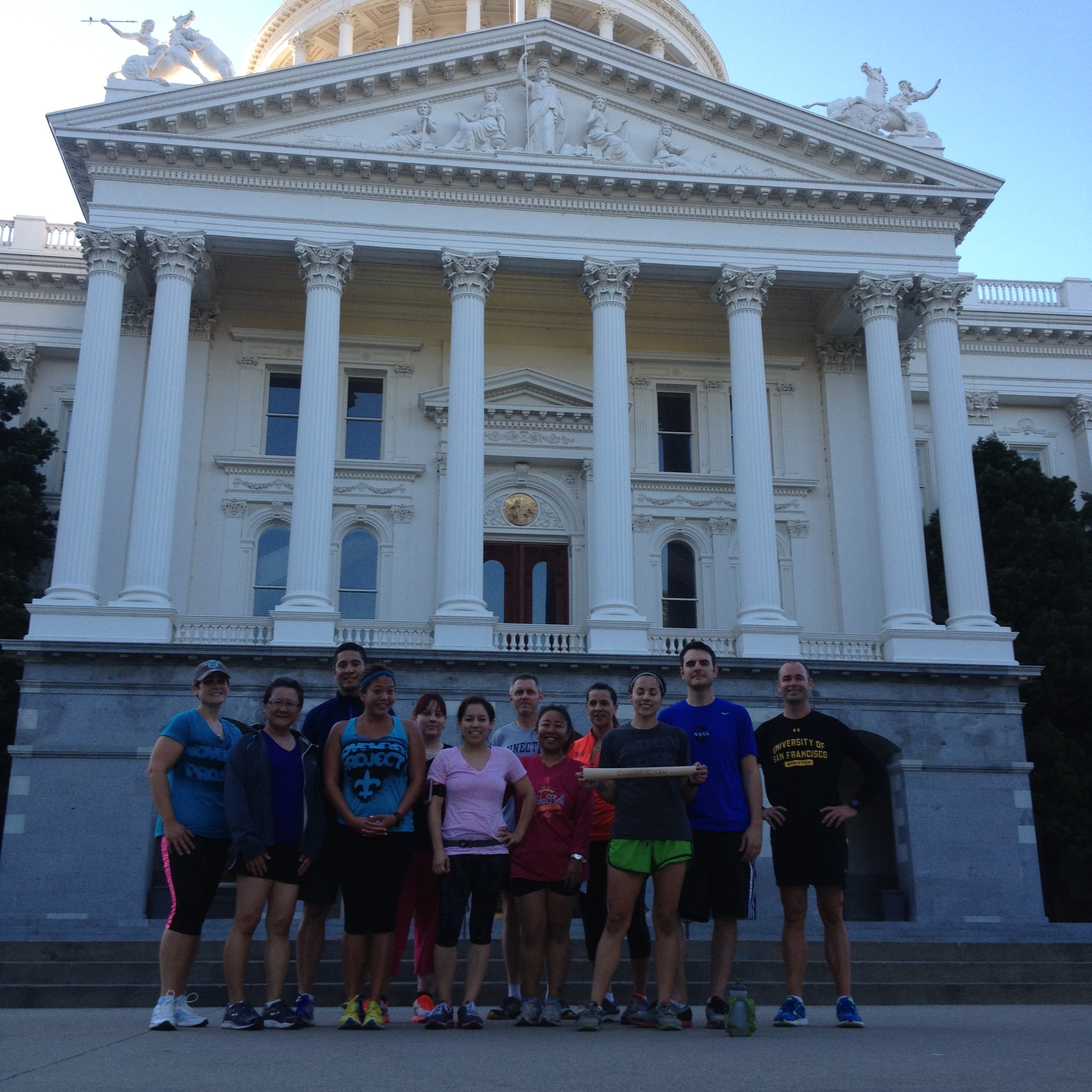 Well today we officially just grew in numbers, we knew that after the Fix50 construction which congested most of Sacramento and after the USATF Outdoor Championships last week, we would find a way to get more people out to join the Sacramento Tribe. Today we welcomed a number of new people and though the group in comparison to other tribes is still small we had a total of 13 people out today for the workout.

With new faces coming from various parts of Sacramento, co-leaders Haley, Chris and Stephanie welcomed the group with smiles, high-fives and hugs. Before the warm-up loop around the Capitol grounds, Haley outlined the workout for the day where we would be taken through a series of exercises ranging from jump-squats, plank rocks, tricep dips, burpees, push-ups and power lunges. The routine would consist of 6 of each movement before moving onto the next. The person with the most cycles through the routine would be crowned the days workout champion. Yes essentially we like to crown people for being top notch in exercising.

After the sweat was done pouring and co-leader Chris was done convincing people to cheat their way through the sets, the group finished off with another one-mile loop around the grounds before calling it a day.