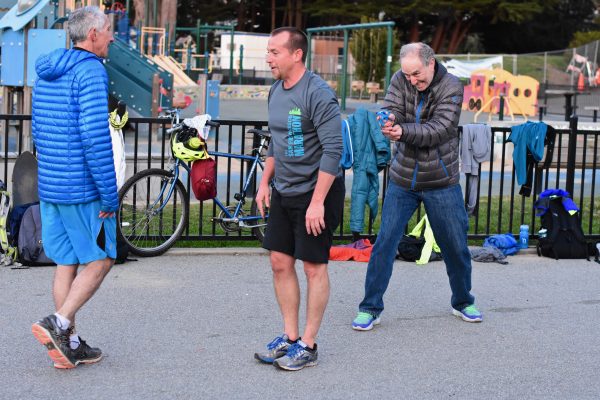 This morning was one of my favorite NP mornings ever. Not sure if you guys could tell but I was having an absolute blast watching my parents shoot people with nerf guns. Seriously the best investment NPSF has ever made.

Giving Phil and Marla the guns was a wise choice. Of course I had initial second thoughts when the very first person my dad shot was Brad, today’s newbie. Please come back, Brad. My parents won’t be mean to you ever again.

If you got shot, thanks for being a good sport and sharing some fun facts. We learned that Mairin wanted a Children’s Day (like Mother’s or Father’s Day) and that Pete is afraid of Disney World. But you guys didn’t get to learn about my parents. So let me give you a few fun facts about them. Because they’re awesome.

Thanks for being such good sports today, tribe. I hope you had as much fun meeting my parents as they had meeting you. You guys are welcome at the Zipin household anytime.

One Reply to “Fun Facts About My Parents (SF)”