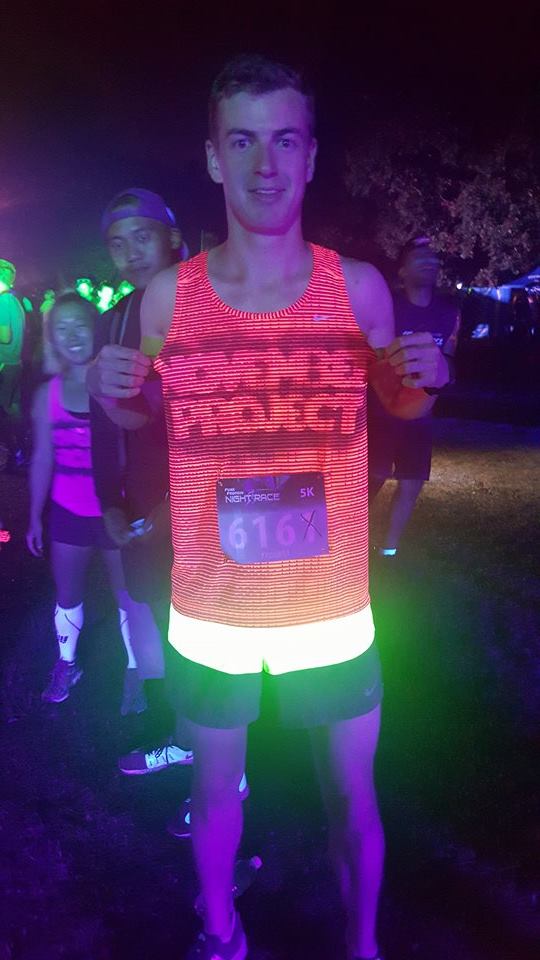 I am now one of those people who go to Starbucks to write blog posts. Long weekends without wifi change us all. But it’s all good: their green tea iced lemon is fantastic, and not at all pretentious. for some reason a wedding party has just walked in.

Yesterday was real, or whatever it is that they say. November Project Toronto made their #raceeverything debut at Night Race Toronto and crushed it.

We became official last Wednesday. On Sunday I found a 5km race with a team option. Deadline closed on Monday. We scrambled a team of seven, tagged some more shirts, raced in ridiculous humidity, and then rehydrated in the time-honoured manner of racers the world over. We also had three podiums, three age group placings, and a dramatic sprint finish to beat a time goal. Running 16km that morning didn’t slow us down. There were veal cutlet sandwiches included in the post-race food package. We like that shit.

Bragging time: I came second overall. Hailey won the women’s overall, and Enna took second. I’m going to suggest that this bodes well for their university XC team tryouts next weekend, and claim the credit on behalf of November Project Toronto. Andrew, Xavier and Sandra all placed in their age groups, and Francis stormed in to beat his time goal. This was the first 5km race for five of the team, so they all scored automatic PBs too. It was a successful night all round, only made better by a few pints afterwards, and a drunken verbal from a guy at the bar.

The much anticipated awards ceremony was hosted by a guy who was a self-proclaimed gentleman, but only on a Sunday. His words. He asked me what November Project is, and then promptly took the mic back and started talking about free feathers movements. I told you it was real.

Whilst at the bar, we took the opportunity to discuss what people have gained since joining the tribe. Francis’ beard was looking particularly lustrous yesterday, which can only be because of November Project. Apparently the bigger benefit for him though is that it has helped him develop the ability to throw up in his mouth and swallow it without people noticing. Gotta love stair workouts. The girls just sat and complained: apparently they now have gloriously sculpted glutes, but their chests have suffered from all the running. You just can’t please some people.

So yeah, this post is basically a way of saying fuck yeah, we’re having more fun than you. Come and join us. We’ll enter more races as a team, and in future we’ll organise it with more warning so that more people can get in on the act. I’m going to bring things to an end here so that I can drink my totally unpretentious drink before all the ice melts and ruins it.

Have a cracking long weekend, be real, and most of all, enjoy those free feathers.