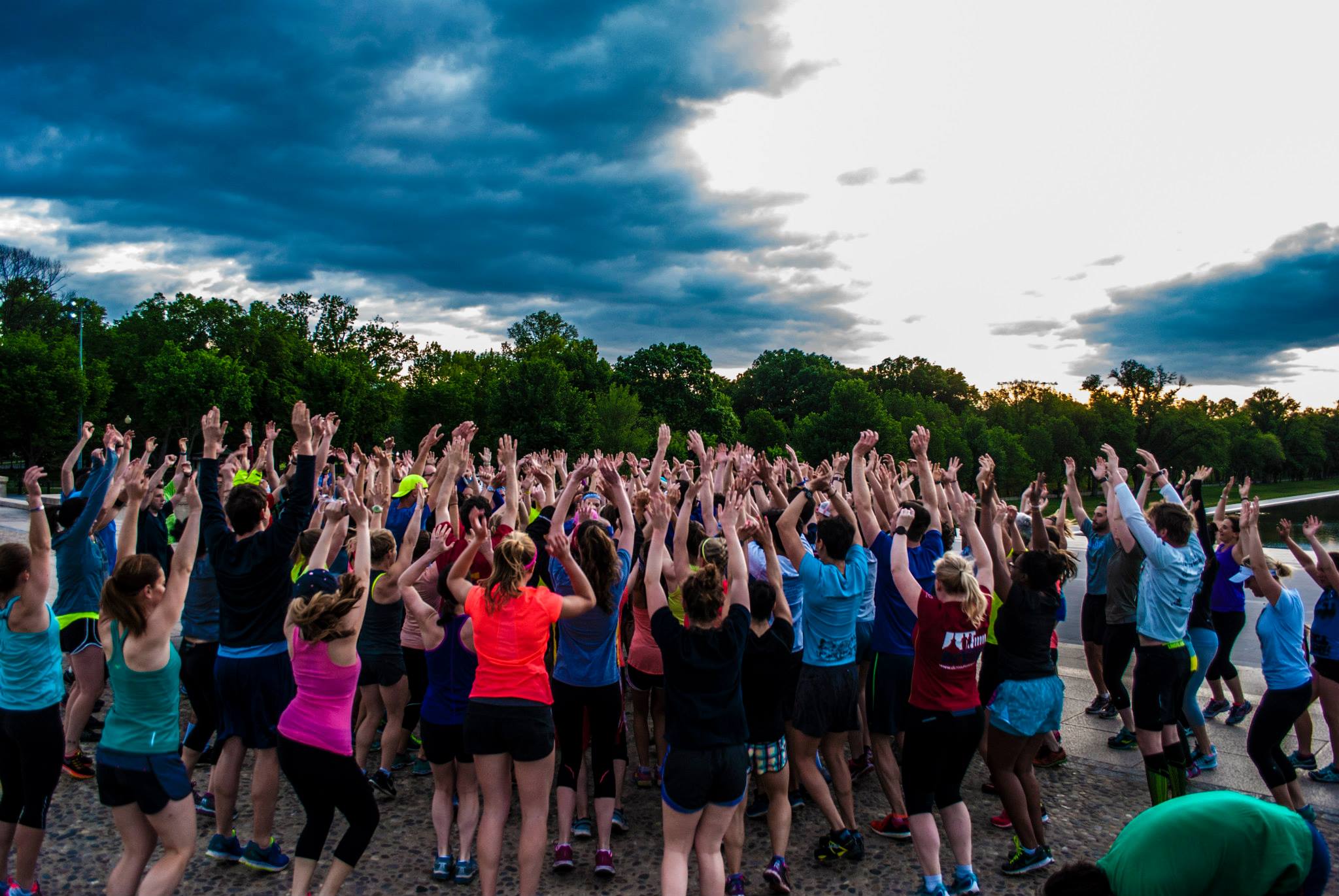 Today’s blog post is brought you by our own Hirsh Kravitz. His words speak for themselves so other than that, get READY for some post-workout SHAKE SHACK (Union Station) b’fast, that’s all you get from me today. WILD LOVE.

All of us are searching for something. Whether it’s a PR, a new job, a new pair of running shoes, a way to give back, a significant other, a better running route, that green M&M, or even an amazing jar of peanut butter; we all pursue something.  However, there are times we are searching for something, but can’t express what that something is. It’s that elusive intangible that we can’t pinpoint. Is it a need to find more meaning (whatever it means) or to better ourselves and the world we live in? Is it to find that all elusive “purpose” or answer the “why am I here” question? Is it even possible to be searching for something without knowing what that something is?  For many of us, the search seems impossible until it finally ends, but not because we actually find that something, but instead because “it” finds us.

In mid-May last year, I was in a bit of a rut. It happens to all of us. Life throws us some curve balls sometimes and we have to re-adjust our stance. After living in DC for awhile, I felt like I was disconnecting and knew I had to do something to change my perspective. I remembered an article I read in Runners World in the fall of 2013. It was about a group of amazing people in Boston who went by the name November Project. The story and the people were inspiring. Half- way through the article, I read that a group had recently formed in D.C. and I knew I had to check it out.

I’ve played sports, been a runner and worked out most of my life so I knew this was something I wanted to do but I didn’t know how I would get down to the Lincoln Memorial on Wednesday mornings from where I was living. To complicate matters, the only time I could make it was 5:30 because I had to be at work by 7:00 and the metro didn’t open until 5:00. How would I get my clothes to work? What time would I have to get up? Can the dog walker come on Wednesday? All of these decisions caused an inexcusable five month delay until I found myself wondering why I still had not “just shown up.” Finally, I told my office I would be a little late and on May 14, 2014, I rode the metro down to Federal Triangle and jogged to the Lincoln Memorial for the 6:30 workout. Everyone was so nice and although the first couple of weeks were great, I was still really nervous about the beginning of the workouts with all of the hugs and introductions.

Throughout my life, I’ve always been a social person but had inexplicably become a bit more introverted the past year and couldn’t figure out the reason. When I first started coming to the workouts, I was really excited for the workout itself but nervous about the hugging, ferocious animal noises and ear tickling. Then I met Danny and Steve and started to feel a little more comfortable. Soon after, I met more amazing, inspiring people and I knew this was for me. I knew I had to keep showing up and eventually decided to start biking in so I could make the 5:30 workouts on Wednesday mornings. I also worked out a schedule with my office so that every Monday, Wednesday and Friday I would arrive a bit later and stay later. I can honestly say this was one of the best decisions I’ve ever made.

A year later and I’m still biking but now living closer in. I credit November Project and specifically the amazing friends I’ve met with a lot of things, including helping me find my more extraverted side again, which I continue to work at. I’ve also decided to add to my race schedule and not just in the fall as I had grown accustomed to, but year-round. I even find myself leaving my bike at work now at the end of the day and race home with my backpack on, trying desperately to beat my previous time (who does that??).

So what did I find in my search? I really didn’t find anything, the tribe found me. I had a different feeling about this group of crazy, beautiful people I had just met. We all have the same things in common. We are the people who laugh at our friends for not getting up early to workout instead of the other way around. We are the people who race our asses up and down stairs just to beat our own time and encourage our fellow tribe members to do the same because we know that none of us will improve unless we all improve. This is November Project and this is tangible. We are all happy, healthy people ready to take on the next challenge, one Lincoln log at a time.

I was hesitant to write this as I do not like talking about myself and this is entirely too long (I apologize for that) but I thought it was important to share the experience in general and especially for those who may find themselves in a similar situation. We workout together but ultimately, November Project is more than people showing up to workout. It’s a community in 19 cities across North America that changes lives. So whether you’ve come to one workout, one-hundred workouts or you just read the blog and been trying to find a way to show up, just show up. When you arrive, keep introducing yourself and meeting new people and keep coming back because while I can’t promise you it will change your outlook or perspective, there is a good chance you might at least change someone else’s, and that is tangible as well.