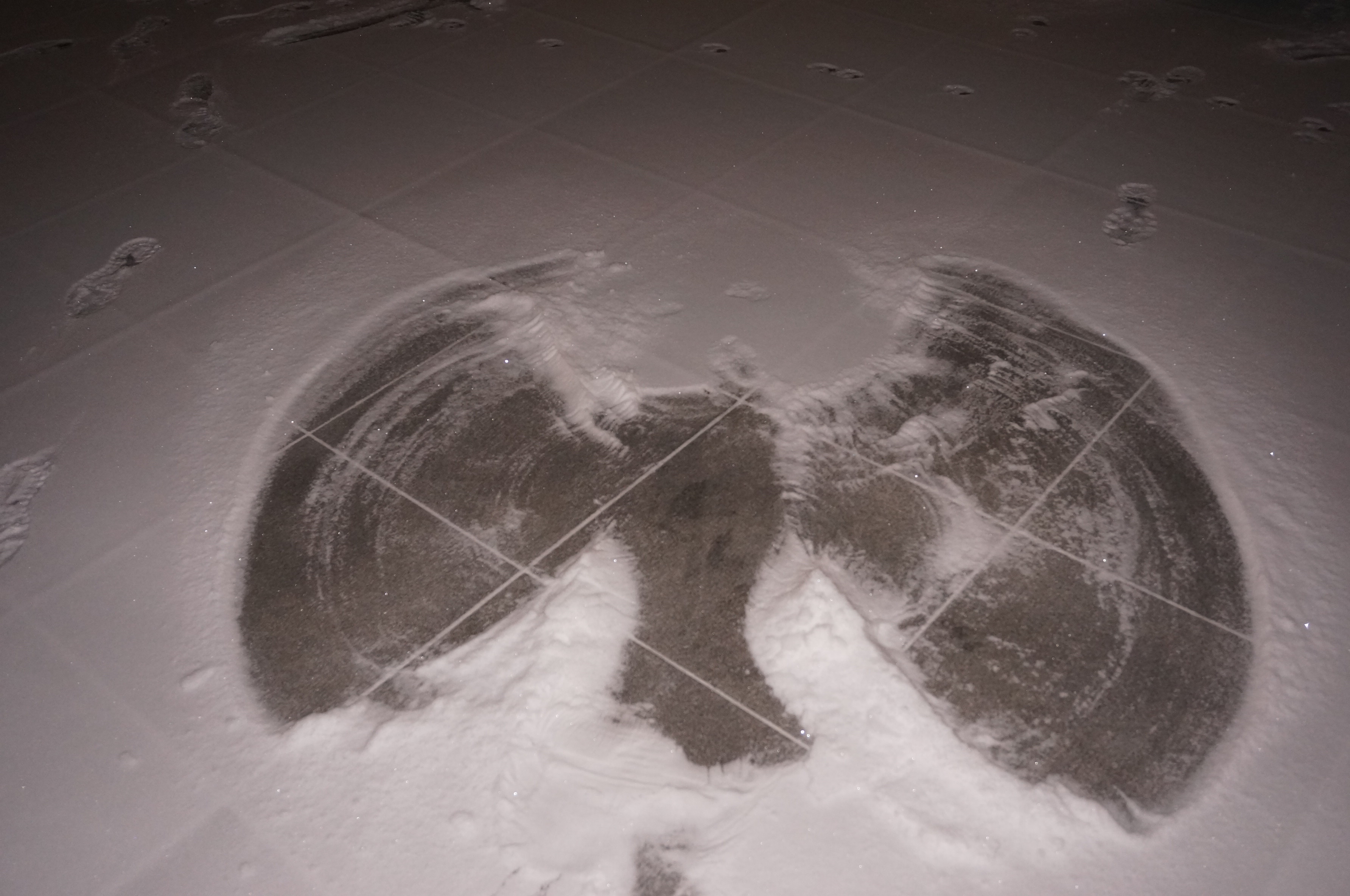 The singles club that is….It was the second Wednesday in a row that if you #justshowedup you earned your Single Digit Tag™.  With temperatures starting at 5°F and topping out at a balmy 8°F when it was all said and done (which incidentally is 5° and 8° warmer than last week, respectively), we put those resolutions to the test.  But, the good thing is that we heated up pretty quickly as we employed the “Mustache Flight Pattern” on the north side which always involves a fair amount of running. 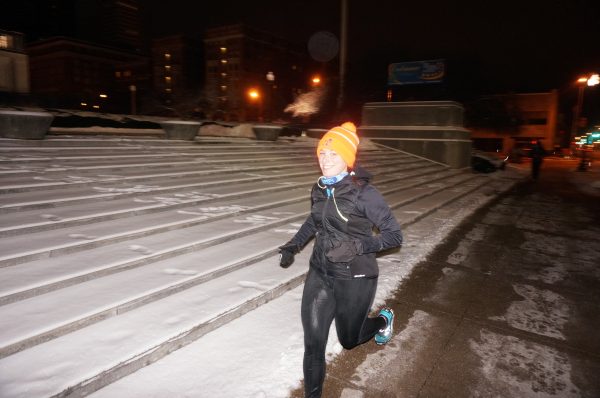 Mustache Flight Pattern – Run up North Stairs, touch the gold door and back down to the landing where you hold a plank, find a partner, grab an arm, and PULL.  Then off the West door where we squat jumped up the stairs before heading back to running the north stairs again but this time doing push-ups after touching the door.  Finally, it’s off to the East side where we made snow angles with our leg raises.  Repeat for roughly 30 minutes and you’d never think it was colder in Indy than it was in Alaska today. 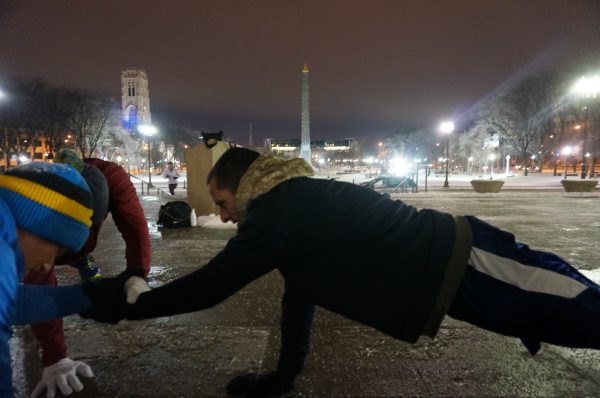 For Friday’s workout we will be running with Cooper’s Fun Run and Back On My Feet.  It’s a 5K with a great group!!  The run will start and end at Kaffeine Koffee who will provide refreshments after…it’s free but they ask you to register first so they have an idea of numbers. You can donate to their cause if you would like which would go to the Humane Society.

NEXT Friday (January 12) we will be back up in Broad Ripple outside the Blue Mile. Rumor has it they are providing some post workout coffee and treats as well!!

Time to kick off the race season with a fun run in Butler Tarkington!!  Saturday, January 13th, the Butler Tarkington neighborhood will be hosting a MLK 5K through the historic neighborhood.  A bunch of NP folks have already signed up…race starts at 9:30am and we will likely be grabbing brunch after. A great way to get a race under your belt early in the year and show you are #weatherproof!! Link to sign up is HERE.

Great job to all you badasses that showed up in the freezing temps this morning!!