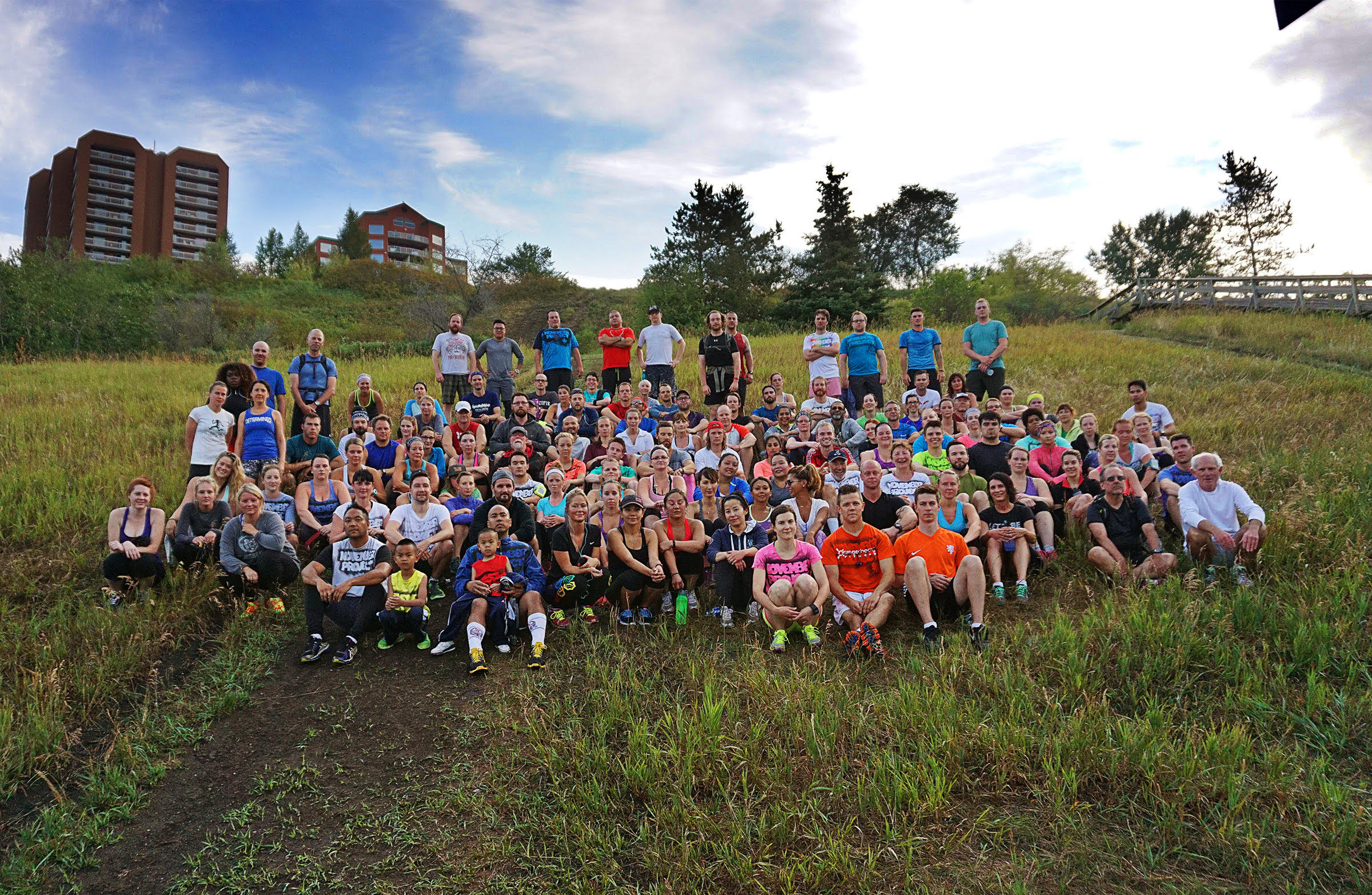 Due to Nadim’s obvious inability to keep things interesting in Edmonton while Andrew and I work hard vacationing, I’ve had to take some things into my own hands…like writing this blog.

Effective July 27, because that is when I am back, Nadim Chin will be exiled to Red Deer for charging fees for free fitness. As additional punishment for this heinous crime, he will now lead the new Red Deer tribe with arch frenemy Tammara of NPYYC.

From what I can also tell, due to a freak July snowstorm (#weatherproof – well maybe not Rob so much since he wore mitts this morning) a wicked mudslide was taken advantage of on the steep slopes of the newly declared #StairDistrict. Sorry to hear that the always put together Dayle ended up a little dirty and that Pat was once again sent to the hospital, galloping on the back of the runaway horse – Chuck Norris showed him how – proving once again that he’s a little tougher then Nadim who needed an ambulance last week. The least he could have done today was lend Pat his helicopter as a medivac…selfish guy…good thing he’s moving to Red Deer! Pat was at least spared a ride with Wannabe being looped over and over through his headset.

I hope our new tribies, Steven Tyler, Harry Styles and Chuck Norris weren’t disappointed when they arrived this morning wanting to see the Andrew Ference…hopefully the mashed potatoes you guys offered made up for it. Harry, I apologize if you felt uncomfortable with Matt and Nadim standing so close to you. I know they probably prefaced it by saying they were local hires to act as your body guards this morning, but I’m sure you could tell that is not their chosen occupation. Thank you for humouring them.

I am impressed to see that it appears as though people have heeded my warnings about taking advantage of the injury deck…but getting piggy backs up the stairs is kind of copping out too Janel! Leap frog, handstands and tight rope walking are all acceptable additions to the stair workout so I guess I am ok with that…as along as you all partook in it!

To read of the appearance of a Sasquatch and dinosaurs isn’t as amazing as seeing that both Chris and Matt showed up! (Rumour has it that Chris’ appearance was Chloe’s birthday present) Happy Birthday Chloe and Katie C! Hope you both enjoyed the fireworks display I had arranged for your special day! It was the least I could do since I am not there in person to celebrate!

Of everything that I can gather from Twitter that occurred this morning I will have to say that absolutely, the most disturbing thing is that Brent has twitter but doesn’t follow November Project Canada – just for that I don’t feel bad that he was left without TP when he had to escape into the bushes this morning!