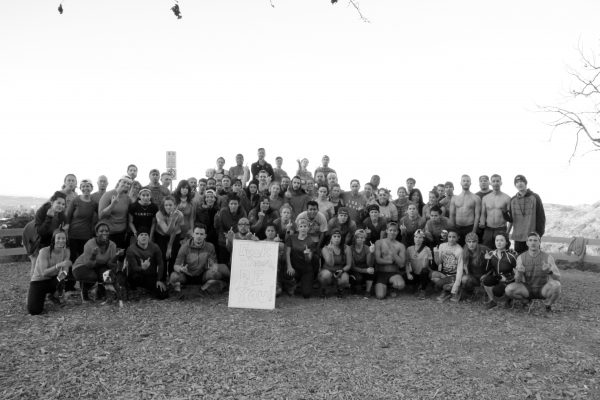 Hi everyone. For those of you I haven’t had the pleasure of meeting yet, my name is Steve… I spent two and a half years of my life leading the wonderfully weird tribe that is November Project in Los Angeles. For those of you that do know me, you know that this is close to the bottom of my list of reasons why I’m writing a blog post right now, but life is life and here we are… so let’s get down to it.

It’s no secret at this point that we lost one of our own, Dr. Sean Early, to brain cancer at the ripe age of 51 after a 17-month long battle, one that was fought with a ferocity I have rarely seen in this world.

Sean had been an integral part of the LA tribe for as long as I can recall – my first impression of him was being taken aback that he was so dedicated to this little cult that he was waking up and driving all the way from Long Beach to make these workouts… we could barely get people there from the west side, but he was that special type of crazy that had such a perfect fit for this welcoming community that it stopped seeming so crazy very swiftly (quick shout out to Ruth and Peter Price, Lujan, Max *Snell and von der Mehden* and Herschell for also being in that “holy shit, you drove from WHERE!?” club). He was always the one going “no, you have more than this” or “I’ve seen more from you before”, but it never felt contrived.

Much like his dedication to waking up and making it to these god-awful early mornings, he was dedicated to the well-being of everyone who walked up to an NP workout, whether you were a newbie or as established as Angel. His investment to the individual was stellar and it made my job as a leader easier because when he showed up, I knew there was another human out there both busting his ass and making other people feel empowered to bust it with him no matter what else was going on in his life. He understood the boat we were all in during that hour or two a week and never took settling for an answer; he was convinced that there was always more you could give, and I’d venture to say he was right 99.9% of the time. If he was gonna work, you were too, and we were all going to come out of the other side better and closer for it.

In my days of processing and coping immediately following his passing, I began to realize that Sean possessed so many of the same features of one of my best friends I had lost to Leukemia back in college, Matt Starring. They both welcomed absolutely everyone new into their lives so long as you showed respect for everyone around you, they challenged my perception of what it is to embrace life and be happy with your circumstances no matter what (in sickness and in health), and they both looked damn good in a red dress.

The similarities don’t end there, but I’ll save the sappy rambling and get to the point: in some strange way, I believe that Sean (much like Matt) was put on this earth and subsequently taken from us too soon so that the lessons he taught us simply through existence will be amplified for us to understand, accept, and emulate in order for us to make the world a better place for the rest of our days on this earth. Not only does this tragedy give us an opportunity to step back and understand that, but it also gives us a call to action that so many of us have desperately been waiting for, even if it came in a bitter way.

Matt was a songwriter in his day, and I feel like this line from one of his originals sums up perfectly how I’m feeling and choosing to react to this sadness that has fallen over our tribe over the last week:

“Don’t wait for life to happen. Don’t wait for a beast to kill. Your life is yours and yours alone, and with every breath exhale something good… Something better. Change the world. And if no one else does, I believe in you.

Sean was never waiting for that beast to kill, but I know I am guilty of this waiting game as much as many of you may be. I remember watching videos of him doing burpees in the gym 8 hours after a particularly gnarly Hollywood Bowl workout. I remember walking along the Ventura beach with him after the AIDS Lifecycle candle light vigil, him telling me about his motivations for not only doing the ride, but for breaking both fundraising and physical barriers year after year because the only direction he wanted to go was up… for all of the people he knew that couldn’t. I remember driving him home after my last workout with him at the Observatory, noticeably slimmer and slower in speech, but still playfully poking at his doctor being stressed that he was still exercising and handing me homemade banana bread he had managed to slap together when his body cooperated. He never held back, and used every breath as an opportunity.

I’ve also come to realize that the most beautiful thing about November Project is also the thing that’s going to cause us the most pain in our time being involved with it. The people that we meet, that we fall in love with and allow to shape our lives for the better (or for the worse, if we’re being honest) are going to leave us one day. It’s a fundamental fact of life that is only made louder when we meet people that seem much larger than life at these workouts – almost invincible, seemingly. Our own Lily Buttons put it better than I could of in her tribute to Sean; the photo she took of him captured a man who was strong, fast, determined, and seemingly indestructible. Hours later, he had a seizure that led to his ilness being discovered.

So here’s to Sean… our reason to work harder, be more assertive towards the things that we want out of this life, and to never… EVER give up until the clock says 0. In those moments in my training… for races, for life, or for whatever… for the rest of my life, when my body says to give up, Sean’s face will come to mind. It will be smiling, but it will also be telling me I have more within than I’m letting myself believe. I can’t make it through most things these days without a Star Wars reference – when I’m in the Death Star trench, lining up my shot, everything on the line… he will be my Obi Wan telling me to feel the force, to trust my instincts.

I’m going to miss him terribly, I already do, but I know that he’ll be with me forever. And I know I won’t be the only one in this tribe saying that. We’re all better for knowing him, and every single person in NP all over the world is stronger today because he showed up, every single fucking time. Honor him by bringing his spirit into your actions, today, tomorrow, and every day after. 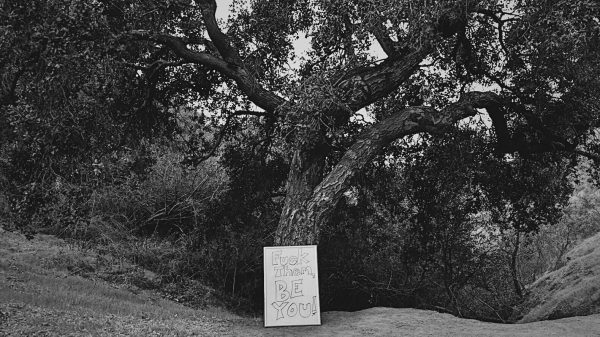 Random Trivia – During his engagement at the Fillmore West in San Francisco, Otis Redding stayed on a houseboat in Sausalito. While there he wrote his last song and greatest hit: “The Dock of the Bay.”