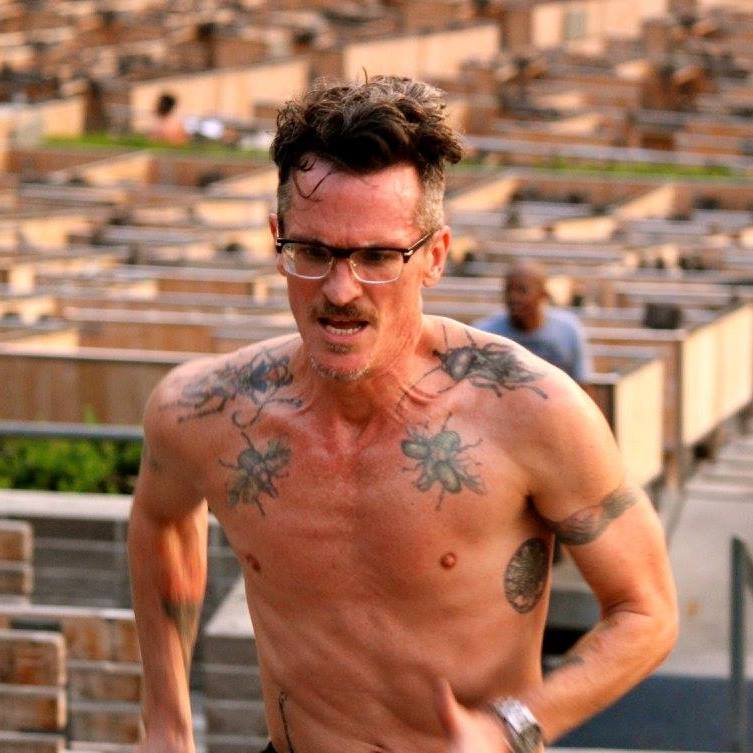 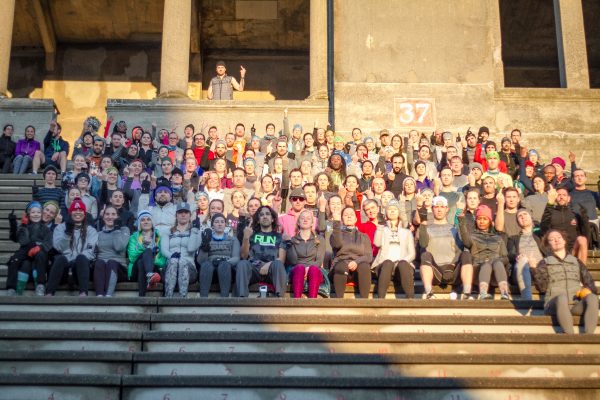 A few years ago, I wrote a blog that was really meaningful to me then, and has been something I’ve gone back and re-read from time to time, and offered to a few people in the tribe during significant conversations about believing in ourselves and battling those demons, doubts, voices, or critics inside us…or outside us.

Today we also honored Dr. Sean Early, a badass, early-on member of the NP_LAX tribe, who died last week after a 17 month battle with brain cancer.  By wearing gray today, for brain cancer awareness, we made a gesture toward the LAX tribe who is in need of all the love they can get, just as we so deeply needed (and received) the same kind of love and support from the rest of the NP worldwide tribe when we lost our dear friend, Ben O’Meara last spring.

I didn’t know Sean personally, but I have some dear friends who knew him well and the loss is huge.  Just hearing about how he supported, encouraged, and modeled for others to be themselves, to worry less about what others think and to focus more on being authentic and awesome.  He was generous, loving, and so deeply impactful on his tribe, his friends, his patients, and this world, in his wonderfully unique and real ways.  It is with this authenticity that he gave guidance and support to people around him, so importantly within the NP tribe in LA, and this voice of empowerment and confident encouragement brought that old blog to mind.  I titled it “the voices in your head” because we all have those voices inside that come from fears, uncertainty, and external pressures, expectations, or judgment…but there are other voices we can listen to, that we can choose to focus on, and that we can choose to take on as our own.  I believe that Dr. Sean did that for so many–he became the voice in their head, reminding them to, “Fuck them. Be you,” when the fears and judgmental voices became too loud to bear.  I’m so grateful for human beings like Sean and the way they grace us with their grit, as well as with their kindness and good light.  I’m so sad that they leave us, but their voice–we can let their voice become the one we listen to in our heads forever. 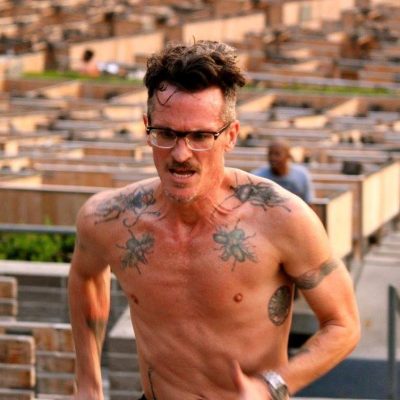 The original blog is below… read on if you like.  And no matter what, remember that the Tribe is strong. 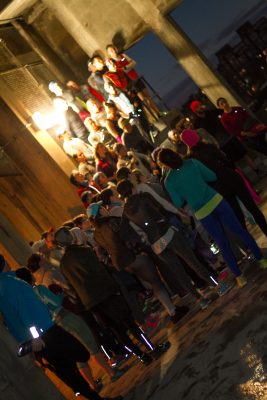 What do your voices say to you?

We all have those little voices that say shit to us about who we are, what we’re doing, and whether we’re doing it well enough.  I don’t mean the kind of voices with the intensity that go along with a diagnosis of Schizophrenia (most of us don’t have those), but we all have an internal dialogue that comments on most everything we do.

But when you’re new(er), you might not yet realize how deep that goes.

When you’re new(er), you might think that someone is only cheering for you because you’re so slow, unfit, unmotivated, uninspiring, blah blah blah…those asshole voices in your head tell you that fast people get cheered for because they’re fast.  The voices remind you that beautiful people get cheered for because they look amazing even when they’re 34 sections into the stadium, sweating like it’s their job, but it still looks sexy not gross, and their hair still looks good.  The damn voices say that other people get cheered for because, because, because…all the reasons that somehow say they deserve it. But I don’t deserve it, I’m only hearing people’s pity, their sympathy, or some other reason that isn’t about me deserving it.  That’s what our new(er) friend said after the workout–“they only cheered for me because I’m so slow and I looked like I was dying.”

Well, here’s the newsflash for the day.  Everybody gets cheered for because you DO deserve it.  The fight to be fast, fit, competitive, or better than I was last week (month/year) is the same damn fight for everyone.  The fight to be attractive, noticed, accomplished, impressive, or motivational is the exact same fight for everyone.  Just because Grady has a body that most people envy, doesn’t mean he lacks the ability to doubt himself.  Just because Ildi can crack the record for Frogman1 for the second straight time (way to go girl!), doesn’t mean that she never worries if she’s good enough.  And just because Roger McCarthy or Evan’s mom are old enough to be a lot of the tribe’s parents, doesn’t mean they must feel insecure or doubt how fucking badass they are.

The voices in your head can tell you exactly what you want to hear.  So if they tell you that the cheers you hear are for some reason other than you are awesome, valuable, and deserve to be celebrated, then tell them otherwise.

My friends, let the voices of the tribe become the voices in your head.