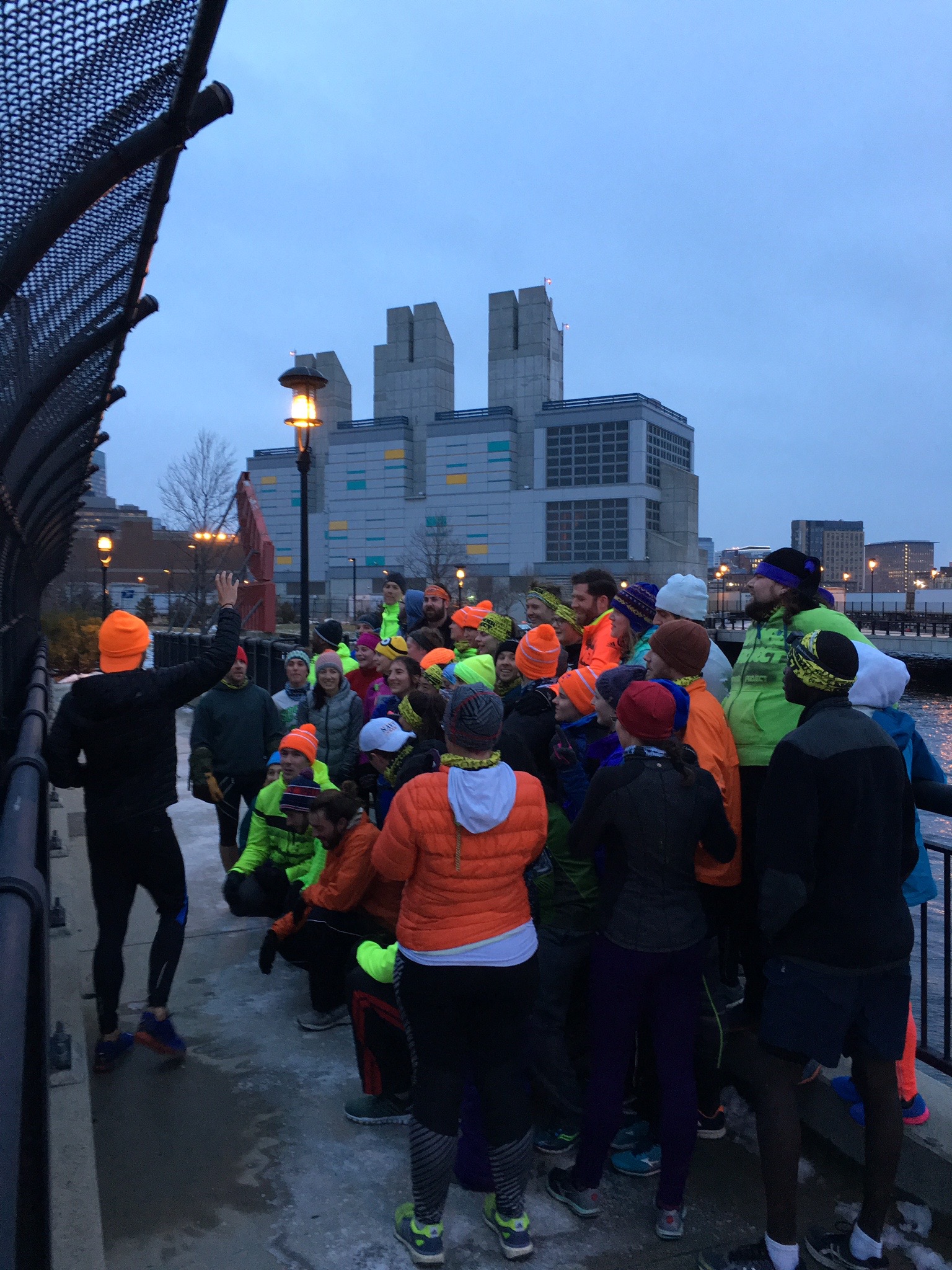 DISCLAIMER: If you know you’re prone to coming down with bad cases of FIMO and can’t stomach hearing what you missed, you might as well click that little X arrow.  We’ll see you Wednesday…

There were A LOT of missed verbals this morning, lots of excuses why people couldn’t #justshowup.  That’s all cool– I’m not going to write up all those ‘We Missed You’ posts, that would make me look like an ass.

Instead we’re just going to recap – give you just enough info so you get the gist of what we threw down on this snow day – but not enough to escape some soreness in the groin region.

Why do I love Monday’s so much?  Its the best START to a week.  Yeah I said it, Monday’s ARE awesome.  We explore new spots – some that you’ve never been too, maybe never heard of and may never even go back to.  We get creative, we do some weird shit that we call free fitness, peace out and run off to continue the week.

What I love about locations like today is that they are totally fresh.  It’s like we are Marco Polos (side Capozzi: we’re gunna NEED to incorporate a game of MP into a workout) We’ve never explored them, we have no ties, no history, no memories with the place so we make our own thing what morning.  I overheard Kristen P. talking about how she loves to run by locations we’ve tainted (she most likely didn’t use the term ‘taint’), she’s got stories from all over the city.  She’s completely right, we get to be explorers in a city we thought we knew.

So here’s some Wisconsin style-blue ball-inducing notes for those of you who weren’t there:

What you didn’t miss out on was the bounce.  The bounce was terrible.  The video footage has been destroyed.  Seriously, this tribe is strong but we learned that this tribe also can’t hold a beat.

We hope that whatever your reason for not coming was worth it.  Whether it was the late night, underwhelming football event last night; too much mashed potatoes, the Super Sunday race, the Super Sunday afterparty…, the anticipation of the snow storm, the long run to DD,  this tribe missed you.

For those who made the trek to Rolling Bridge Park, I had some genuinely good, ONOMATOPOEIA-style fun with y’all.