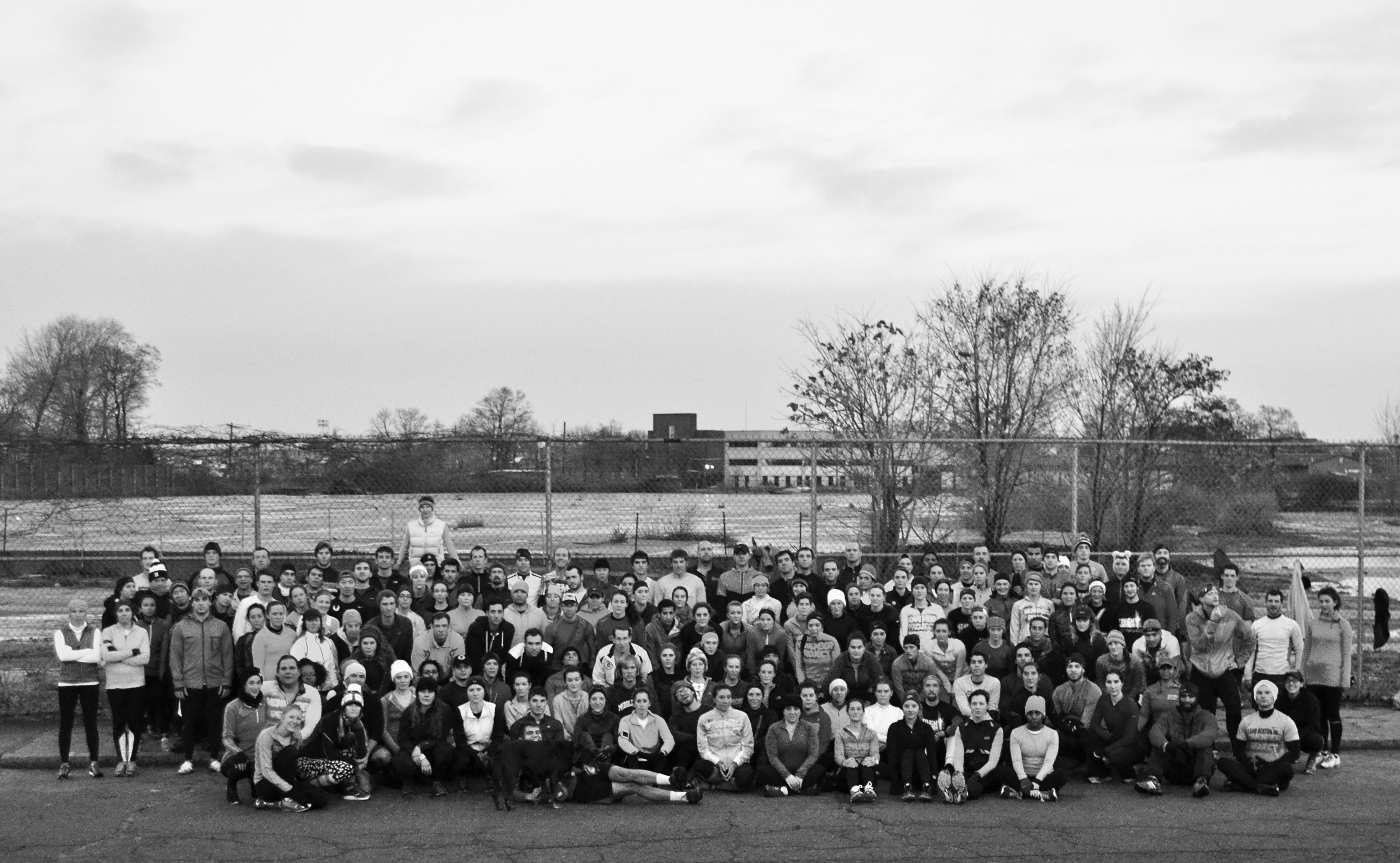 Now, this morning, somewhere off in Allston, we found our way through the dark to make history. We said it last night via Twitter & FB but we’ll say it again, IF YOU MISSED TODAY YOU’LL NEVER BE ABLE TO GRASP EXACTLY HOW MUCH FUN WE HAD. That’s right Goldie, Clairewood, Gilroy, Brando, KLM, Emilio, Smooth, James Broad, Obama, D.Wade, Elvis, Officer Brother of Brookline PD, and the rest of you sleeping beauties… read on and feel the FOMO fluid pump into your dome one line at a time…

There was a dark dead-end street that 0 of us had ever been on before. There was a giant creepy lot on one side, and a highway that was pretty calm on the other. There were 5 cones, 2 packs of MTV Pop Star playing cards for the fastest man and women in the group, and one long snowbank. There was a dog that brought his human friend Denis (notice, we’ve dropped the Z completely). There were a few hilarious birthdays that made us laugh. There was a Dan Clayton from NPSF. There was a giant hole torn through the pants and underpants of one of our proud she-members (who proudly booty-flashed the group before asking for help covering the hole with borrowed pants/shorts – Thanks again Derrick ShalNotCross). There was a good deal of ice. There was darkness, with a well-timed sunrise. There were smiles, laughs, and some grunting. With each climb to the orange cones (5) came a sloshing of crab-walking streak stains that the members of NP Boston added to their butt-cheeks like brown badges of honor. There was a Serbian station for burpies. There was racing. There was hugging. And to bring it all to a close, there was a group photo. Again, and not to make anyone feel bad, IF YOU MISSED TODAY YOU’LL NEVER BE ABLE TO GRASP EXACTLY HOW MUCH FUN WE HAD racing up and down the highway ditch/hill, in and out of this week’s very first sunrise. This will go in the books as one of our weirdest Mondays we’ve ever had. We’ll plan to see you for the first workout of the year, bright and early, on New Year’s Day!