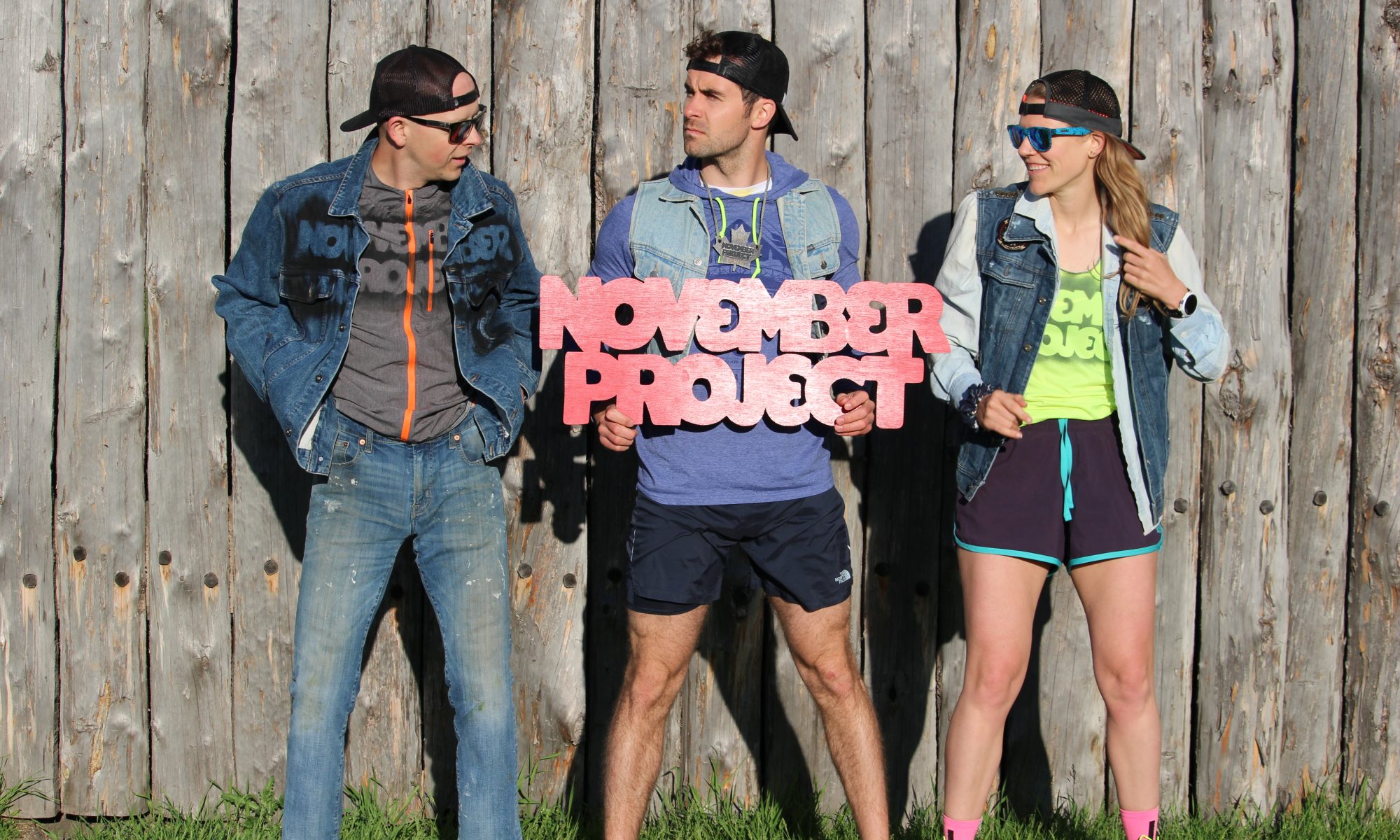 Winnipeg Notes (Quick history lesson; we write ‘Winnipeg Notes’ as a version of Cliff’s notes/Coles Notes or whatever you want to call them. In the past, NP cities woud write Wisconsin Notes at the top of their blogs to give a brief summary, as the leaders in Wisconsin argued that not everyone reads the entire blog, or something like that. We realized that at this point, writing ‘Wisconsin Notes’ doesn’t make sense for people from Winnipeg that don’t know that back story from six years ago, so sometimes we write Winnipeg, sometimes we write Wisconsin, just to keep it clear as mud).

Yearbook photo day is always entertaining for me. We get you to dress up for some ridiculous theme, get really sweaty and red faced, and then take a picture staring straight into the glaring sun. Then we post the pictures with no editing whatsoever. And everyone loves it! In the past, I used to dread yearbook photos because it meant spending hours at the computer adding in the logo as a watermark. This year, we had Steve Pham make us those big red stencils at North Farge, and I tell ya, they were worth every cent we paid for them. They were free, but that’s beside the point. Totally worth it. They look great in the photos, and Megan’s idea of taking the pictures at the fort with the denim theme was a good one. Good job Megan. And thank you Will for quickly driving me home during the workout so I could grab the battery pack for my camera so I could take the photos. Just another sign that I’m losing the plot and need to be put out to pasture.

Jen got to hand off the Shabooya Award to Nikki, and she said it best; Nikki isn’t one for a ton of words, but she consistently shows up and works hard. You’re an inspiration to everyone, and we are glad you’re here Nikki.

Junel is also an inspiration, and once again he is going to run all day at Garbage Hill on June 21st. And once again, we will run a pop up workout at 6am at the hill. Any guesses where the group picture will be this year? I’ve attached the schedule for the day; pack a lunch and a few changes of clothes and try to do as many of the activities as you can. Or just run with Junel all day. Strava or it didn’t happen.

This weekend is Marathon Weekend, and with everything else going on we probably haven’t given it as much hype as it deserves. So here we go; HYPE. HYPE! There are a few of you running relays and the half, and even some of you doing the full. The weather looks pretty good at this point, not too hot for a June marathon. Desiree is hosting the greatest cheer station the north has ever seen. It is located where Stretford meets Crescent Drive. If you aren’t running, go set up shop with Des, throw on some grassroots gear (the shirts that are tagged with spray paint, you should have one by now) and bring the hype.

This year is extra special as it is the first time the MB Marathon is hosting the National championships for the half marathon, and they will be hosting it for the next four years. It’s the first year in many that I’m not racing in some capacity, I took this season off from any racing, and I figured I would get a nice sleep in and go and cheer people in. However, I was asked to volunteer with the elite racers and because I can’t say no, I said yes, and I have to be there for 5:30am. It’ll be a cool experience though, just to see how fast these guys can finish a half marathon. I’m sure it will be humbling. See you all at the finish line on Sunday! Best of luck to everyone racing, especially OG’s Rick and Tom. That’s right, they are running the full! So if that isn’t enough of a reason to get your ass to the cheer station, I don’t know what is. Maybe free beer? Or coffee? Anyway, there won’t be, I’m just speculating that that would be nice.

Ok, I’ve been avoiding writing this part of the blog. I’ve been avoiding this for a few months actually. I think I’ve known for a while now that it’s time for me to step down from leadership and let someone else bring fresh energy and ideas. It was a decision that I’ve thought long and hard about, and I still have mixed feelings about it. I still love coming to the workouts, and I always leave thinking ‘gosh darn, this shit is GOOD’. However, I have always emphasized to myself and to my co-leaders the importance of bringing it to every single workout. To be the first one there to greet people as they show up, to put my whole heart into the bounce, to plan new and exciting workouts every week, to lead from the pack, to lead from the front, to talk to new people and get to know them, to catch up and connect with those that have been coming for years, to encourage and motivate, to get excited about any new potential opportunity… you get the idea.

For four and a half years I’ve pushed myself to bring that level of commitment, three and a half as a leader.  I have always told myself (and Megan) that if I ever felt like I wasn’t performing to that level, it was time to step down and let someone else step up. That time is now.

Reflecting on the past four years has made me realize how much growth there has been for myself as an individual, for our city (we don’t say tribe anymore, we’ve moved away from it over the last year and the movement as a whole has recently moved away from it, I hope this has become apparent), and for the global NP community.

As an individual, I know I’ve changed a lot over the last four years. For someone who didn’t like physical contact (ie; hugs), I’ve hugged probably over a thousand different people. That’s a lot of hugs. I’ve tried to lead with integrity, and to learn from my mistakes, as there are guaranteed to be mistakes. I’ve learned to reflect on how things went, how words and actions were perceived, and to try to think about how we do things from multiple different perspectives. I’ve learned to have the tough conversations, because they lead to growth. I’ve learned that everyone has the best of intentions, and when you think of it that way, life is easier. I’ve always tried to entertain all ideas brought to the table, and if we didn’t think they would work, to explain our reasoning behind that. The list really could go on, but you get the point. I’ve tried to do my best job as a leader, and I hope you all don’t think I took this position for granted. I could write another essay about what kind of work goes on behind the scenes, but I don’t think it’s necessary. Just make sure you appreciate what Megan and Willie put into this thing, and what past leaders have done for it as well, including Tom, Rick and Dom.

As a city, we were the 17thbrought on to the global NP movement. There are now 49 cities across the planet, and more pledging. We’ve seen ebbs and flows; numbers swell in the summers and shrink in the winters. The city has had a boom of other fitness groups, with the possibility to do a free outdoor workout any day of the week now. If Wednesday mornings don’t work for you, or you just feel it isn’t for you, try to check out one of the other groups:

Social media has also changed since the start of NP. Facebook and Instagram algorithms have made it more difficult for business pages (which was the only option for setting up the NP accounts), which means we have to try much harder to have a similar reach on social media. Before, we could post a picture of Tom flexing in a tiny Christmas vest, and thousands of people would see it. Now every time we post something, we get notifications that Facebook wants us to boost a post to reach more people. Same with Instagram. It still remains a powerful tool to reach people, but you almost need a degree in creative communications to figure out how to best use it. If you want to help the content reach more people, when you see a post or read a blog, give it a like. Posts gain traction if there is engagement and they quickly disappear from news feeds if there is not enough positive engagement.

As a global community, NP has had it’s own growth. NP has changed partners, from The North Face to Brooks Running. They’ve acquired non-profit status. They’ve changed the structure of the Summit weekend, bringing in a leaders-only ‘meeting of the minds’. Most cities are into their third generation of leaders, and at the time of me writing this and stepping down, I think I now have OG (old guy) status amongst NP leaders. As Winnipeg is a city that is geographically quite removed from other cities, sometimes it’s not apparent that this is indeed a worldwide movement. However, if you ever travel to a city with a NP group, you know that you have a place to go and be accepted with open arms and you’ll make some immediate connections. That’s pretty powerful stuff. Having a group of leaders running this in their respective cities also allows for us to bounce ideas off each other, troubleshoot different scenarios, and inspire and motivate one another.