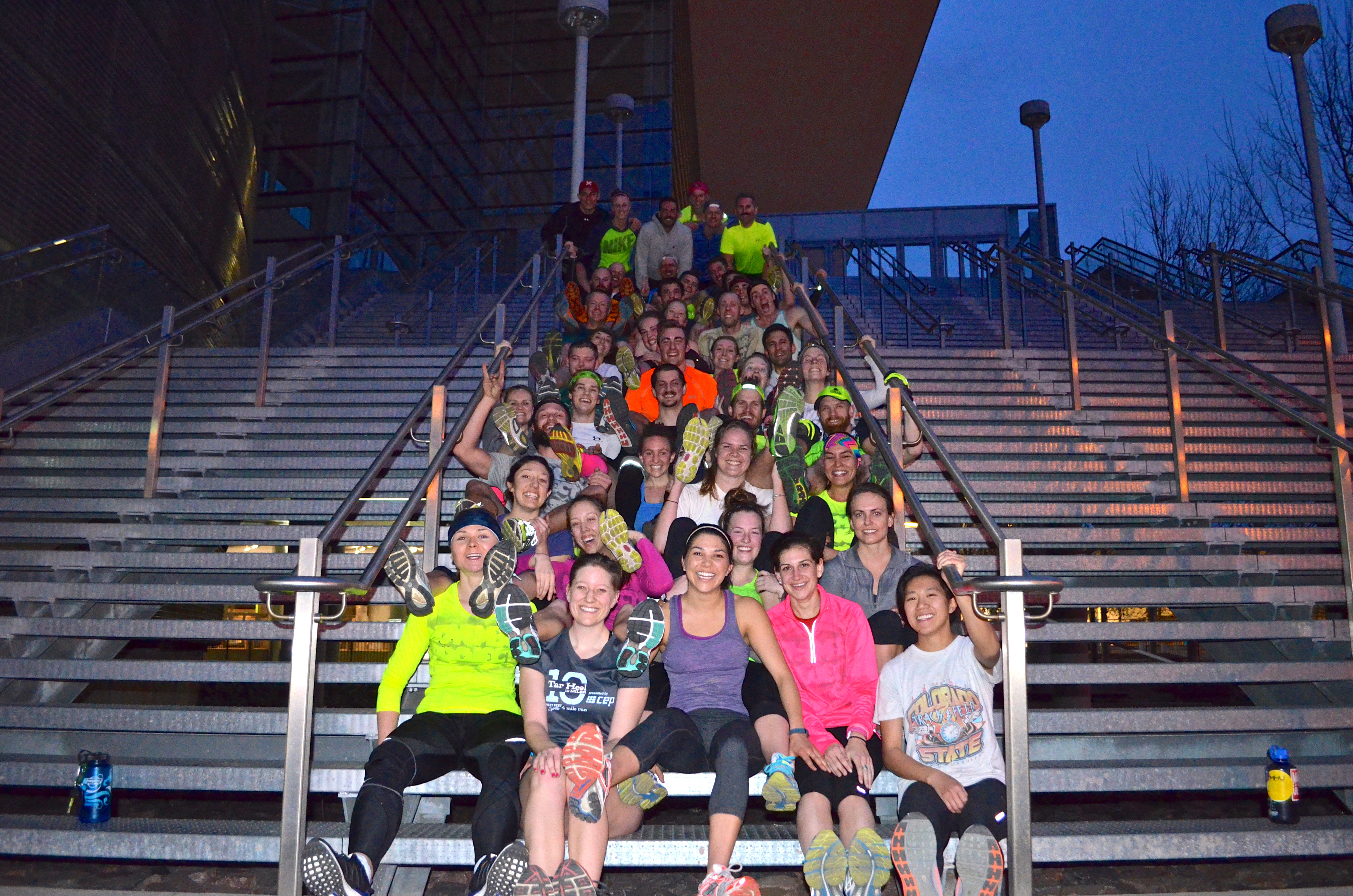 Once upon a time, I slothed out of bed at 6 am and ran with my roommate and some strangers to Faneuil Hall, Boston to participate in my first #destinationdeck with a giant group of crazy people that called themselves November Project. Destination decks Mondays, Harvard stadium Wednesdays and Summit Ave Fridays became a regular staple of my senior spring semester. A few months later I shipped it out west to Denver Colorado for no logical reason other then it sounded like a good idea at the time. I met this dude named Dan who just moved from Boston and was part of the Boston tribe too. He was weird, which was cool because NP is weird and that’s what makes it normal, am I right? I’ve seen that weird dude every single Wednesday and Friday morning for almost two years now. That’s whack. Fast forward to today, almost two years that I’ve been in Colorado and I’m spitting this beat at you from the Colorado DMV, otherwise known as a place where dreams of a productive day go to die, but today I’m stoked to be here because 1) it’s giving me ample time to tell you this story you probably already know and b) because this act of being here means I’m becoming a Colorado resident TODAY. BOOM. I would be bold faced lying if I said that you all didn’t have a big to do with this very act that I’m committing now (if you knew me when I first moved here, like me, you may have thought this day would never come).

I’m sitting in a nicely contoured, blue, plastic chair, surrounded by a large group of people that look very grim. People that I know could use a hug but the tensions are so high here that I sense that this gesture would be met with a punch in the face or maybe an arrest, so I refrain and hug them in my head from my happy blue chair. Note to self, bring recruiting papers next time you go to the DMV in 2020. These people are looking at me like a crazy person because instead of assuming the typical angry at the world DMV pose, I am staring at my computer with a big, fat, I can’t even control the muscles in my face because I’m so happy from the inside smile as I scan through this mornings pictures for the 238th time, all while waiting to hear T-403 get called by the computerized lady voice over the loud speaker.

The point is, this morning was one of those mornings that slaps a smile on your face that lasts long after you leave the workout. The energy was sky high, the effort was visible and the fun was obvious. I am honored, humbled and beyond excited to spend the next 4 years with you. The tribe is just getting started.