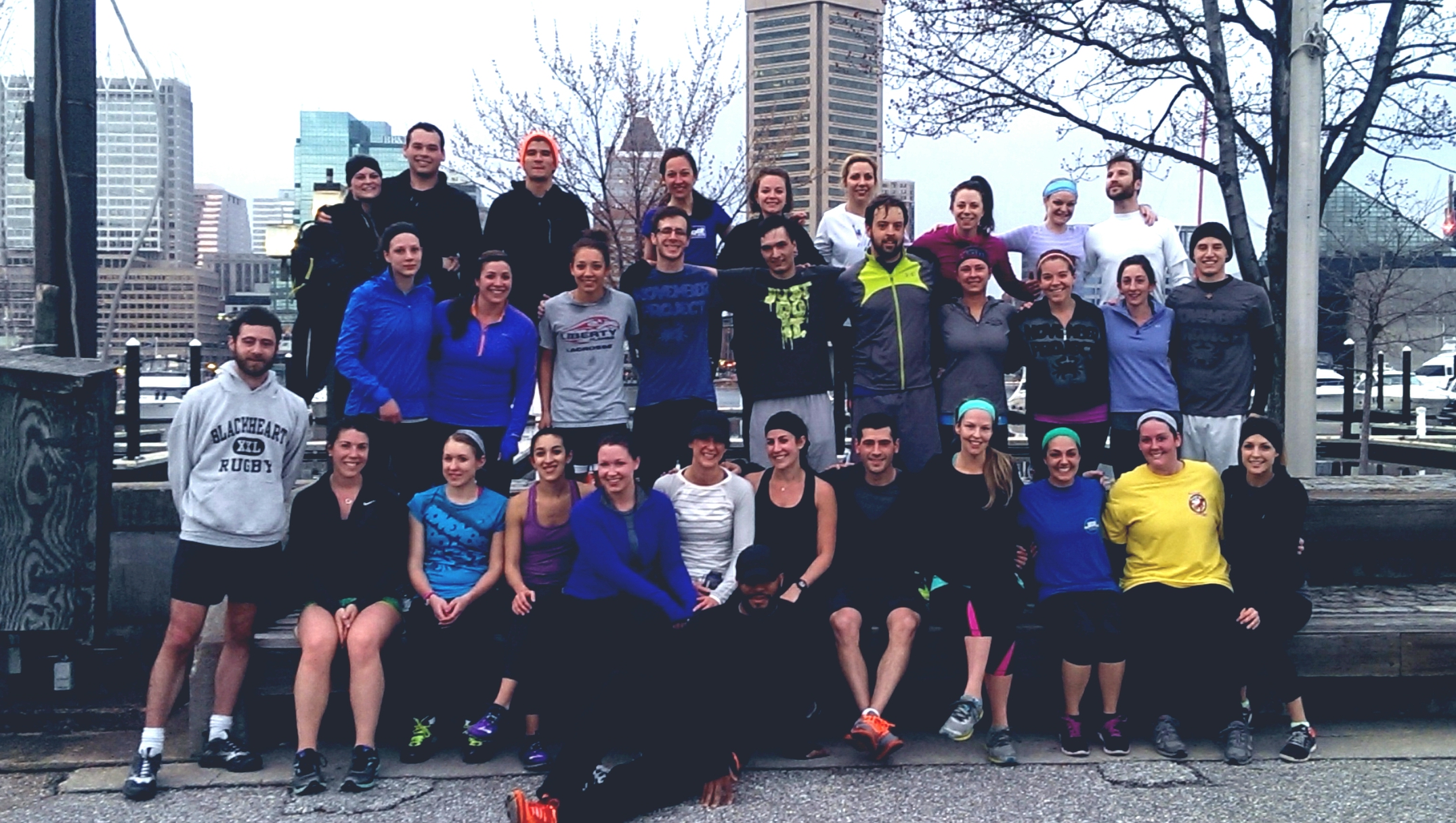 This morning was a lesson in team work. It was also a lesson in disjointed, random workouts that make the tribe look like a group of strangers who just happened to show up in the same place to workout. Well…in a way that’s exactly what it was but at least we looked good doing it.

Today was the dawn of the newbie. Our friends over at Lululemon decided to turn their Wednesday morning meeting into a NP workout and we were thrilled to see their super fit faces.  We split into teams of four, completing consecutive workouts drawn from a tupperware container that had once contained hot Pho. We removed the Pho and replaced it with steaming hot workout cards.  These workouts were a lot like that Pho…they resulted in hot, sweaty people and looked a lot better on paper than in reality.

Other things that happened today:

– Fergie happened but she needs to happen on louder speakers

– Poorly handwritten workouts were interpreted by brilliant tribesmen/women. We thought about printing them but printers are totally 2013. Or maybe we can’t afford it.

– A few lucky folks experienced their first hoistie.  We don’t know its origins but we believe it to be extremely ancient and was originally done to please Quetzalcoatl. What ancient diety doesn’t love a good hoistie?

– A few people got some #grassroots gear back and we expect they are currently wearing it during noon-time business meetings. #Grassroots gear is the new business casual.

– Our first group hug photo courtesy of sleepy Nick. Not sure what Evan is doing here but we need more of it.

Stay tuned for updates on #Bmore_. Next week’s theme shall be announced Sunday as will the location of our first non-sweaty social. If you have no idea what we are talking about, here’s a video to refresh those sweet memories:

THE TRIBE IS STRONG!