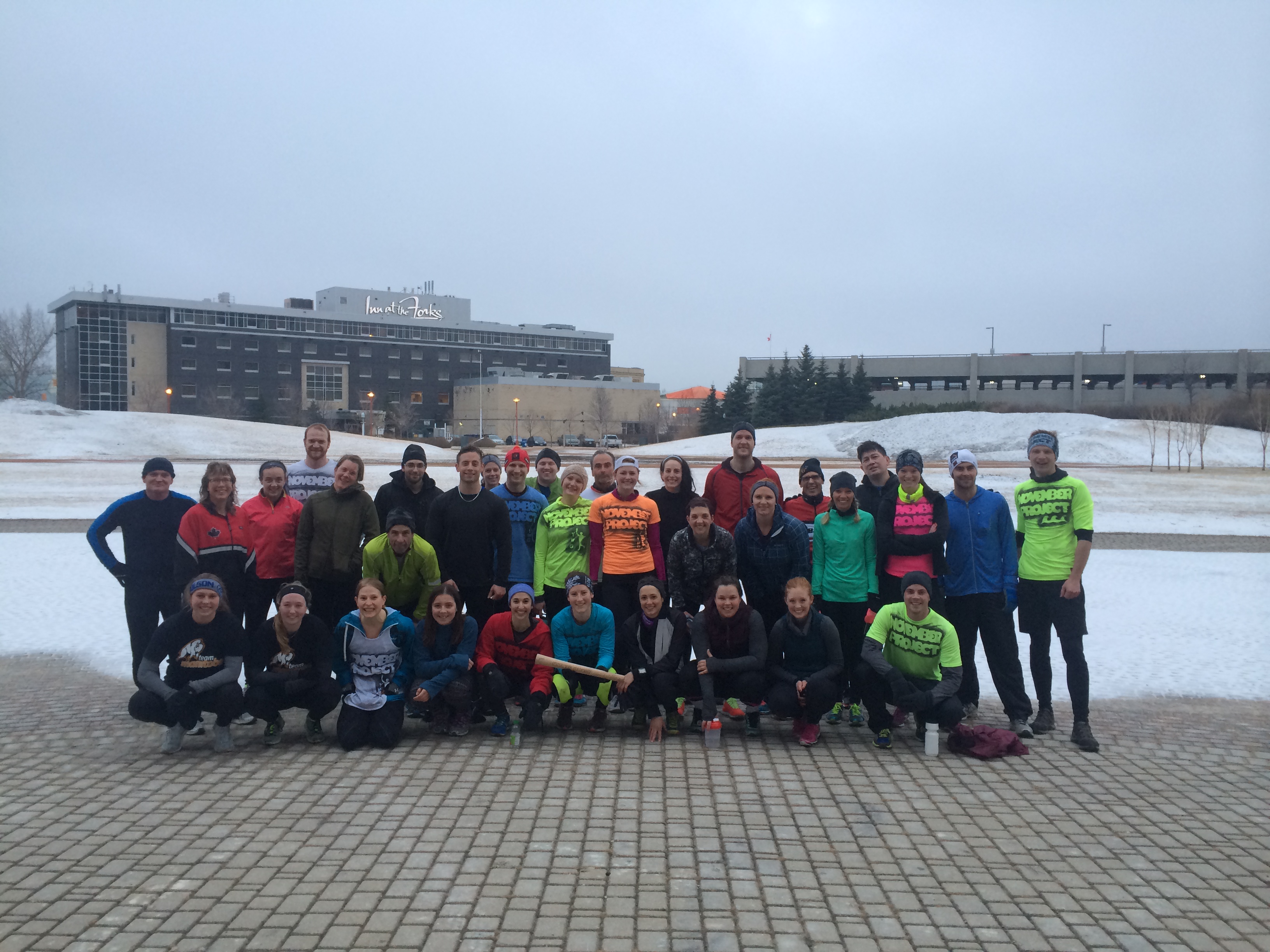 Another another Wednesday, another beautiful morning and (official NP) attendance records crushed!  44 tribe members showed up this morning to crush a brutally hard workout and get their dance on with a Boy Band playlist from days gone past.  Remarkably, and completely unintentionally the tribe also sent a strong message of support for the Jets as they march on towards the first play-off appearance of the Jets 2.0 era; read on for more…

The morning started strong with the new November Project favorite warm up entitled “Bop It”, followed by an epic Backstreets Back dance off while running stairs and shaking-that-ass with some serious bear crawls down the stair set (was it just me, or was that way easier than last year??? Perhaps these workouts are actually working – who knew?!). From there we went straight in to a leg killer tabata (box jump / leg ups combo) and a few top-and-back plank runs for good measure.

The true workout today however was an alteration of the November Project “Deck-a-Day” challenge with the whole tribe completing a series of push ups, leg ups, scissor squats, and hoisties while each tribe member pulled a card, called out the set, and was sentenced to a grueling top and back of the Scotia bleachers set.  Our fearless leaders decided to be cruel and name one card – Kings – as the tribe-killer, with the whole tribe having to do 10 top and backs of the bleachers together before the next person could pull their card.  Somehow – quite by accident and to the disappointment of Rick and Tom – we made it through 44 tribe members pulling cards without a single King being drawn.  At first we were confused – but then we realized that this was the perfect sign for Winnipeg as the Jets battle down the stretch for the last play-off spot with none other than the LA Kings.  We swear we didn’t plan it – the Kings were in there – but way to go tribe; you repp’ed your city well today.

Today was also a very special day for the Positivity Award.  Jessica has been a die hard tribe member ever since she and her fiancé Andrew heard about the workouts a very long time ago.  She’s an absolute beast on the stairs and leads the pack in all of our work outs – but this weekend she showed us true November Project spirit.  The tribe raced this weekend in the MEC 5 and 10 km races and it was an absolute throw down with 8 tribe members placing in the top 10.  Most notably however was Jessica in her lightening fast neon green pants and prominent grass roots gear, crushing the competition and taking down first place in the woman’s 5 km.

To cap off an epic performance, when Jessica went up to receive her first place medal after the race, a totally random and unknown member of the audience decided it was a good time to ask Jessica rather loudly “Are you all good?”  The tribe laughed nervously and expected perhaps a meager “Oh Ya” or a “Heck Ya” from Jessica the quiet, soft spoken machine of a runner – but instead of taking the easy way out Jessica accepted her medal, turned towards the crowd of racers and family members, proudly pounded her #grassrootsgear adorned chest and proclaimed “FUCK YA!” for the world to hear.  The tribe was shocked, surprised, and incredibly proud and impressed…  Way to go Jessica – we couldn’t ask for a better representation of our tribe!