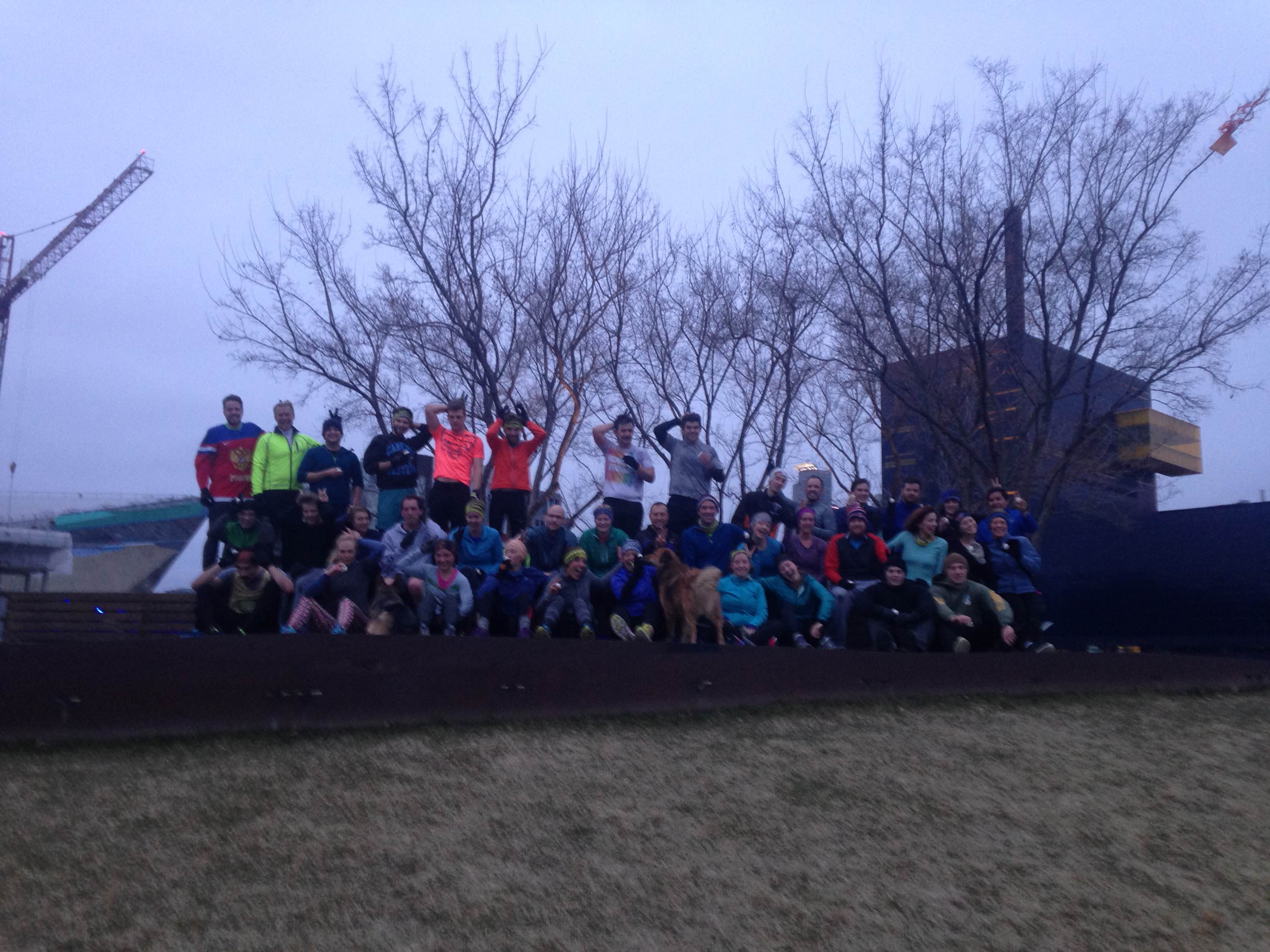 The wind whipped around NP tribe members on this chilly March morning. However, the shivering stopped as we warmed up with “Ka-BOOM!” bounces (everyone huddles tight while one person says Ka.. and the tribe responds by scattering out and bellowing “BOOM!”) and a light right-left, down-up brain and body training (you do exactly the opposite of what is called out).

After the noisy and energizing warm-up, we jogged over to Gold Metal Hill and met up top to chat about this morning’s workout. The workout was a classic: The Big Horn. In this workout we sprint up the side of Gold Metal Hill 3 times before getting a small respite by running up the spiral path that winds to the top. So the pattern goes: 3 Hills, 1 spiral jog over and over and over..for 30 min.

We aren’t THAT boring..there was a little more to the workout today. After each set of 3 hills and before the spiral jog, we did 5 burpees and 5 box jumps on top of the hill. There were also fire drills at ~10, ~20 & ~30- minutes where everyone would gather at the top for 2ish min of group workouts. The 4 workouts completed during each fire drill were: dips, push-ups, flying dutchmen (HUH!) and planks. 30 seconds of each.

One more detail..this entire workout was done while each tribesmen carried a raw egg! Although the tribe didn’t know whether or not each egg was hardboiled or left raw. 🙂 The goal was to complete this HARD workout while not breaking your egg. Surprisingly, only a handful were broken at the end. Great job tribe!

At the end of the workout, a few announcements were made, a photo was taken, and a the Positivity Award was given out to Rob Leduc, a long-standing tribe member that we are happy to see recovered from injury!