What does this silly wooden oar handle mean to me?

It embodies the true value of November Project — if you’re not pulling your own on the oar while rowing, then the boat can’t move forward–if you’re not showing up or giving it all you’ve got at the workout, then you’re not contributing to the community that relies on each of us. I’m going to share how I grew to love NP and it global impact through traveling.

Receiving this positivity award is less about me and more about the people surrounding me. When I first realized the true impact of November Project, it was when I randomly decided to fly to Wisconsin for the first NP Summit after only doing NP for a few months. I had no idea what to expect. I didn’t even know where Wisconsin was. I had never run trails before. I had never run in a crop top before. I didn’t know what chafing was. I just threw myself out there and jumped on a 4 person relay team. I wouldn’t have believed it at the time if you told me I’d run ANOTHER race in a different unicorn crop top. But that happened, despite the chafing. 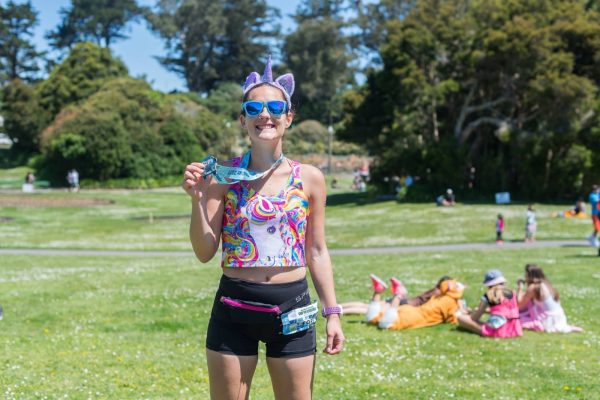 Between NP summit and traveling to 15 NP tribes, I’ve seen the extent of this free fitness movement way beyond Boston or San Francisco. Amazing, welcoming humans are  everywhere. I attended more Endurance Challenge trail races and I met more people. Living in Boston at the time, I met a lot of the DC crew, some NY peeps and more east coast tribes at the Bear Mountain race. Then to think about how I grew up visiting family in LA and then hadn’t been out west since starting NP, I was shocked and had to get out there. Visiting the LA crew was so much fun because they’re filled with energy and more quirky and diverse than SF. I instantly became best friends with people I barely knew and now continue to keep in touch with. Shoutout to Lujan, who my mom still asks me about because we had breakfast with her after a workout and immediately bonded.

This brings me to my other point. I can’t highlight enough, the power of being social in-person. Yes, the NP community is obsessed with social media; however, connecting in person is obviously way more important and I think we tend to forget that.

For those newbies or shy people in NP right now…go to breakfast, go to NP summits, traverbal, go to happy hours, go to all the events, embrace openness and embrace being uncomfortable. I did all of these things all within a few months of starting NP and then continued to do so and now I feel deep connections with so many people. I was vulnerable, scared, and shy (I know that’s hard to believe), but I went to going-away parties for people I didn’t know, I went running with people I didn’t think I was fast enough to run with, I dressed up in a dinosaur costume and the list goes on. 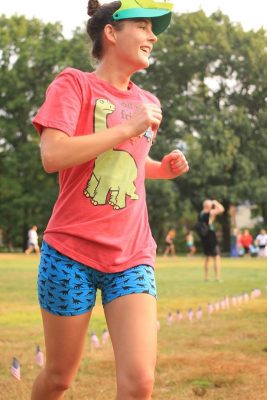 For those people who have been doing NP forever, talk to the quieter people, introduce yourself to the person you’re running stairs next to–they probably won’t bite you and will be happy to meet a new person.

NP Summit is epic, but moving from Boston to SF is also what confirmed the deep community within NP. If you’re traveling cross country, you might as well stop at 4 different tribes along the way, right? People opened up their homes–Tony and I (and third wheel Dan Cahoon) slept in people’s homes we had never met before, who picked us up at the Indianapolis airport (shoutout to Jesse and Ed). We went to rooftop parties in Chicago and had our own decked out Cubs crib to crash in thanks to the Fons, who now lives in Austin and took us on a kayaking bat tour a couple months ago. Experiencing a cat lunch with DG was also not on the list of things I ever expected to do, but we watched his dog Rodney (RIP!) show us all of his toys while DG was in class and then met him for tacos while his cat was in the carrier next to us at the table. These hilarious instances made me even more excited and nervous to meet the SF tribe and call it home.

Once we were in SF, it just wasn’t the same as Boston (obviously). I didn’t want to compare but I couldn’t help it. NPSF had no hype. NPSF was very small. At better than bedtime, instead of partying all night long, some people left to get hot chocolate–this wasn’t what I knew. People were running all the time and not being social. I soon learned that was not the case and that there was a great balance. But before learning that, I was unemployed, feeling really out of shape because of the insane SF hills and lost my desire to run. I felt like the slowest person in the tribe and was really embarrassed. I definitely missed Boston. But NP was the best thing and most consistent thing in my life. I was struggling to find a job, I felt qualified for nothing in this tech-savvy city, and I grew to love and embrace NPSF for what it is and what it had to offer. I now go back to Boston, finding myself missing the small community of NPSF that doesn’t play by the corporate rulebook. 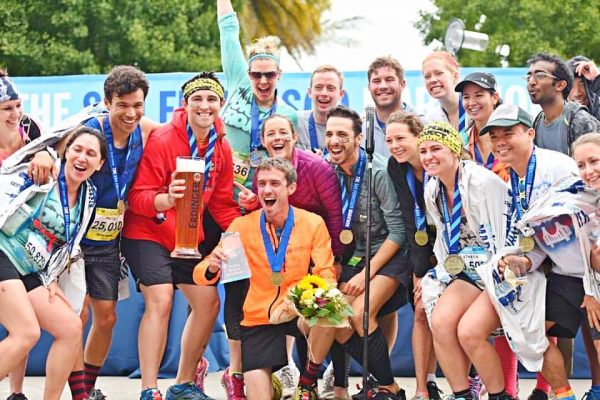 NPSF is small and close knit and fast. NPSF is loving and badass and challenging. NPSF came at a time when I needed it. I’ve made some of the best friendships at NPSF. I got to know everyone in the tribe by going to every workout and breakfast gang. NPSF had gangs–what was that about? Now I call everything gang, embrace the less partying and more running mindset, signed up for my first marathon and ran 3 in a year, PR-ed my mile, 5K/6K, half marathon times, etc. I love NPSF. The important thing here though is not the physical accomplishments but the mental ones. I challenged myself by setting insane goals, mainly because the people I was surrounded by were incredibly inspiring. I was unemployed twice and struggled to find a job, let alone my dream job. I threw myself out there and talked to everyone. I’m so grateful to all the NPSF people who introduced me to people and sent job application links my way when I barely knew anyone. NPSF has given me way more mental strength than I could have asked for. I’ve now found my dream job and find that I’m challenging myself at work like I did with running and life previously. My job pushes me to ask difficult questions and set high goals for myself. Everything’s coming full circle. Because of NP I pushed hard to find an awesome job and because of my job I now challenge my NP friends and ask harder questions. This is not a joke, my CEO told me part of the reason I was hired is because I had run a marathon. He once got advice from someone that if someone has run a marathon it means they’re a good employee. True story.

It’s been 2 years and 4 months since moving here and I’ve never felt happier and more independent. I’m now living my life, being more forward, more accepting and more vulnerable. “What’s the worst that can happen?” I ask myself this a lot, which forces me to ask harder questions and continue to learn more. I’ll continue to spread positive vibes wherever I go and encourage anyone reading this, to be yourself, meet lots of people, welcome newbies and travel to different NP cities. It really changed my perspective on the movement as a whole and I hope it encourages you to keep spreading good vibes, while stepping outside your comfort zone.

That’s all for now! 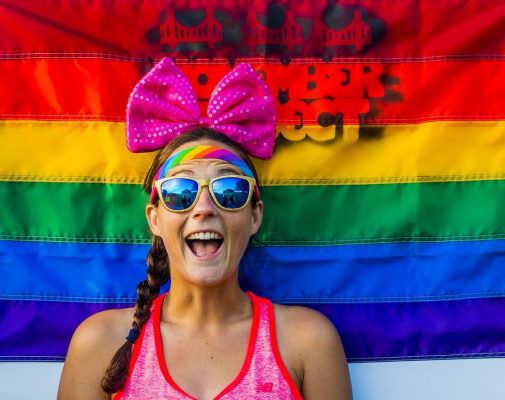