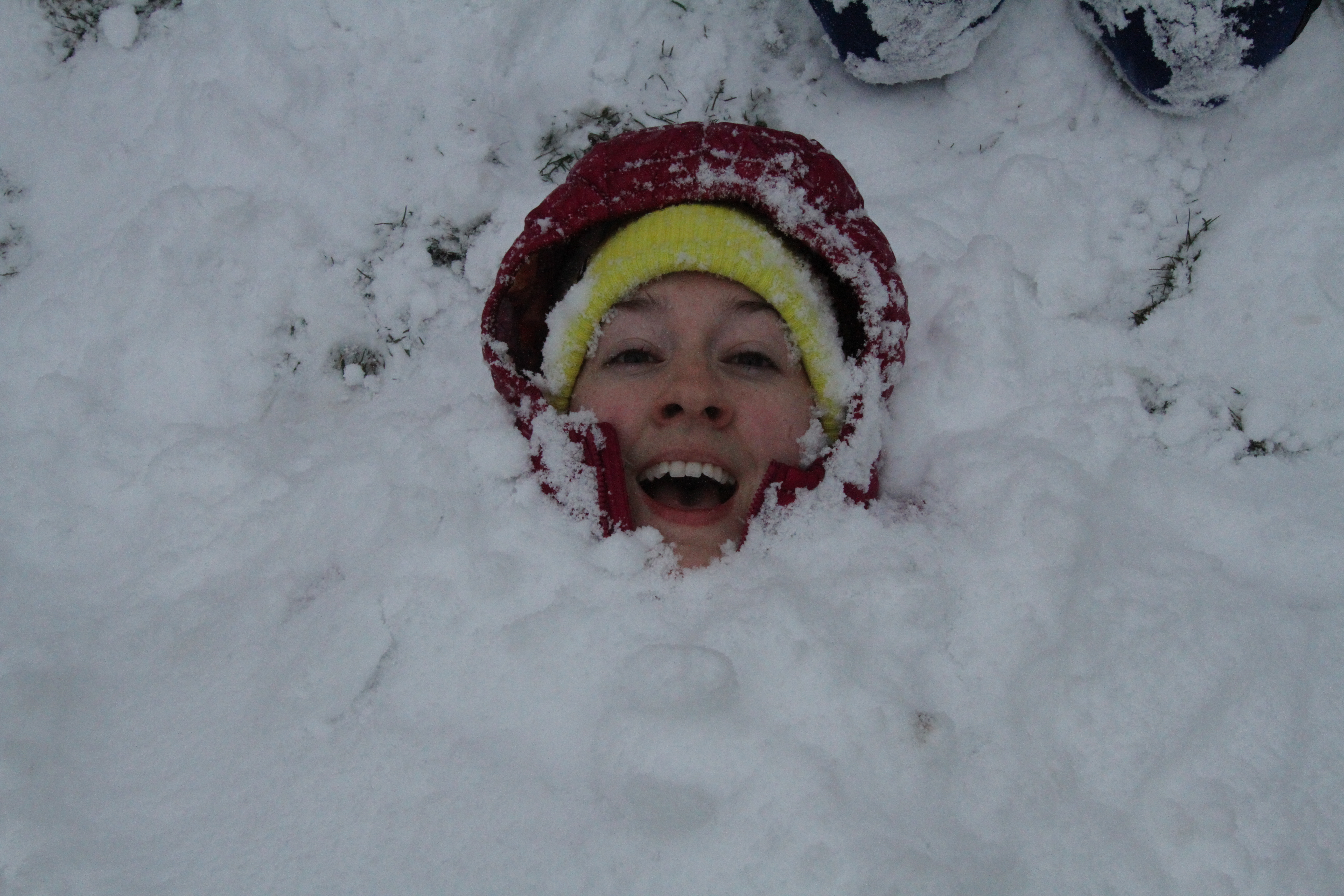 When you were a kid, did you have a pet that passed and got buried in the yard?

I did.  We had several fish.  My brothers’ gerbils.  A few birds that we rescued from our barn that had fallen out of nests and left by the parent birds.  There was a little corner of the yard reserved for beloved pets.  I even made my mom bury a worm I got attached to one day during a rain storm.  Somehow the worm didn’t last long in the bowl in the kitchen.

Charlestown Navy Yard is now the #NP_BOS equivalent of my family’s little pet cemetery–because this morning four of our beloved members: Daniel Rothenberg, Jana Ross, Daniel Adameitz, and Brittany Flaherty were buried alive in the snow, following a fierce and, yet again, FREE workout held by November Project Boston.

They put in a solid 18 minutes of work before their burial.  A fast-paced circuit including burpees by the fountain, box-jumps up the steps, tricep-dips on the benches, sit-ups in the snowy grass, sprint down the ramp and along the pier, bear crawls in&out of the doorways, back to the fountain.  They made us proud and they showed a lot of heart as they flew around and around the circuit. It was hard, and they crushed it.

Then came the moment of truth.  The tribe divided into 4 teams and our fellow fitness fanatics laid themselves down, in honor of the tribe.  In honor of the workout and #racingeverything.  They knew not what was in store for them.  Their teams raced to cover every inch of these four warriors (except their little faces).  Elin captained the team that won–Daniel Rothenberg was the first to be buried completely.  It was a neck and neck race, quite literally between the teams captained by Jana and Brittany–both strangely roommates with Boston tribe co-leaders.  In the end, Jana Ross, aka “the woman underneath the snow,” and “the woman behind all the Capozziing” led the second place team.  Britto made a good showing but her team just fumbled a little with the non-sticky snow.  Surprisingly, we thought Dan Adameitz would have led the charge with is snow expertise from winter after winter in the tundra of Minnesota, but he turned the race into a snow-training session for his snow savages by repeatedly uncovering parts of his body and forcing his team to re-cover him numerous times before completing the burial.  We may have lost 4 strong tribe members in the snow, but we’re all stronger and fitter human beings as a result.

We will miss them, just as I miss the goldfish and gerbils in the pet corner of my childhood yard.

ps. Did someone bury Bojan?  We just didn’t see him this morning.