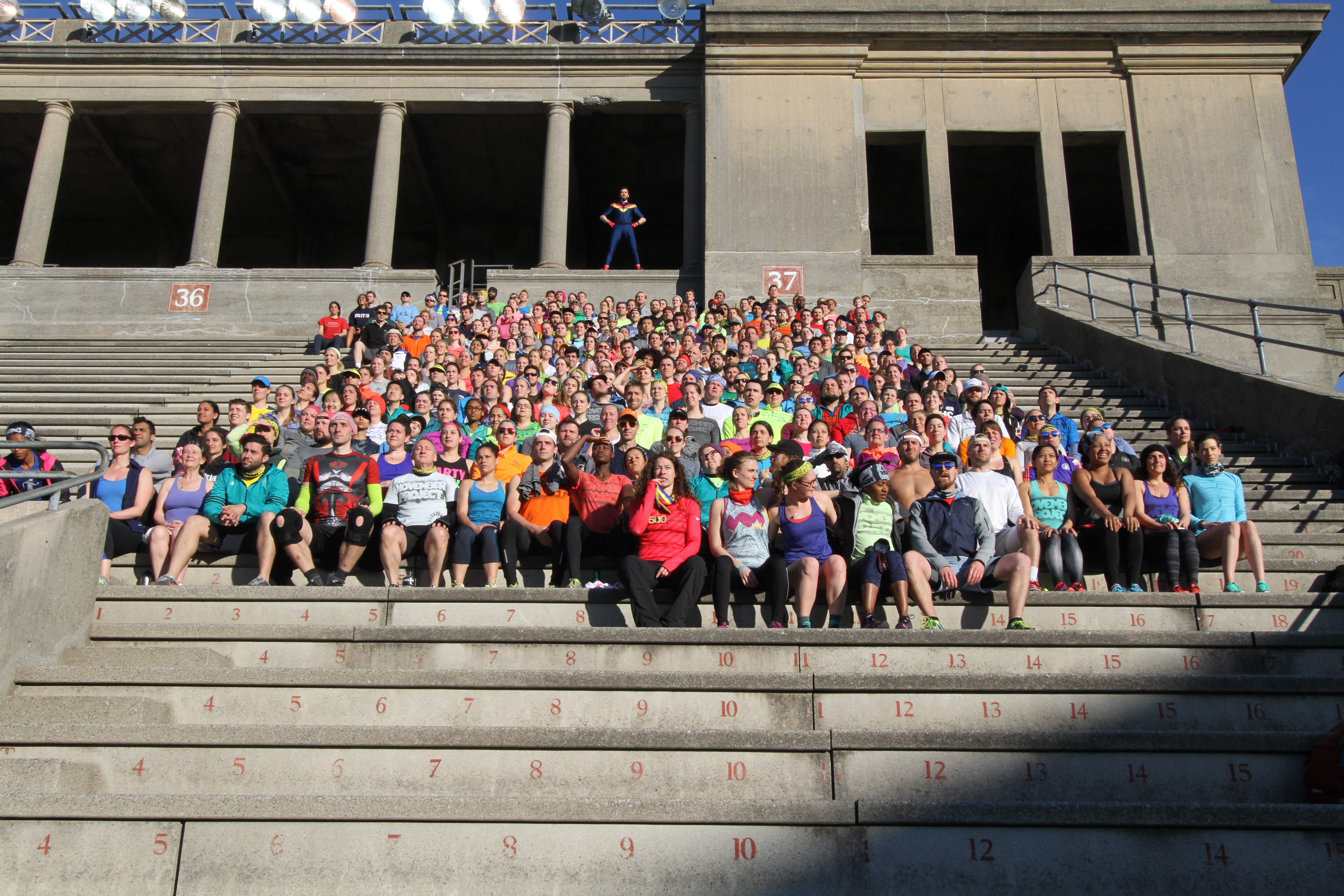 When you say it, you could be referring to the city itself.  As in, that really old city that had a tea party that one time.

You could also be referring to the #Mothership.  As in, the original November Project Tribe, founded by two tall almost-out-of-shape former rowers in a bar that one time.

Or, especially the first 4 months of every year, you could be referring to the Marathon.  As in, the most amazing footrace of all time, which started that one time–120 years ago.

We might have covered the Marathon in this blog over the last week, but I’m going to take one more blog post to try to describe how electric Boston has been during the lead up to and the running of the Marathon.  Specifically, NP + the Boston Marathon = fucking amazing.

The tribe has been welcoming.  Seriously!? If I had a dollar for every time someone from another NP tribe or who used to live in Boston and now resides in a different NP city said, “This tribe is amazing, I never want to leave” …well I’d definitely be able to buy me and two friends a burrito.  Or start a free fitness movement.  But the kindness and open arms y’all have shown the world with your hosting of out-of-towners, your genuine support and hugs at the stadium, up & down Summit Ave., and running to touch a giant pole on Marathon Monday, as well as all the ONE TRIBE love given during the marathon, well that shit matters.  If they didn’t quite understand before, they get it now: #NP_BOS is for real.  Yes, it’s the #mothership so we’ve got some good momentum.  But the core of this tribe is so hard core, it’s pretty fucking amazing.

The tribe has been active.  The number of people showing up at workouts reminds all of us how good it feels to wake up early, lace up those kicks, and #JustShowUp for the hugs, for the sweat, for the free-est of fitness around.  That swell of new faces and familiar face alike is a powerful burst of excitement…of community…of awesomeness.  We’re surrounded by amazing human beings in motion–running hills, stairs, marathons and hydration stations.  We bike back and forth on the course in the midnight hours before the marathon.  We run back and forth on the course supporting runners who are inspiring us with their speed and determination as well as with their pain and struggle.  We meet up, hang out, pound beers and burritos.  Our fitness game has been on point and our social game has been really strong.

The tribe has been kind.  The tribe has also been really fucking good at whatever we do.  There were many many amazing journeys down the marathon course this year by NPers, with lots of different endings but incredible heart in every single one.  There was a hydration station that not only fueled 32,000 runners with Gatorade and water, but more love and encouragement than anyone could have expected.  And those of you still at the Mile 18 water station when there were a mere 125 runners left on the course–you know what happened, but the world doesn’t.  The volunteers had been instructed to start taking down the water station, which allowed NPers to do what they do best.  The tribe took turns running down to the bottom of the hill before the 18 mile marker and running beside, walking with, and sharing the effort of that hill with runner after runner who was making their way toward Boston.  They moved in solidarity, because we know how much better it is when you do the hard shit together.  They created a finishers’ tunnel for runners to walk through–to feel the inspiration of victory all the way through the course.  And for every single NP runner who passed mile 18, you know the wave of adrenaline and surge of joy that hit when you heard the tribe cheer for you. It was fucking awesome.  Also to note, was the Marathon Officials’ report from the Brookline Pedestrian Crossings (which where run almost entirely by NP tribe members):

“The November Project people were fabulous – cooperative, enthusiastic, and very helpful. Everyone returned from their mid-day break earlier than we had asked, and stayed until we sent them home. We had one volunteer no-show, someone for whom there was no contact information provided, and she wasn’t part of the NP.”

I also have been told personally by the officials who assign volunteers that November Project is critical to the success of the Marathon because of how reliable and fucking amazing NP people are.  That’s almost his exact quote, just you know, minus the “fucking” part.

I guess what I’m trying to convey here, is that if you don’t feel the hype, if you haven’t read the book, if you haven’t seen the news broadcasts, and if you haven’t realized from social media, November Project is taking over the world and the City of Boston in the last week is hard evidence for that.  Keep talking about it to your friends.  Keep inviting strangers to #JustShowUp.  Keep wearing your #GrassrootsGear and reminding everyone how dope it would be if they had their own.* Keep working really hard every single workout.  It’s fucking amazing.

Today we ran some badass stairs in Harvard Stadium, for 40 sections or 40 minutes, whichever came first.  Good prep for next week, which is PR day.  The tribe was huge and strong.  If you weren’t there, then you probably have no idea how Tortilla Face turned out (or what the hell it is), but you’ll definitely want to find out.  We will keep being weird and fun, and hard core and badass, and the BEST WAY TO START YOUR DAY.  Record your time/sections for 40/40 here.

VERBAL for Friday at Summit Ave right … HERE.  See you there.

*Tagging is next week–the Last Wed of the Month.  Get your sweet ass #GrassrootsGear when you come for a sweet ass free workout.