Wisconsin notes: LAX may not be 100% weatherproof (we’re a work in progress) but we like to have fun while we work out and have a sick 90’s summer hits playlist.

It’s true that Los Angeles has it pretty nice during the so called winter months.  Sure we have a few days of chill where it dips into the 40’s (or gasp 30’s) but for the most part it’s all sunshine and rainbows.  But come on Los Angeles.  Today was OUR day to show the world that we were weatherproof… Yeah ok moving on. 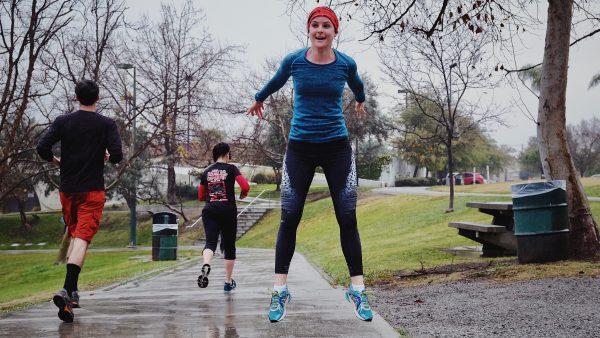 We had quite a few people verbal on the IG story but I want to give a shout out to Kevin who merbaled and showed up to crush a double workout.  He even helped me collaborate on a new workout move called the bicycle donkey kick.  It’s a great one, I promise. 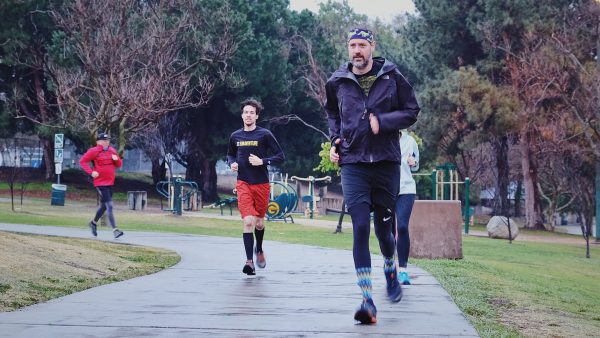 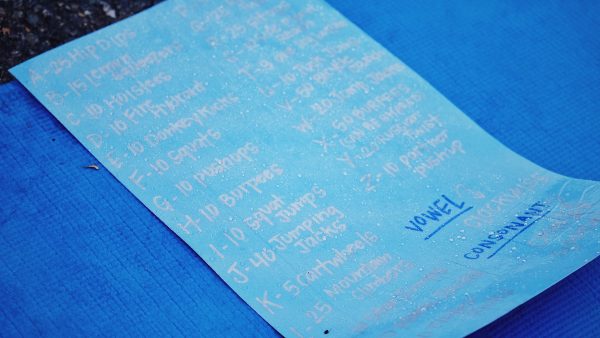 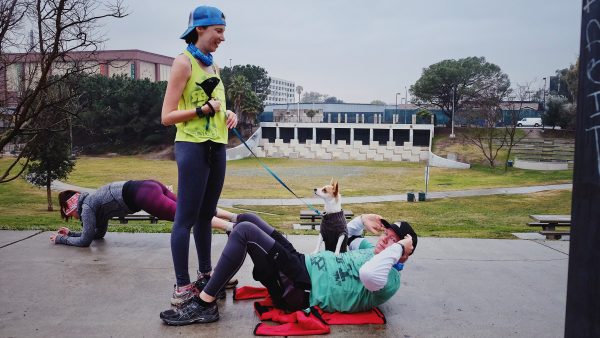 Everyone had a ton of fun (including our furry friends) despite the last minute drizzle.  I mean, it’s Friday and you’re at November Project, what could be better?

Sunday March 18th – LA Marathon! There are STILL spots for the Mile 22 Water Station: Sign up here to volunteer!  Awesome way to pump up runners during a tough part of the race!!  Stay tuned for details on a potential poster making party.

GOALS: Feel free to update your goals for the year HERE.

FUN FACT: Did you know that salmon colors can range from white to deep pink?  Many of us were rocking the salmon color palate this morning.  So fresh.  Anyways, it’s based on the level of carotenoid astaxanthin or how rich of a diet of krill and shrimp the fish feeds on.  Farmed fish are given artificial coloring so not as cool.

JBB is back next week and that means more fun, probably a longer bounce, and most likely more weird.