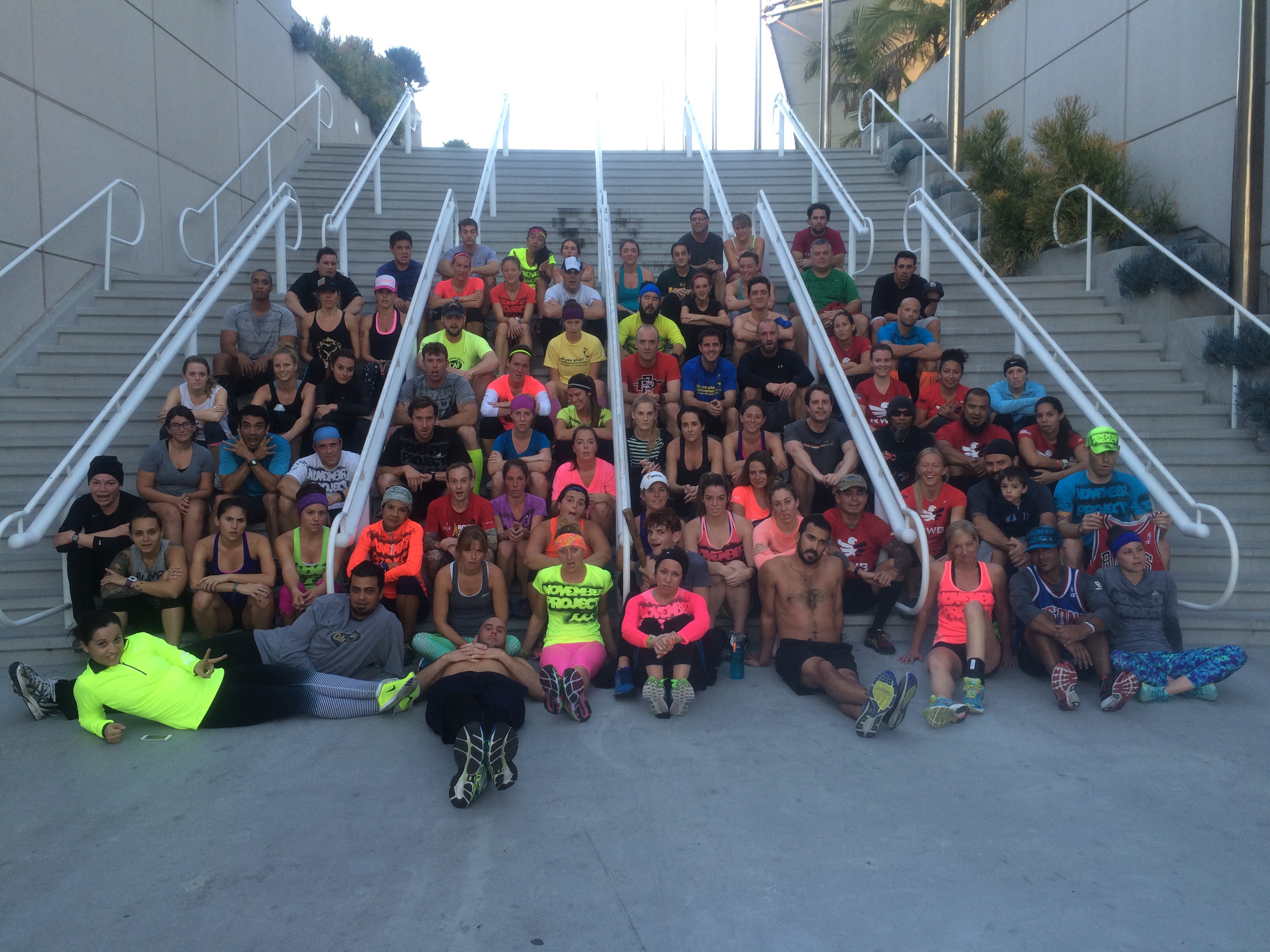 The ground began to tremble. The faint sound of humans stirred me from my slumber. As I shook the morning dew from my wings the cries became louder…the group obviously growing in size. Obscenities were shouted in slow motion and the mass began to move as one. Taking flight I took my post, an hour early for my watch. The humans were clad in bright colors and seemed to be outwardly fond of each other. Still unsure of any impending threat, I surveyed the sea of humans and took note of three who appeared to be in charge. Leaders in an army of neon muscle. Then. They began to really move. The trembling ground began to  quake. With each earth shattering step I could see their quads growing in size. Like the Hulk, they’re strength seemed to magnify exponentially with each push up. It was then I noticed the first casualty, a cockroach, who’s identity remains a mystery, had not survived the stampede. Mentally making note of my new mid morning snack, I wondered if it would ever be safe to intrude upon these savages. On and on they ran, never appearing to tire. I was about to call in reinforcements when as suddenly as they had started, there was silence. They huddled together, perhaps to seem even larger. On command, they dropped their jaws, groaning and swaying. When it dawned on me, what they really were, I went full bird and shit on the sidewalk – the Zombie apocalypse had arrived…and that damn cockroach would never be mine. Good luck world, save yourselves!

Be Happy. Be Strong. Be BRIGHT!
Here’s some boring but SUPER IMPORTANT STUFF:
– Don’t miss Monday, whatever you do.
– Check the page for #NP_HOMEWORK. Time to get #inappropriatelyfast.
– Starting in FEBRUARY, #grassrootsgear will be tagged during the Halfway Hump (2nd Monday of the month) only. You are limited to ONE shirt per month. Save your leaders some brain cells!
Share via socials: