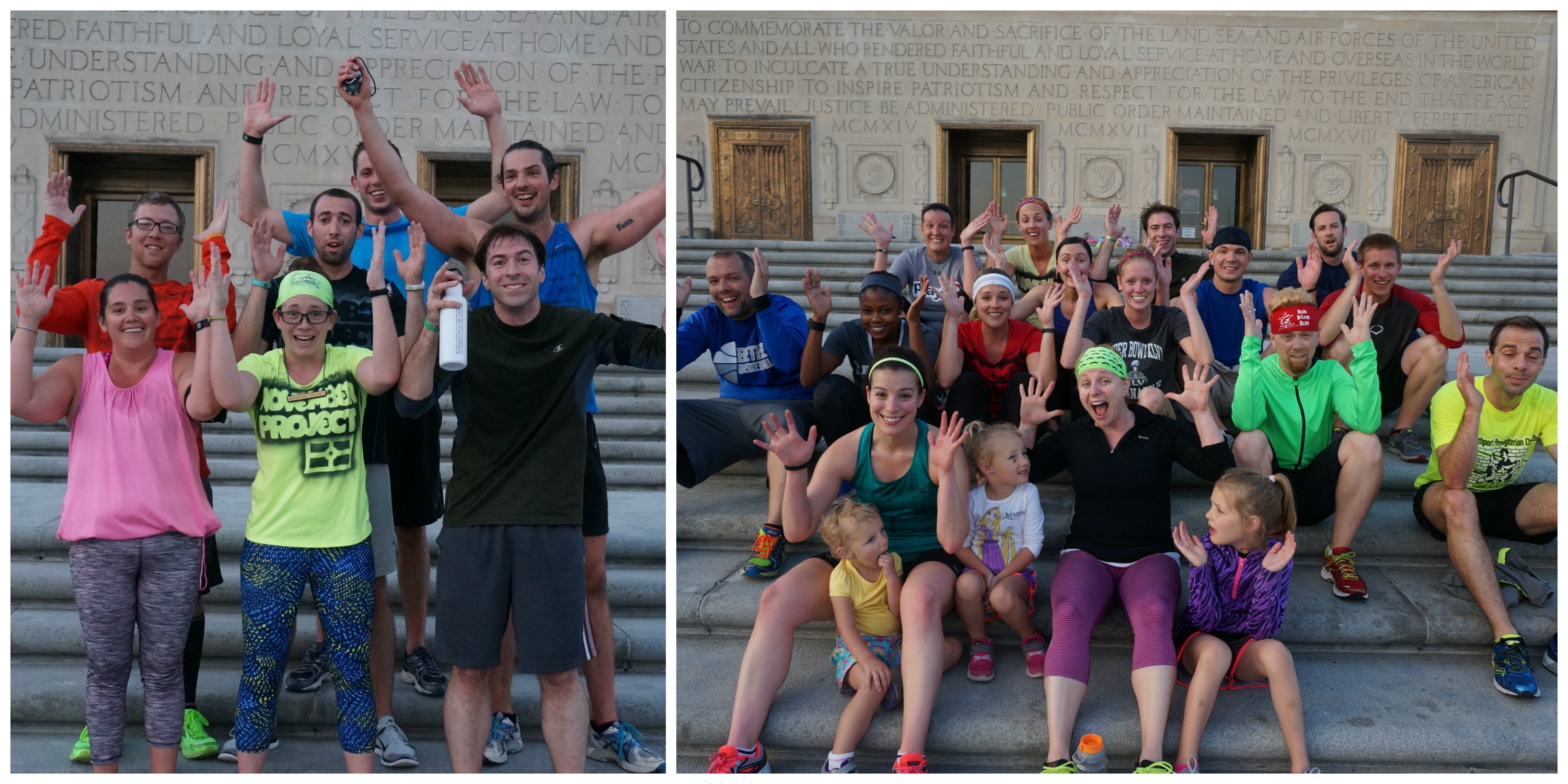 Today the tribe paid homage to area code 812, which encompasses the southern portion of the state, home to Indiana University, “Kentuckiana” and a few hills.

The Nighttime turned to Daytime in the bounce with some funny animal inspired impersonations that can be found here.

As the sun rose over the buildings (very poetic) and after an #UpAndOver to warm up, pairs of three rotated between stair running, pushups, and v-sit holds for 8 minutes on the north side. On the south side the same pairs of three ran stairs, plank-walked sideways, (yes, that’s right, sideways) up and down said stairs, and did some “tris for the guys” aka: tri-cep dips.

After the rounds of 8, and the “are we done yet” faces, the real fun ensued. Pairs of three did hoistees for 1 straight minute on the north side and we then crawled back #UpAndOver with lead filled legs. Because everyone knows after your hoistees you need more jumping, the tribe box jumped up the south stairs for 1 minute.

The round of 2 involved some teamwork. Pairs of three planked and bounded over each other in a caterpillar like fashion on the north side landing, during which JoeyMac showed us “crying baby pose”. The last round of 2 minutes on the south side combined an Indian(a) run up the stairs followed by burpee tuck jumps at the top of the landing. More jumps, yay! #KneesToBoobs.

We decided to sit for the picture, so all the beautiful faces could be captured by the camera. In hindsight, that may have been a mistake because no one wanted to stand back up afterward. Does Breakfast Club deliver?