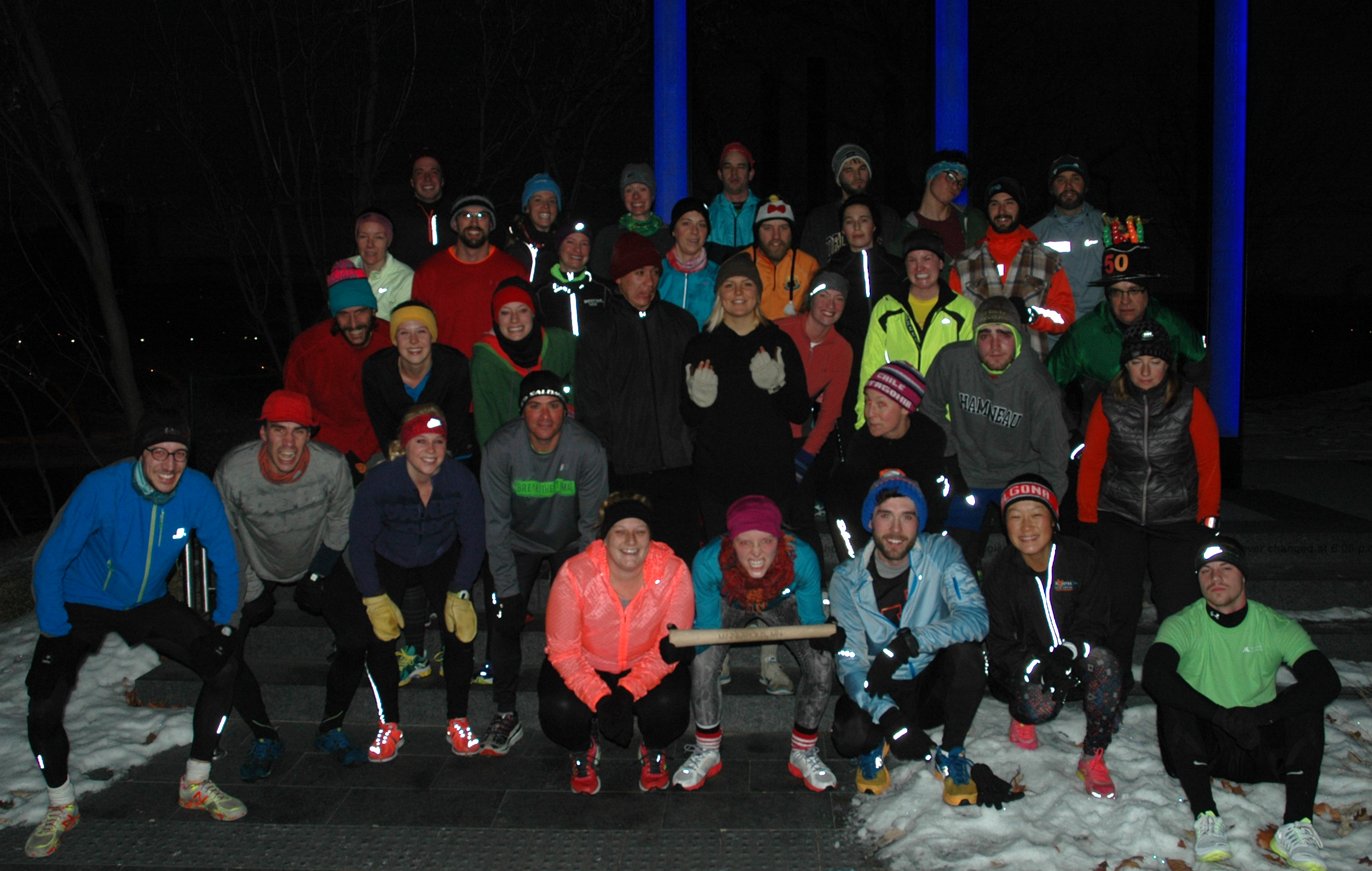 Or at least your workout is, and the fate of your physical status afterwords.  November Project Minneapolis tribe members kicked ass this morning on a mash-up between our traditional hill workout and a destination deck.  But before we get into that, I need explain the warm up..

Tribe leader Ben thought it would be nice to honor tribe member Rob Leduc in celebration of his 50th birthday today with a set up boys vs. girls push-ups. The group divided into two lines and the boys (and Cyndi) started off the push up count with 1, then 1,2, etc going up the ladder until the group reached 7 consecutive push-ups and then made the climb back down the push-up ladder. The girls echoed each of the boys sets and the group took off on a quick jog around the Guthrie for a warm up.

The tribe stopped at the top of the well-known 35W bridge monument (top of our hill) where tribe leaders explained the card workout to tribe members.  The workout consisted of running down to the bottom of the hill, retrieving a card from bucket 1, then ascending the hill at a fast pace and depositing the card into bucket 2 at the top.  Each suit in the multiple decks used symbolized a different workout. Hearts were push-ups (because we love them so..), clubs were flying dutchmen (hiiiya!), diamonds were hot-footed lizards (I got nothin’ on that one), and spaids were a quick jaunt up the spiral hill next to the Guthrie.  30 minutes was put on the clock and tribe members went to town.  Coincidentally, the time and cards both ran out and the tribe trekked up the hill to hear some announcements and take a family photo.

The lumberjack award traveled from tribe leader Ian to the back of tribe member Mike, who kicks ass consistently with us every week.  The positivity award was given from tribe member Guillaume to tribe member Cyndi (I couldn’t tell you which one is more positive, they’re both incredible).

With sore arms, legs, and butts the tribe still grunts, growls, smiles, and hugs.  The tribe was sweaty this morning. The tribe worked hard. The tribe is strong.