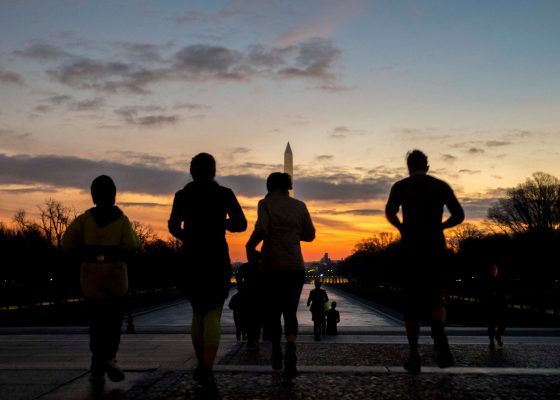 An early January Wednesday such as today reminds me of my first NP workout three years ago. I can’t say I remember all of the workout, but I have a few vivid memories:

At the end of this thing I’d later learn was called “The Bounce” there was A LOT of yelling during a call-and-response. It sounded a bit jumbled to me. What. Were. They. Yelling?

There was this man, Ron, going out of his way to introduce himself to me, the cleary confused new guy. 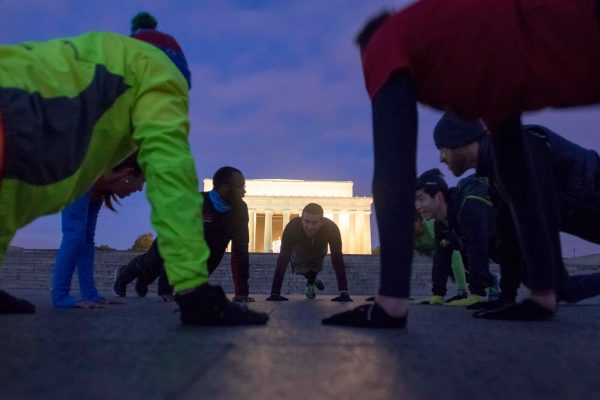 There was Jack, now of NP Baltimore (come back, Jack!), shouting encouragement on the stairs in between breaths. I think he might have known my name. He might have just called me “man” (always, a safe go-to for the first time you forget a name). The point is he was yelling, encouraging the new guy.

And after the workout and a group photo, some people were giving money to the guy in charge, the skinny dude with the beard. So this must be where I pay for the fitness, I thought. But why wasn’t everyone handing cash to the guy? Ahh, fuck it, I thought — I’ll skip out of paying this time.

BOY, did I not have a clue! (I’d later find out that this shit was free and that people were only paying for these weird things called “Buffs.”)

——————-
My point here is that while anyone who’s gone for a while “gets” November Project and understands EVERYTHING, even for the most consistent “new people” it can be as confusing as a “traverbal” — especially during these winter months when it’s dark for 85% of the workout.

Hey, I’ll admit it, I’m a slow learner. Most new folks probably pick up the nuances of NP a lot quicker these days than I did three long years ago. And, of course, many people come to NP for the first time with a friend who shows them the ropes, or most of them.

But for those brave souls who come solo for Workout No. 1, I commend you and please know that if shit doesn’t seem to make sense at first, that’s OK, that’s normal. We’re here to show you the way, and the Rons and Jacks and everyone else who’s been showing up for a long time are also here.

FRIDAY: Barry Farm Rec. Find out the location & verbal for it HERE