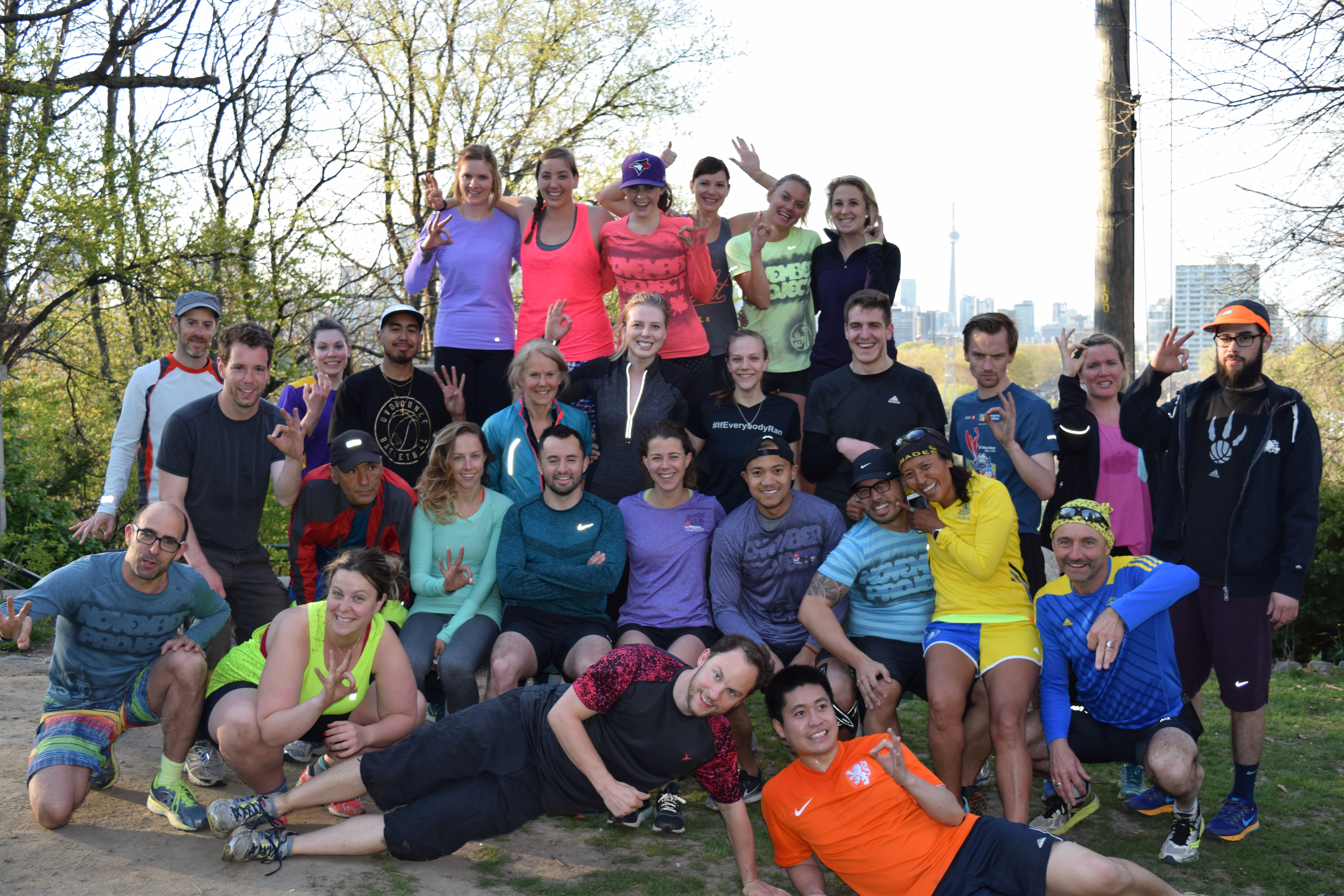 …doesn’t actually stay in Toronto. Because this isn’t Vegas (sorry if this comes as a shock to anyone). Because Tony from Calgary was there this morning throwing down with us and he’s going to go back to Calgary and tell them all about it. Because people talk to people, who may live outside of Toronto. Because there’s this thing called social media that we use to broadcast how much fucking fun we’re having every Wednesday morning. It’s not quite a brag, but it’s pretty close. It’s like, “This is how much fun we’re having. This is how much fun you could be having too: come and join us.” People visiting Toronto from other cities know that we’re here, and they come to workout with us. Simply because we are who we are and we do what we do. And we can do the same. If we’re in another city, be it one that we’ve known for years or are visiting for the first time, if there’s a tribe there, we can just show up. There’ll be smiles and hugs waiting to welcome us, and damn good workout. Whether we realise it or not, whether we take advantage of it or not, that community is out there for us. I think that’s pretty cool.

I actually had planned to write something else, but I got carried away with this whole topic of fun so I just let it flow. This morning was awesome, and that’s not just the Krylon fumes talking. Nor is it just a stock phrase that I use every week to build up what we do. I truly believe it, I believe in what we’re doing, and I believe in each and every one of you. I love 6:29am, I love chaotic Vegas-style workouts that somehow make use of cards, dice and burpees too. And most of all, I love that it’s sunny and warm enough that I don’t have to wear gloves and that spray paint doesn’t freeze and that there’s enough light now to take some photos. This shit is good.

And of course – congratulations to Karl, who took home the Positivity Award. Karl always has a smile on his face, is one of the first up with hugs, and has a pretty impressive beard to boot.