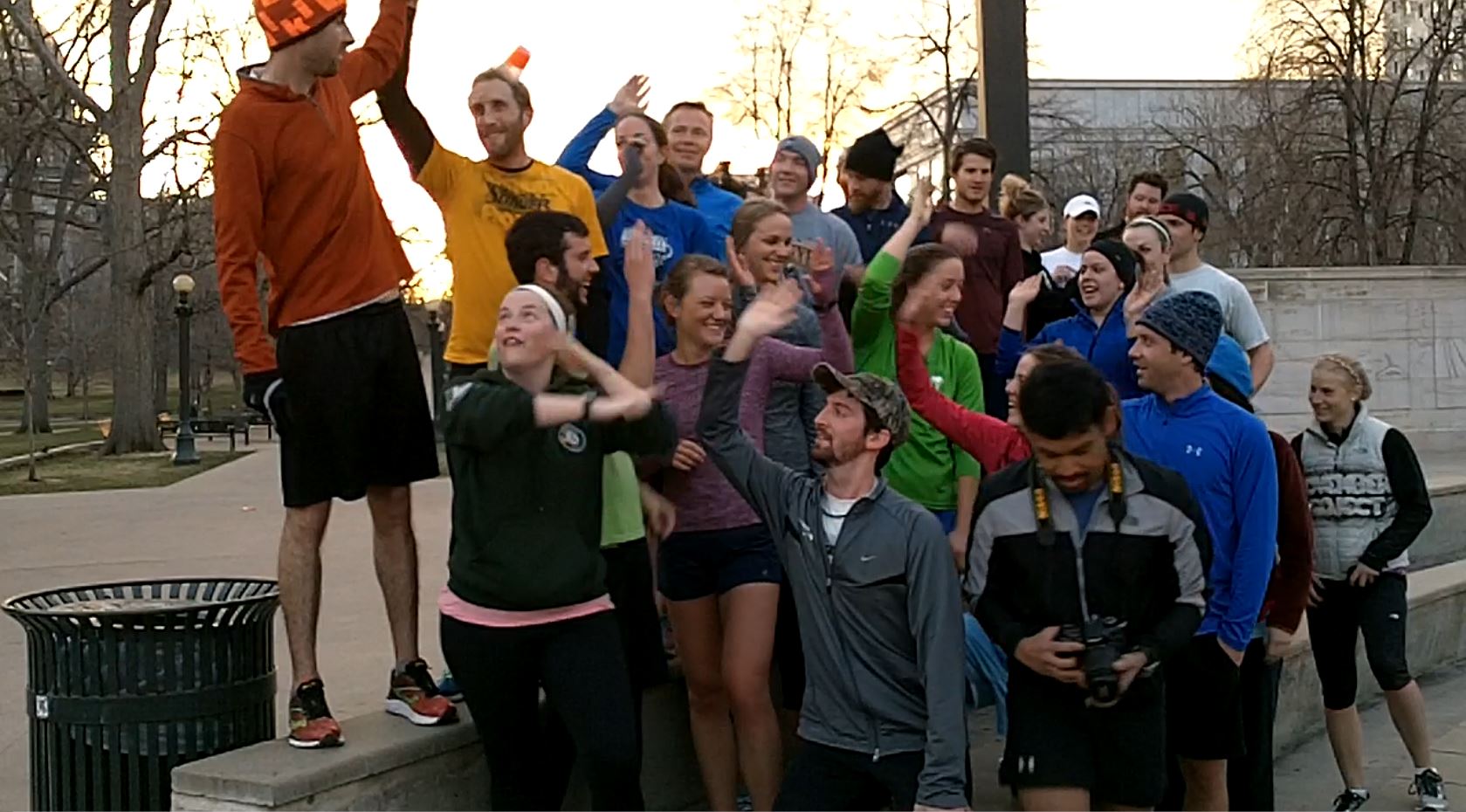 At the beginning of the month, the weather conditions reinforced  prior learning (from kindergarten) that March comes in like a lion. And today, as we raced PRs for the last wednesday of the month, the hypothesis about lions and lambs in which March is then expected to go out like a lamb was proven by the fact that Chad was not the only person wearing shorts. Speaking of Chad, he won the positivity award. Chad can also be found in the dictionary as C3 (Crewnecks, Corn and Chad).

Other notable things that took place this morning: Sharks ate minnows for breakfast. Nikki (to be nicknamed) and Kaitlin (Flo/rump shaker) were left to repopulate the earth of it minnows. Keith delivered on Monday’s drunken recruits. Newbies came. One of their names ryhmes with Julia. Two people ate stairs. One person took a poop break. Other people called them out on the poopbreak. The sun rose. All newbies PRd. People ran fast. Other people PRd. People took their clothes off. People were missed. People hugged. Chad still loves Iowa.

Most importantly, we’ll see you Friday morning at Govs park for some hills. We love you. – Mass General Molly