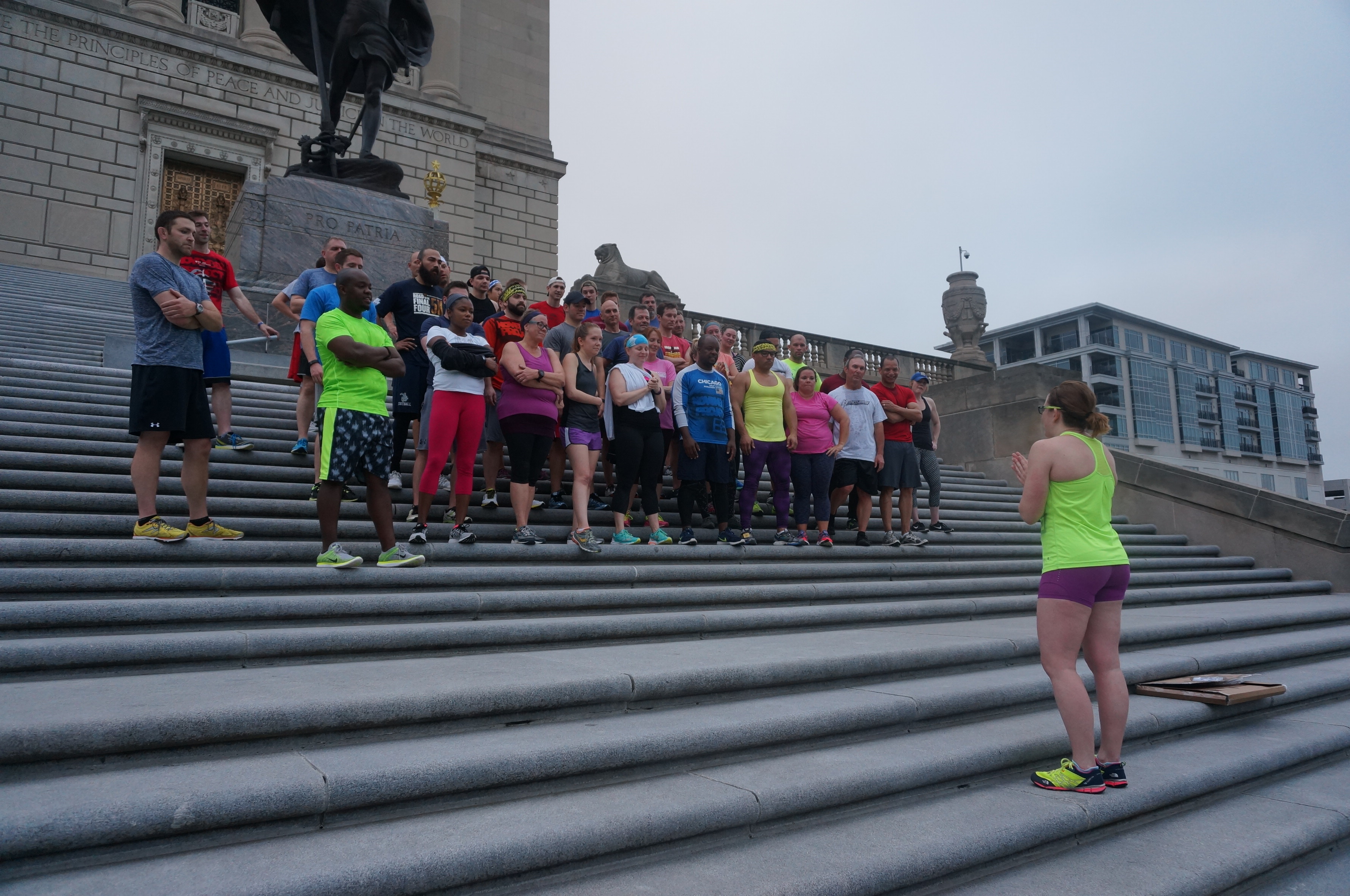 Bittersweet.  That is the one word to describe today’s workout.  With one of the largest turnouts I have ever seen for both sessions as well as a record number of “doublers”, the NP_IND tribe came out in force to show the love for Bobbie’s last day.  Her farewell post is forthcoming and will be undoubtedly be very sweet, thoughtful, and insightful.  Which is pretty much the opposite of my blogs, so I will allow her to address her departure.

Bobbie’s last stand took place on the South stairs with the tribe members making a “T” formation.  The route was to start out on the corner of the sidewalk with 11 pushups, run on the sidewalk one block west to the other corner where 11 walking planks awaited.  Once the planks were done, we ran back to the bottom of the south stairs, all the way up to the gold door where two decks of cards were placed.  Then it was an old fashioned game of “high-low”.   Low card sprinted around the top of the memorial while the high card held a wall-sit until the sprinter came back around to the front.  Repeat for 30ish minutes.  And as a little spice we gave Bobbie on last parting standoff with Sally to send her on her way.

Long blog post, I know, but it’s a big day.  I’ll be funnier next week.  Speaking of next week…It’s Bike to NP day!!  If you can, ride your bike to the workout, but either way dress in your best cycling/biker attire.  I wanna see some shammy’s.

We Love You Bobbie!!  Hug you soon!