A little while back we asked one of our most consistent members, Mark Noviski, to write a guest blog for us. It has been so damn fun to watch Mark transition from “eh, I am not really into this thing” to leader of the world-renowned #rungang, burpee challenger and racer of every damn race he can sign up for. You all hopefully already know Mark, but if not, read a little more about his story here and get to know him. He is at every workout.

Every one of us has a mix of traits, labels, quirks, and identities that we either accept as fact or wish to change. Throughout most of my life, I embraced my identity as one of those “nerdy intellectual types” who drew comfort from the constant positive reinforcement of good grades, test scores, and academic awards. These things, despite how superficial they are, helped me deal with (or at least whitewash) difficult inner struggles: being a shy new kid at a big high school and being a closeted teen in a conservative family. Even though I didn’t like it, I came to terms with being the least athletic of the Noviski siblings, the last kid picked in gym class, and the cold and disconnected guy who spends too much time studying. This was simply the price nerds had to pay for success in school, right? The good with the bad. It all balances out. 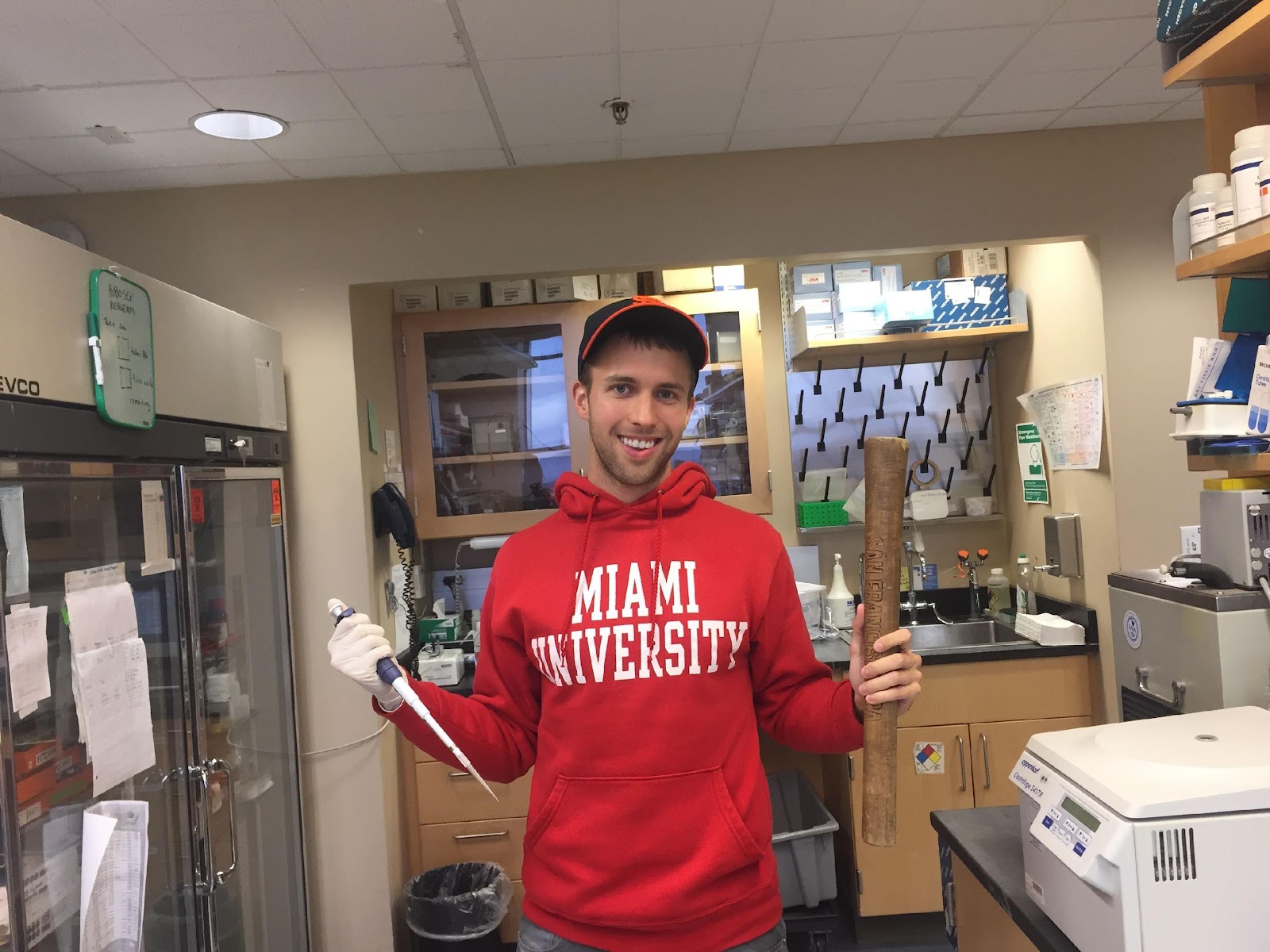 Except when it doesn’t. During my first year and a half of grad school, things started feeling strange. I was having a great time on the surface. Exploring one of the coolest cities in the world, going on all sorts of crazy fun dates, meeting tons of scientists who had the same aspirations as me. But after all the novelty wore off, I started facing the harsh reality of living 2500 miles away from my family and working in a field notorious for constant failure. There I was, a scientist with no publications who “knew” that any good experiment was a fluke or about to be published by another group. Given a steady diet of paranoia, even the smallest failures could push me into a rut. 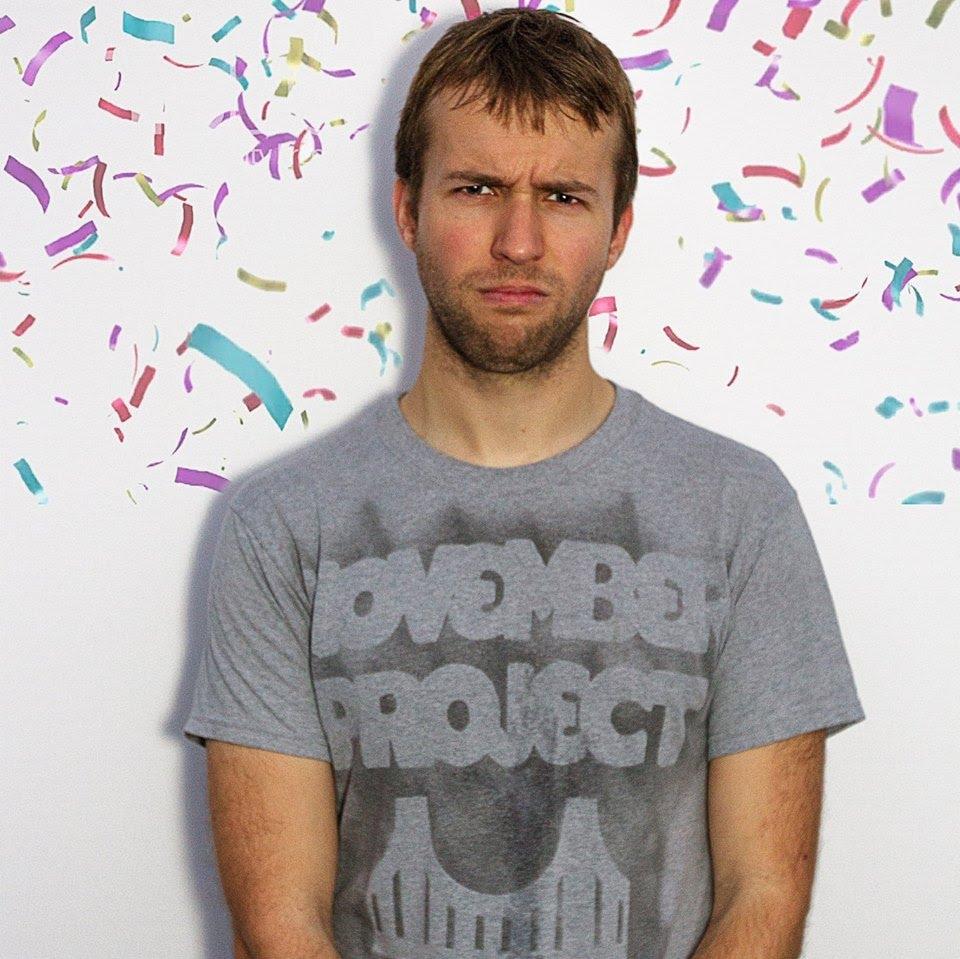 I was thinking about New Year’s resolutions when I asked, “Hey Paddy, what’s that November Project thing you keep getting tagged in?” I thought I needed to treat myself to a vacation, but what I really needed was a change of heart. I spent my first few months in November Project on the fringes, suspicious of all this hugging and seemingly masochistic workout routine. After all, I was a shy guy who thought running and waking up early were for anyone but me. I still can’t pinpoint why I came back after the first workout made me throw up behind a tree (while attempting to hide this activity from Sam Livermore). Maybe it was the feeling in my (then empty) gut that November Project was something special. 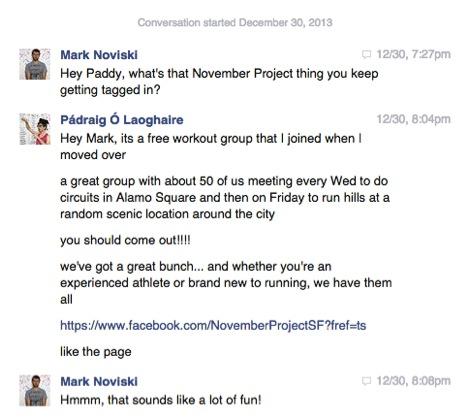 The past year and a half have been filled with opportunities to learn about myself and push myself to do things I never thought possible. 5k, 12k, half marathon, 30k. Painful 2-mile jog, bearable 7-mile weekend run, casual 15 miles in the mountains. Dead fish on the ground, middle-aged housewife pretending to be Jane Fonda, crazy guy doing burpees for fun. Silent guy who just mouths the chants, person who shows up at workouts regularly, storyteller who gets people to run to all the workouts with him. Little by little, I’ve learned that the assumptions I had about my physical abilities and social paralysis were little more than a wall I built to keep myself comfortable. Now I’m surrounded by people who want to push their boundaries and become the people they never thought they could be. 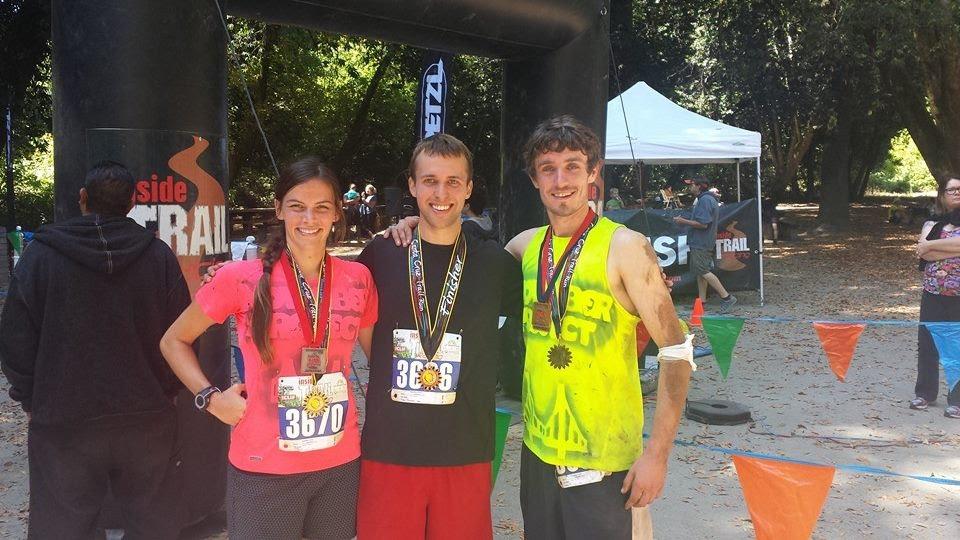 But it’s more than that. It’s about stepping away from all those labels and realizing you’re more than your job, appearance, accomplishments, and race PRs. It doesn’t matter if you’re cashing out your IPO, or if you’re just scraping by. If you’re winning ultramarathon races, or if you’re running your first 5k. If you’re black or white or Latino or Asian. If you’re gay or straight or bi. If you’re young or old. If you’re cheering for the Warriors or for the Cavs. If you’ve lived here forever, or if you arrived last week.

You still get a hug.