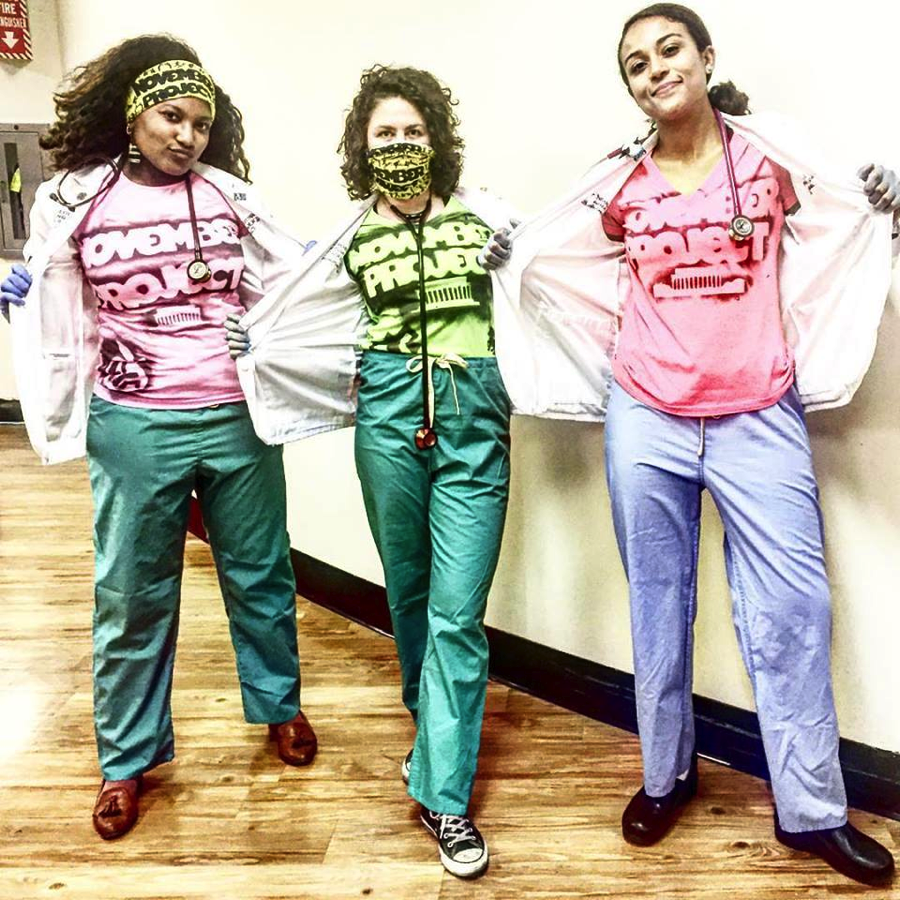 It’s a weekish late, and no dollars short. GOOD LUCK TO CONNECTICUT, you may need it…

Four score and two years ago, our beloved Sasha convinced me to #justshowup to this crazy thing where creatures run and hug and burpee and chin-tickle and stuff at sunrise. Two years later and she was still at it. Just last week she convinced Rocky and me to join for her “last NP workout” (before she graduated medical school and moved away to start her residency in pediatrics… at Yale #humblebrag).

You gots to understand, Sash love the kids

And so we got our overworked-med-student asses to the workout Wednesday morning to join the tribe in saying our bittersweet goodbyes. Kaelan even made an awkward announcement about Sasha leaving us to save the children of Connecticut, only made more awkward by Sasha’s declaration that she would actually be at the workout on Friday—whoops.

So, once again, Sasha convinced us that waking the sun and running for fun on a Friday morning were good ideas. And we weren’t the only ones she persuaded. I present to the tribe Exhibit A, testimonial from a betrayed Matthew Hudson:

“I remember it clearly.  It was Wednesday at 6:28 AM and I just finished my stairs for breakfast.  As I was taking my first step away from Lincoln, I heard a voice say, ‘Hey, Matt!’ and I turned to see it was Sasha, my moped-loving Ragnar teammate.  ‘Are you coming to the workout on Friday? I’ll be there,’ she said.  I hadn’t planned on going.  I actually hadn’t been to a Friday workout in nearly six months, or longer. As a direct result of the questioning of Sasha, I decided I would make it happen and just use some good ol’ government leave in the morning.  I even verballed on the tracker!  But then, much to my (and so many others’) disappointment, she was nowhere to be found on Friday.”

That’s right. Sasha broke her word. Ladies and gentlemen of the jury, may I present to you, Exhibit B:

And, for no reasons other than Sasha’s continued embarrassment and the tribe’s viewing pleasure, Exhibits C, D, and E:

We’re not mad, just disappointed. Sasha, we missed you. And in all seriousness, we’ll miss you. Go kick ass in Connecticut and make us proud!